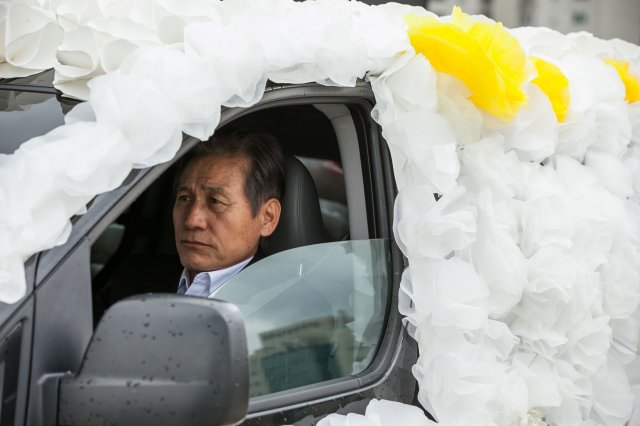 No matter how many years or how many films he acts in, it will always be a pleasure to watch Ahn Sung-ki starring in a movie. "Paper Flower" is no exception.

"Paper Flower" (festival entry) will screen at the next edition of Asian Pop-Up Cinema, during the Fall

Seong-gil is an old mortician, who, having financial issues, decides to sign a contract with a large-scale funeral service company, despite knowing the money-first tactics they implement. The main reason is that he also has to find money to pay for a new caretaker for his son, Ji-hyeok, who, after a terrible accident, is paralyzed from the waist down and has suicidal tendencies, not to mention being always extremely angry to the point of having scared away a number of social helpers. The solution comes from Eun-sook, a single mother with anger management issues, who has been laid off from another job recently due to her temper, and also has to hide with her kid daughter, No-eul, from the authorities, since she has to serve some time for actions revealed later in the film. With both having no alternatives, Eun-sook, who moves in the same building, becomes the caretaker for Ji-hyeok, and her cheerful- against-all-odds attitude eventually rubs off on him and Seong-gil, whose relationship has been almost war-like for years. At the same time, Han-soo, a man who runs a diner feeding the poor and homeless for free dies, but both the funeral house Seong-gil works for and the city council deny acknowledging his contribution to society and giving him a proper burial. The homeless pressure Seong-gil to go against his boss, and he finds himself in a harsh dilemma.

Go Hoon directs a film that works in many levels and makes a plethora of comments through a number of genres. The dysfunction of families in modern Korean society is the most obvious one, as exhibited by both Seong-gil and Eun-sook's situation. The despicable practices of big companies even regarding death and funerals are also highlighted, as is the lack of appreciation of the members of society who truly give to the people, by the authorities. Regret, pain, forgiving, and the consequences the lack of communication lead to are also explored on a secondary level. 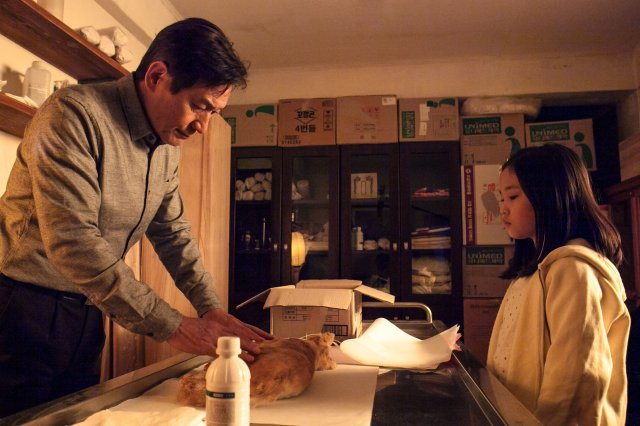 Regarding the different genres, the film starts as a comedy, with little Jang Jae-hee stealing the show as No-eul in that regard. The comedy keeps for almost half the duration of the movie, despite its dramatic base, in a tactic that definitely benefits the entertainment it offers. The transition to the drama is also quite good, as it appears gradually, in a very smooth manner, a trait that highlights Go Hoon's direction. Close to the end though, Go Hoon did not manage to avoid the omnipresent tendency of Korean cinema to become melodramatic and a bit excessive script-wise, in an element that faulted the overall quality of the film, to a point at least.

Probably the best asset of the title is the acting. Ahn Sung-ki gives another great performance as Seong-gil, emitting dignity with every move, while his transformation through his interaction with Eun-sook and No-eul is truly impressive. Furthermore, his conduct as a mortician is quite accurate, in a tribute to the effort he made to present his character and the procedures as realistically as possible. Eugene is also great as Eun-sook, with her constant cheerfulness creating a very entertaining antithesis with Seong-gil and his son, although her performance during the dramatic moments is equally accomplished. Kim Hye-sung is convincing as the both physically and psychologically traumatized Ji-hyeok, with his transformation also being delightful to watch. 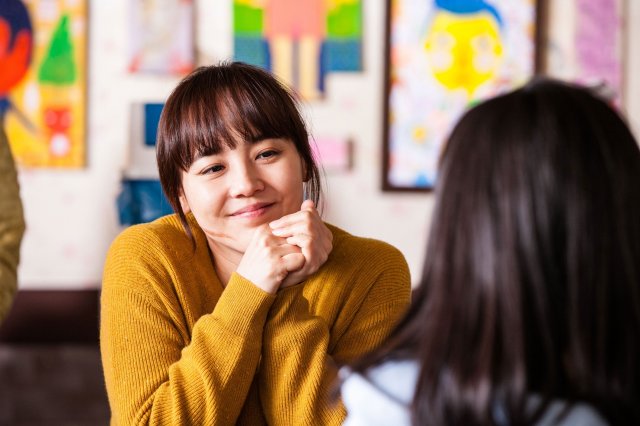 Lee Seok-jin's cinematography focuses on realism, while his framing of the claustrophobic, cramped apartments the protagonists live in mirrors their overall mentality perfectly. Park Kok-ji and Park Hee-won's editing lingers between the mainstream and the art-house tactics, although this change of pace works quite well for the narrative.

"Paper Flower" is a really good film, but could have been a great one if Go Hoon had made some different decisions regarding the ending.