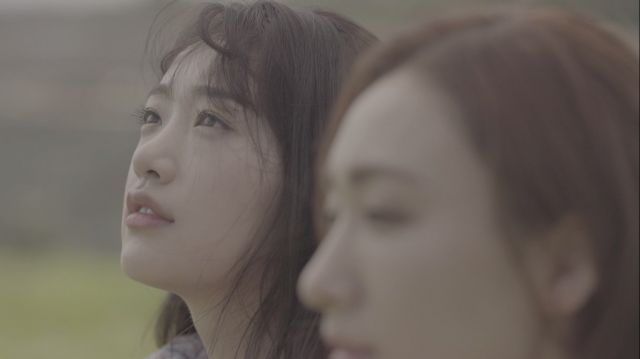 Hye-won (played by Joo Ga-eul) is a high school student with a strong interest in K-Pop, and enough natural talent to be able to be able to take specialist classes so as to make a proper transition into a career as an artist. The sheer mundane nature of Hye-won's life is the main initial focus. "" goes to school, she goes to dance practice, then she goes to obscure dusty houses with older men who are talent managers. Hey...wait a minute...

Yes, "Paper Planes" is exactly what it sounds like- a story about the exploitative nature of the South Korean entertainment industry. The whole build-up of the plot is a reference to the infamous Jang Ja-yeon list, although it's only the post-credits sequence that makes this explicit. As lurid as that probably sounds, "Paper Planes" is mostly just a focus on Hye-won's isolation. As the other students are more rivals than friends, Hye-won doesn't have anyone to talk to.

Even the authority figures are startlingly unhelpful. By the time Hye-won gets desperate enough to actually try and petition an adult for rescue, all she ends up learning is that nobody actually cares about her problems. There is a very disturbing culture at play here which insists that any indignity, when endured long enough, will eventually result in career success. Hye-won is constantly put to blame simply for having a bad attitude, as if mere sunny optimism would be enough to get her through the abuse.

As documentation of the rather surprisingly unglamorous context in which entertainment industry sexual abuse actually happens, "Paper Planes" is quite effective. As a film, though, it is made quite cheaply. The production team clearly did not have the funding necessary to buy extras, or even police uniforms. All the film's scenes are either shot in a single school, random outdoor places, or just the cheap little hovels Hye-won is always getting dragged to.

On one end I have sympathy for the production team's plight. It's hard to imagine why anyone would want to fund a movie like this. The boring systemic way "Paper Planes" treats abuse issues in the entertainment industry is an indictment of nearly any person or company who could offer funding in the first place. But when even the sound quality is appallingly bad, and the performances frequently listless and disinterested, it's hard to ignore the sheer lack of polish.

Which admittedly makes a fair amount of thematic sense. When we see how Hye-won's story was so mundane and ugly, it's that much easier to appreciate how it is that real life abuse is so easily shoved off into the corner- by design the entire process is very grim and dry. The budget-related flaws in "Paper Planes" are actually surprisingly effective in terms of conveying the same sense of hopeless loneliness that Hye-won feels throughout the film. Even so, those who can somehow access a screening of "Paper Planes" may be put off by its technical and aesthetic issues, and I wouldn't blame them. But I, at least, thought the point was well taken.