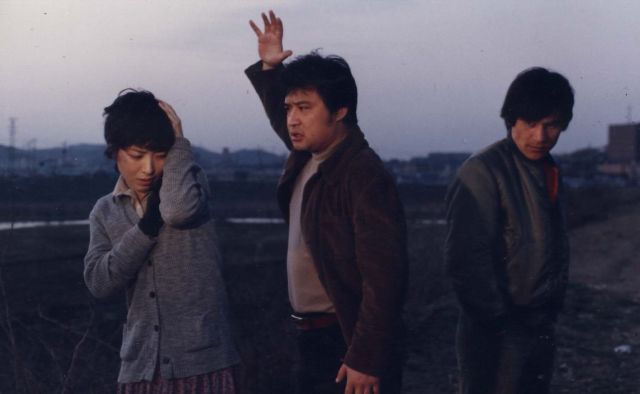 Bae Chang-ho's debut feature was not an easy one to make. Although the source material, Lee Dong-chul's semi-autobiographical novel, was a best seller, Bae had to face government censors, which, at a time when Chun Doo Hwan's regime was at a fool bloom after a violent suppression of civil unrest, were at the pick of their power and of their strictness. Even before the start of production, the script was rejected five times and the censors listed 60 elements that they wanted changed. The requested changes included the film's title, the attitude of policemen towards the slum residents, and a husband pulling on his wife's hair during a fight. Their objections were seemingly not so much ideological, as an effort to weaken the film's potential impact. Bae went ahead and shot the film in his own way, and managed to avoid at least some of the requested modifications. (Source: Darcy Paquet, Far East Film Festival)

Myeong-sook is nicknamed "Black Glove" because of the glove she always wears on her right hand, and is a rather unlucky woman who is stuck with an alcoholic, gambling husband, Tae-seop, who seems to have no sympathy for her 6-year-old son from another father, Joon-il. She wakes up every morning at dawn to do the laundry and is about to open a convenience store in the slums she lives, but Tae-seop keeps stealing money from her to indulge his "passions", while Joon-il is repeatedly caught stealing, probably as a reaction to the treatment he receives in their rundown house. One day, Joo-seok, a very handsome taxi driver appears on the neighborhood, and he is soon revealed as the true father of Joon-il, although Myeong-sook has kept his presence a secret from her son, lying to him that his father was dead. As the story of the two is revealed through flashbacks, inevitably, Joon-il's wish to "claim" his family back brings him into a clash with Tae-seop, who seems to harbor secrets of his own, while the whole situation takes a rather significant toll on the kid. 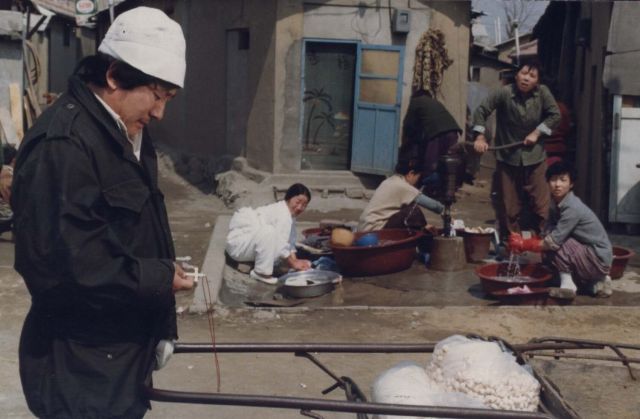 Bae Chang-ho presents a multilayered script that works on a number of levels. Through the flashbacks, he presents the romantic but tragic past story of Myeong-sook and Joon-il, and the reasons that led her to become a couple with Tae-seop. The impact of growing up in a house where love is not easy to be found is examined through Joon-il and his "extreme" behaviour. The concept of crime and punishment is examined through the life stories of both Tae-seop and Joo-seok, who also "serve" as samples of the concept of manhood, an idea that is presented in all its proud, but also illogical glory.

However, the main theme of the film is the lives of the marginalized, and particularly of the ones who lived in the slums, a place where violence can ensue very easily, as the inhabitants try to keep the little they have with every breath. The fact that even the children are pragmatists in such a setting is shown in hilarious but also sad fashion, but it is the various peripheral characters that give the film its true flavor and the most representing image of actual life in the slums. The junk-seller who is also a (self-proclaimed?) priest, the drunken, constantly cursing woman who is in love with him but just roams the slum wearing nothing but a negligee, and the constantly gossiping widow who entertains the inhabitants with her intense dancing that seems to mimic the movements of handicapped people prove at least as interesting as the protagonists, and are actually the ones that make the film stand out from the abundance of dramas in Korean cinema. 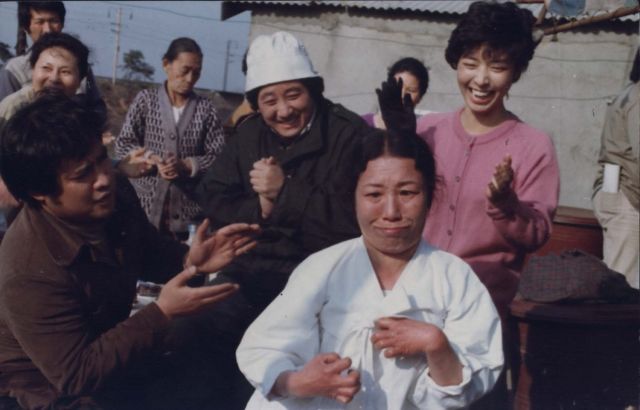 Chung Kwang-suk's cinematography captures the essence of the slums to perfection, through a combination of accuracy and artistry, with the dead-end of the situation of the inhabitants being mirrored by the claustrophobic setting of their houses and the shots of the river, which seems to function as the border between hope and permanent misery. Kim hee-soo-I's editing is also excellent, with the various flashbacks being well placed and easy to understand, while his frequent cuts induce the film with a relatively fast pace that serves its aesthetics quite nicely.

Kim Bo-yeon as Myeong-sook is excellent as a truly tragic figure, a woman who struggles to improve her and her son's situation with all her might but finds herself facing impossible situations, between two men with similar issues. Kim Hee-ra plays the "hustler" slob with gusto, with his interactions with the rest of the characters being among the most interesting scenes in the film. Ahn Sung-ki as Joo-seok highlights his obvious charisma in the best fashion, but also delivers in the scenes where Bae Chang-ho has him bruised, both literally and metaphorically.

"People in the Slum" was a great debut for one of the most successful Korean directors of the 80's, who managed to create a realistic but also very impressive setting where his characters thrive in dramatic terms, as they also prove that in real life, there are no heroes, just people with faults who strive to survive, any way they can.

"People in the Slum" is directed by Bae Chang-ho, and features Kim Bo-yeon, Ahn Sung-ki, Kim Hee-ra and Song Jae-ho.