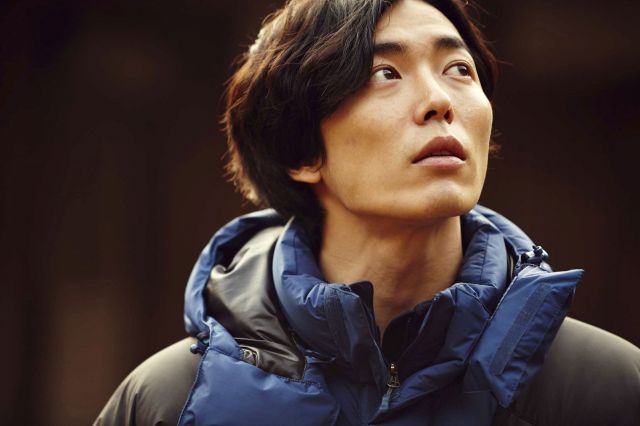 No, seriously, I hadn't even realized that literally the entire story of this film is sex until I wrote down and charted the plot. I suspect that this is because "Planck Constant" has a weirdly voyeuristic quality. I don't mean that the movie actually looks sexy- believe me, I would have noticed. Watching this movie is like watching somebody explain their ideas for a thought-provoking independent film, and nodding along in general agreement, only realizing some time later that nothing about that conversation made any sense except as some sort of weird fetishism.

Independent film fetishism, to be precise. It would be accurate to state that most independent film springs from the imagination and personal issues of the director. This isn't because independent film is inherently true to life so much as it is because making independent films tends to be a solitary undertaking. And so in this case, there weren't any producers around to tell director Cho Sung-kyu that he can't make "Planck Constant", since it doesn't make any sense and no one will understand it.

Still, in any event "Planck Constant" exists so the question remains, should you watch it? Well...that's the trouble with a genuinely incomprehensible movie. I can't even say you won't understand it, because you will literally understand what's happening. "Planck Constant" is a very easy movie to summarize. It just doesn't have any particularly obvious point, or even a target audience.

Does it have jokes? I...think so? I do remember laughing a few times, but the film doesn't really have a comedic construction. I thought the ending to the hair cut segment was funny mainly because until the end I hadn't noticed there was a more logical way to interpret the main character's instructions- and obviously he didn't either. Then the peanut gallery shows up and starts laughing and I'm just back to wondering, what exactly was the point of all that anyway?

Don't expect the title to be any help either. It's some weird quantum physics thing. The nicest thing I can write about "Planck Constant" is that it's a very strange movie. Maybe some of you are totally fine with watching movies that don't make sense to try and get a grasp of their mysterious hidden meaning. Goodness knows director Cho Sung-kyu probably falls into that group. I do too at times- but short run time notwithstanding "Planck Constant" managed to try even my patience, so ultimately I can't recommend it.