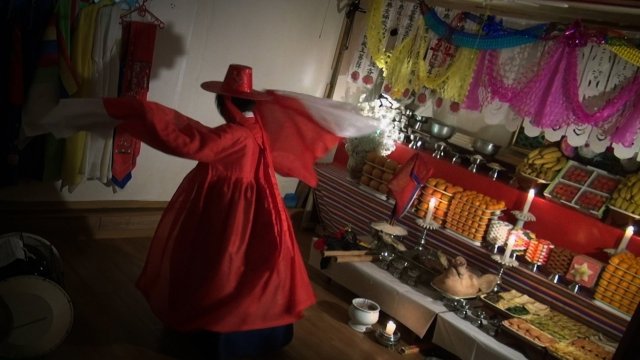 Originally "President's 7 Hours" was teased in "After Diving Bell" via the post-credits sequence. The promised content, a detailing of former South Korean President Park Geun-hye's dealings with a mysterious cult, was intriguing. The title also promised to explain the seven hours during the Sewol tragedy where Park Geun-hye could not be contacted to give clear instructions to the rescue operation. While all that information is in here, the presentation is underwhelming.

The main problem is that the story isn't as elaborate as it sounds. Director Lee Sang-ho just goes over archival footage of the cult's brief appearances during the Park Chung-hee dictatorship era and does interviews with the few people he can find with some understanding of how the cult worked. It was actually just a really basic scam. That the most powerful person in South Korea could be taken in by such a scam is pathetic, yet far from new information.

The explanation behind the seven hours is similarly unremarkable. Lee Sang-ho goes over footage of Park Geun-hye taken during the time and concludes that she was undergoing illegal plastic surgery treatments, mainly because the cult was ripping her off. More than the surgery itself, Park Geun-hye's silence during the seven hours appears to have been because she couldn't get into contact with cult leader Choi Moon-sil, whom she very inappropriately consulted with on just about every decision.

These stories, while interesting, are very brief. Lee Sang-ho struggles to fill up the full eighty minutes of the documentary's runtime, as we also get frequent noncontextual interludes to random places like right wing protest sites during the candlelight rallies. On its own, this information is somewhat interesting- such as the explanation Lee Sang-ho comes up with for why right wing protests are so disproportionately loud, to the point that they probably risk damage to the ears of anybody nearby.

But in the context of a documentary that's supposedly about the missing seven hours such information comes off as horribly unfocused. A lot of "President's 7 Hours" reads like it's just a postscript for the Sewol tragedy in general. Which, weirdly enough, is a movie that director Lee Sang-ho already made. "After Diving Bell", which I referenced earlier in this review, had many of the same problems as "President's 7 Hours", right down to assuming that the viewer already has a decent amount of knowledge about the importance of the Sewol tragedy in modern South Korean politics and how it connected to the candlelight rallies calling for Park Geun-hye's ouster.

Between "After Diving Bell" and "President's 7 Hours" there's definitely enough material here to make an outstanding two hour documentary about which Park Geun-hye's cult connections and missing seven hours make up a solid half-hour chunk. Admittedly, fans of Lee Sang-ho's reporting work are the main target audience for "President's 7 Hours" and I expect they will be more than satisfied with what he presents here. But in terms of documentary aesthetics or approachability for ignorant viewers, the shortcomings here outweigh the positives.