Considered the worst tyrant of the Joseon era due to his brutal ways, Yeonsangun of Joseon has been the focus of a number of movies and TV series, with the present one, however, being the most successful, winning a number of local awards, including the one for Best Film at the first Grand Bell Awards.

Prince Yeonsan was always somewhat distant from the rest of his family, and not particularly liked in the palace, for his ways. As he grows up, his situation becomes worse, but even he is not sure why. Eventually, he realizes in great shock that he is the son of deposed queen Yoon, a story that traumatizes him deeply. As soon as he becomes a king, he tries to restore the queen title to his mother, or at least, to move her grave from the exiled location it is placed. Alas, he faces opposition by his grandmother, Queen Dowager Insu and the council, who consider changing his father's decision on his mother, sacrilege. Not being able to channel his frustration, the Prince becomes more and more violent, while indulging in drinking and women (starting with his uncle's concubine) in the worst fashion. At the same time, his grandmother, who has lost her mind after what happened to her daughter and is roaming around half-crazy, becomes the endgame of a race where the people responsible for Yoon's fate, try to make her disappear before she tells her grandson the whole truth. They fail however, and Prince Yeonsan begins a purge against all those who hurt his mother, in the most brutal way. 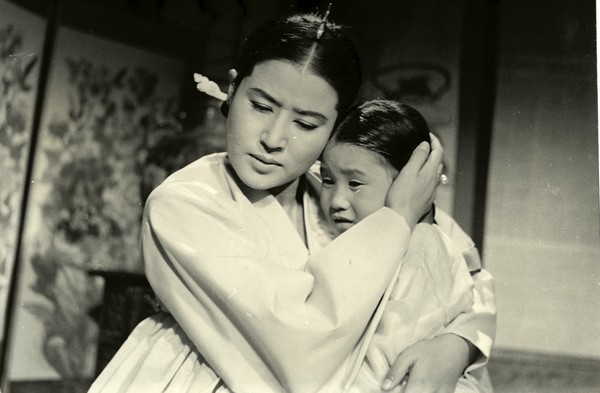 One thing no one can deny Shin Sang-ok is knowing how to put together a costume drama blockbuster. In that regard, the film is a true audiovisual extravaganza, with no expenses spared in costumes, location shooting, even the number of extras in the movie. The result is truly magnificent, both as a whole and through a number of individual scenes, with the various music and dancing performances being rather memorable in their execution, and in their capturing by DPs Bae Seong-hak and Jeong Hae-jun, who have done a great job in the cinematography. The episodic nature of the narrative also benefits the most by this approach, with the many sets being rather imposing, and the action/violent scenes among the most well-shot of the era, even in their intense brutality on occasion. Particularly the last part, when the mad Prince spares no one, including women, is a true wonder to look at, while also exemplifying the work done with the sound. Kim Yeong-hie's editing implements a rather fast pace that suits the episodic narrative, with the focus being on entertainment through impression.

The rest of the narrative unfolds in two axes, which, as almost always in Shin's oeuvre, are rather melodramatic. The first one focuses on the deterioration of a sad and angry prince to a true monster, with Shin Young-kyun giving a truly great performance, filled with a very fitting excessiveness and overall theatricality, as the period drama of the era demanded.

The second axis revolves around the efforts of the people who hurt his mother, to save themselves from his rage, a part that lingers between the melodrama and the agonizing thriller, with Shin eventually making them appear the victims despite their past deeds, due to Yeonsan's punishment. 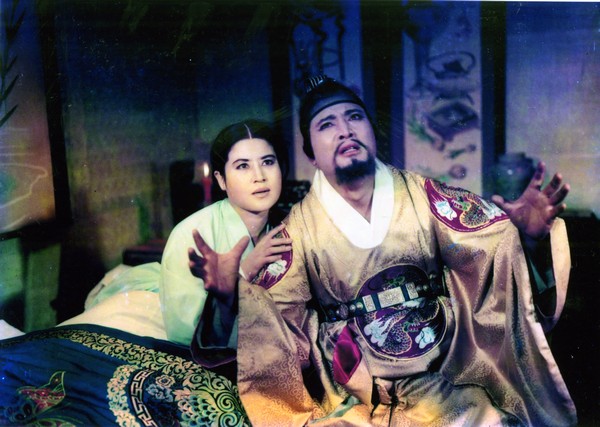 The acting and the casting in general is of the highest degree, with Kim Dong-won-III as King Seongjong, Jeon Ok as Insu and Choi Nam-hyun as Vice Minister Park being the most memorable.

"Prince Yeonsan" is a testament to Shin Sang-ok's style and one of the most impressive films of the beginning of the decade.