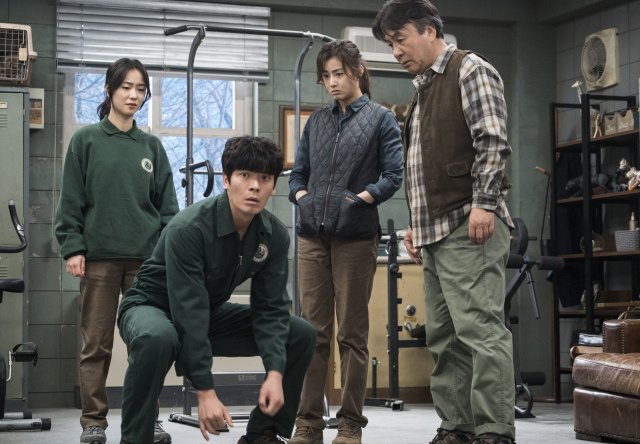 Having already topped the box office since its opening in South Korea the previous Wednesday (Jan 15), "Secret Zoo" includes a number of crowd-pleasing elements that are bound to make it a commercial success.

Tae-su is a young attorney-at-law at a large law firm, but his life is stuck. His duties mainly include taking care of one of the major partners who is in prison, in essence functioning as his errand boy, and actually has no friends, since his life does not leave him time to do so, even though a school friend of his that works in the same firm repeatedly tries to persuade him to hang out. Tae-su comes from a small city and a poor family, and according to his boss, this makes him tougher than most, so he decides to assign him an almost impossible job. To get a bankrupt zoo with no animals start making a profit again, in three months. Desperate to move up in the company and after a promise of a permanent position if he succeeds, Tae-su agrees

The problems he stumbles upon, however, are even worse than he expected, since, according to environmental rules, buying new animals takes too long, and the zoo only has four employees, one of which is former director Seo, who was the one who run the zoo to the ground, despite his dedication. The rest of the crew are vet Hae-kyeong, who stays on because a polar bear that she has known since her childhood is the only large animal left in the zoo, So-won, who stays because her boyfriend "borrowed" all her savings to open a convenience near the zoo that is also facing bankruptcy, and Geon-wook, who stays because he has feelings for So-won. In a desperate move, Tae-su decides to dress the remaining employees in animal costumes, investing in the idea that no one thinks there are fake animals at the zoo, and even manages to persuade the initially reluctant employees to do so. When the fake polar bear, however, drinks a coke, everyone is reminded of that old commercial of the company, the video becomes viral, and people start swarming the zoo. However, Tae-su's boss has other plans... 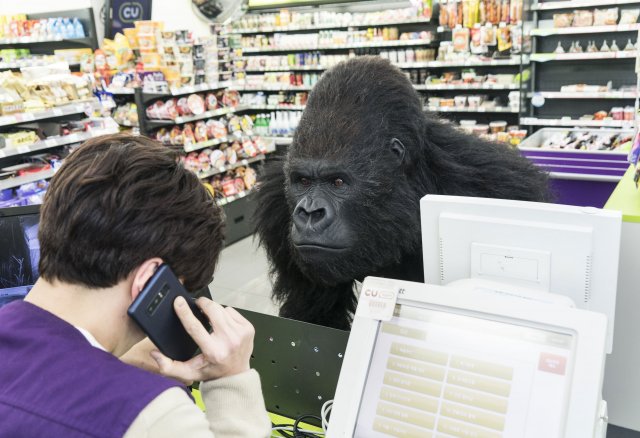 Son Jae-gon takes a number of "liberties" in the script of the film to make the story work, starting from the way the costumes-idea succeeds, continuing with the whole polar bear concept and finishing with the actual finale of the movie. However, since his focus is not on realism but on entertainment, I have to admit that these parts work quite well for the narrative, which seems to revolve around some key moments in the story. The coke-drinking bear, the attack of the "gorilla" and the overall transformation of Tae-su seem to form the main axis of the movie, which Son has infused with much situational comedy, a bit of drama, and the always-popular concept of the underdog who wins against all odds, in order to present a very entertaining film.

At the same time, he makes the common comment about the corruption of the corporate world, but his approach stands a bit out from the cliches, since he seems to state that not every white-collar worker is as despicable as many movies seem to imply. Furthermore, the character of the woman who owns the company but also cares about the environment and the consequences of the company's policies to "common" people also seems to move towards the same comment.

The combination of all these elements works quite well through Son's direction, but also owes much to Lee Seung-hoon-VI's fittingly polished cinematography and coloring, while the quite fast pace implemented suits the narrative nicely. The CGI of the polar bear are quite good, and there is even a music video sequence that also adds to the entertainment the film offers. 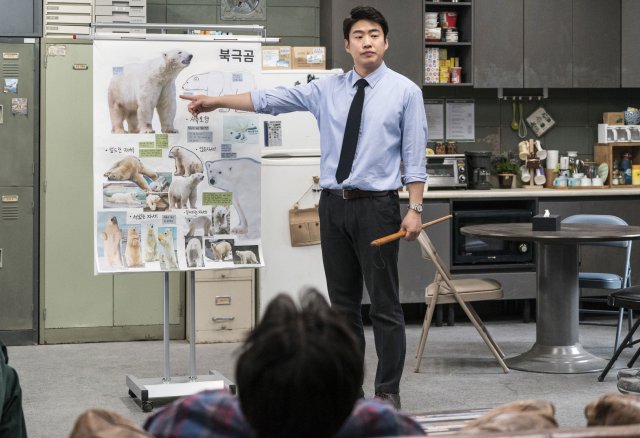 The acting follows the rules of the mainstream in general, with the focus being on the events rather than the characters. Nevertheless, Ahn Jae-hong is quite convincing as the constantly distressed Tae-soo, with the moment he succumbs to his friends woes near the end being the highlight of his performance. The rest of the cast provide many comic moments, with Park Young-gyu as Director Seo and Kim Sung-oh as Geon-wook being the ones standing out. Kang So-ra as So-won and Jeon Yeo-bin as Hae-kyeong move between the comic and the more dramatic and are quite functional in the narrative.

"Secret Zoo" is a film that aims at providing fun for its audience, and in that regard, it succeeds to the fullest.