[HanCinema's Film Review] Shotgun Love: "If you love, this is what happens" 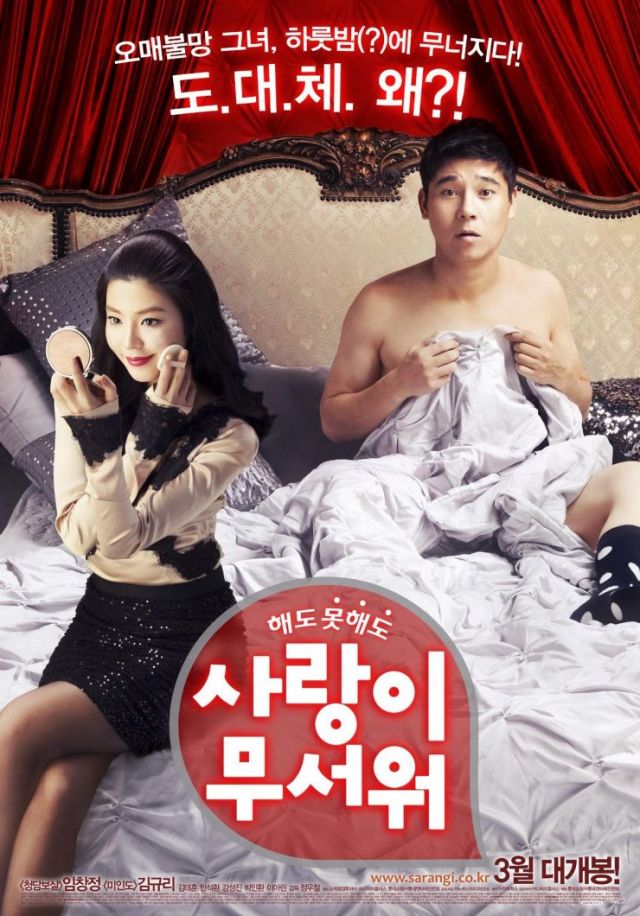 Jeong Woo-cheok's "Shotgun Love" is a romantic comedy starring Im Chang-jung and Kim Gyu-ri. Release early 2011, the film gorges itself on formulaic story plots and characters, never managing to launch itself in anyone direction. Love can be many things, least of which is the superficial, and Jeong Woo-cheok's first directing effort revolves around his idea of "If you love, this is what happens"

The bright and succulent images of food being prepared in the opening scene were enough to get anyone's mouth drooling. As the meat is being grilled and the fresh vegetables are being sliced we come to view the perfect Korean family sharing an extravagant dinner together. The voice over is our leading man Sang-yeol (Im Chang-jung) commenting on how his gorgeous wife always treats him when it comes time to eat. His eyes are fixated on So-yeon (Kim Gyu-ri) as she continues to feed his mouth with the delicious meal. It's an iconic scene that seems too good to be true, and it is just that.

Sang yeol and So-yeon are television "actors" involved in infomercials. Their job consists of appearing to be the perfect family and making each mouth-watering bite look as if it were a piece of heaven their enjoying. Sadly, this is not the reality they both live. Sang yeol live with his overbearing mother, has little money of his own, has to submit to his younger superior at work (Director Park played by Kim Tae-hoom), and, most importantly, is madly in love with his T.V. wife.

So-yeon is beautiful, cold, and dismissive. Her appearance renders any inclination we have of probing beyond her looks seem unimportant and wildly unnecessary. She is currently enjoying her relationship with the younger Director Park but when he becomes uninterested in keeping the child So-yeon is carrying, his selfishness forces her to leave him. The prospect of being a single mom without a husband is a social eyesore, and her best friend suggests she submits to the Sang yeol and his courtship efforts for the child's sake.

"Shotgun Love" centers on their relationship as the lies become deeper and the truths begin to surface as their relationship moves to their enviable confrontation. As the married couple live their false lives eating and living together, we are reminded of the opening scene and the accompanying irony that lines their superficial and falsified existence. But the truth will set them free and any pain or personal suffering each had to endure was all made in the name of a love, or so the director would have you believe.

This romantic comedy will not surprise nor will it truly beg you to invest more that you have to over its 144 minutes of screen time. It does try, however, but questionable overacting taints its efforts and several slap-dash comedy scenes (such as the over-flowing toilet scene) made me do nothing more than shake my head and sigh deeply. There were moments of where I though hope would be restored, but those were more akin to a flash of lighting instead of the rising sun I had hoped for.

"Shotgun Love" does not stand tall or shine, but is doesn't fall flat on its face either. The acting performances were patchy, but I found Im Chang-jung's character to be likeable enough to see out his tale, as predictable as it was. The film plays with some Korean culturalism and taboo's and challenges them to create the conflict. Respect to elders, marriages, the single mom, homosexuality and friendship, as well as male potency and competition. Interesting topics for sure but this comedic fodder was inflammable with the narrative decisions being made and never ignited within the film.