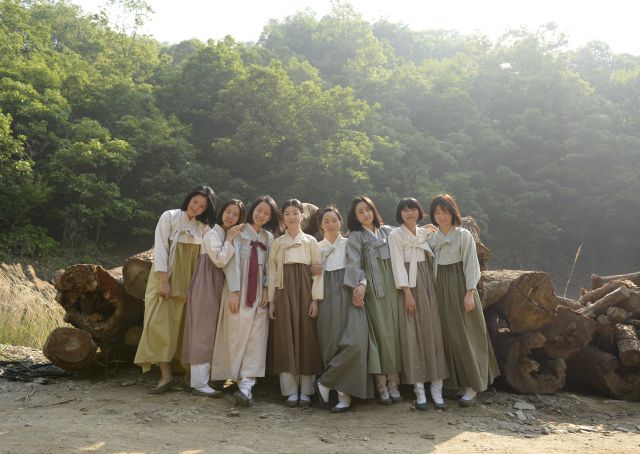 Compared to the original "Spirits' Homecoming", the newly edited "Spirits' Homecoming, Unfinished Story" simplifies the epic story of several girls forced to become comfort women during the Japanese Occupation of Korea to just a single one. The complicated shamanistic ritual framing device of "Spirits' Homecoming" is demoted to a thematic flourish in the ending, and is replaced with black-and-white scenes of lead actress Park Ji-hee in modern times preparing for an international comfort women remembrance event. Interspersed between these scenes are interview segments with former comfort women, who are now quite old.

The interview segments were the most singularly impressive change, although all of the alterations work in concert to better emphasize the sheer reality of what happened. Because the more grisly scenes have been toned down or removed, that makes the language in the testimonials all the more shocking. The sheer practical concerns of the dramatized Japanese military personnel, in a very weird way, actually work as a sort of apology. Sure these actions seem monstrous, but everybody's got a job to do. Cue the first good look we get at the girls' living and work quarters, where we see previously arrived girls peeking out the windows looking a bit like horses at a stable.

So the Japanese saw them a bit like work horses. That's a terrifying analogy, which feels uncomfortably akin to a euphemism. Still, what else should the girls call it? From the first truck ride all the tension is in the fear of the unknown. The various girls don't really know what the Japanese want them for, but the pattern is established early on that talking must be kept to a bare minimum or else violence is the unavoidable alternative.

The irony of this is that said talking amongst themselves is about the only real coping mechanism the girls have to keep from going completely insane. Any scene that's just dialogue between the girls is fantastic because they are such perfect illustrations of the traumatic dynamics at play. We see these conversations vacillate uncomfortably between advice on how best to deal with the upcoming horror, and just trying to find common ground.

The shorter runtime of "Spirits' Homecoming, Unfinished Story" greatly improves the film's dramatic impact compared to the original. Scenes are short and brutish, and the pacing is excellent. That relatively little actually happens, and that time feels like it passes slowly, especially emphasizes how traumatic events of barely a moment can and do register permanently in memory. That the modern day framing device is all about proper remembrance for comfort women works in perfect parallel to this.

Then there's the secret behind the equally excellent performances. None of the actresses are really playing comfort women at all. They're just acting like normal teenage girls. It's an extremely spooky effect there in the final sequence, with Park Ji-hee seeing and apparently recognizing other actresses from the movie, except that now they're all just modern teenagers in modern dress, going about their daily lives unmolested. The social statement of shared solidarity in that is as sobering as it is powerful.