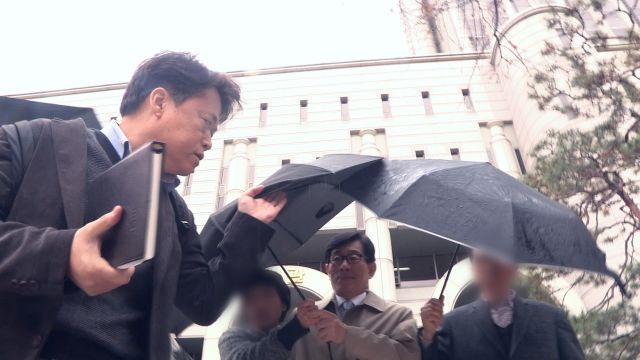 Official South Korean state propaganda when it comes to North Korean defectors is pretty straightforward. South Korea is the obviously superior country, ergo, any and all North Koreans can and should flee here at the first possible opportunity. In reality the lower-class conditions North Korean defectors are stuck with in South Korea are often so bad as to make North Korea seem nicer by comparison. "Spy Nation" delves into an even more bizarre potential problem for would-be defectors- the tendency of the South Korean National Intelligence Service (NIS) to use illegal measures to try and bully defectors into confessing that they're spies.

After watching "The Net" last week "Spy Nation" takes on some exceptionally strange proportions here. "The Net", in general, is fairly nice to the actual employees of the (NIS), blaming the protagonist's unfortunate accidental defector plight on the vagaries of politics. In "Spy Nation", a documentary about real North Korean defectors dealing with the actual NIS, there's genuine malice at play. It's hard to come up with any other reason why investigators would go to such extreme lengths as manufacturing evidence to obtain a fraudulent confession in cases that almost always end up with the supposed spy being exonerated.

There is the political element, although director Choi Seungho wisely does not focus on that. Large stretches of "Spy Nation" literally just consist of the director chasing after NIS employees who he knows are involved in the case. Their unwillingness to answer any of Choi Seungho's questions, or even acknowledge information that Choi Seungho has already verified from other sources, is on its own a fairly strong indictment.

Choi Seungho is an obvious admirer of Michael Moore in this regard, although anyone who has seen his previous film, "QUO VADIS", could have guessed that much. But make no mistake- "Spy Nation" is very much a blend of documentary genres. Lacking official answers from the government, most of "Spy Nation" is simply a presentation of what Choi Seungho's journalistic investigations have uncovered- a mess of contradictions that suggest the NIS is at best incompetent and at worst a politically motivated right-wing government institution operating without scrutiny from anyone.

The worst of it is, there's precedent for that. A final list of the large number of exonerated spies over the years proves that while these prosecutions were extremely common under the dictatorship of Park Chung-hee, they have since tapered off. That is, until the election of his daughter Park Geun-hye. This election that, you may recall, was marred by the revelation that NIS employees under official sanction attempted to tip the outcome to Park Geun-hye, were caught, and prematurely exonerated.

Which is pretty ironic, if horrible, in light of the proof offered by Choi Seungho here which indicates that the NIS does not ever give anyone the benefit of the doubt no matter how flimsy the evidence is. "Spy Nation" is quite possibly the most important South Korean political documentary ever made in terms of the depth and breadth of its accusations. If you get the chance, watch it.