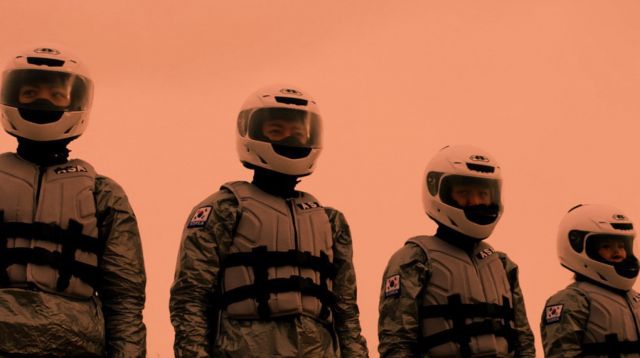 In his fourth film after "Super Virgin", "Super Origin" and "Super Margin", Back Seung-kee is as weird as they come, through a narrative that seems to thrive on sci-fi and surrealistic elements, while combining fantasy, drama and absurd comedy.

Nam Gi-dong is an exploration crewmember of Asia Space Administration, aka ASA. After his wife and colleague, Seon-ho dies, he quits ASA to raise his daughter, Gyoo-jin, who at some point though, gets in a paper box in the middle of the room and disappears. Gi-dong searches for her all over the place, but only finds her back in the box after some time, with the girl seemingly having transferred to another dimension. 20 years later, the relationship of the two is quite difficult, with the girl being rather unsatisfied with her father's behaviour and him not being able to understand her needs at all. At some point, Gi-dong has a mysterious experience meeting Sung-ho from another dimension and decides to go back to search for her, using a car-spaceship ASA have been building for some time. Before that happens though, the chief mechanic and Gyoo-jin fall in love, in a series of events that create almost as many complications as the trip to space. With a car filled with five people.

Back Seung-kee creates a narrative of episodic nature, where the comments about family, regret, loss and love that transcends time and space are as evident as anything else is nonsensical. Starting with the concept of the paper box as a transition medium towards different dimensions, continuing with the absurdly presented romance that includes macaroons for some reason, the car spaceship, and concluding with the "Armageddon" parody close to the end, everything here seems to be the offspring of a rather absurd imagination.

At the same time though, through the humor that appears in the most unexpected moments, and the even more unexpected great presentation of the other planets and the time travel, including the impressive SFX, the movie manages to work quite well, and despite the aforementioned odds. Perhaps the only exceptions to this are the melodramatic moments, which occasionally seem completely out of place and the intense use of music, frequently with the same, sentiment-drawing tactics, that becomes somewhat tedious on occasion.

Jay Tak's cinematography captures the aforementioned aesthetics through a realistic approach in the Earth scenes and through a rather impressive one in the space ones, again with a dosage of humor. Baek's own editing gives the movie a rather fast pace that works quite well, while it also communicates the absurdity of the narrative fittingly. 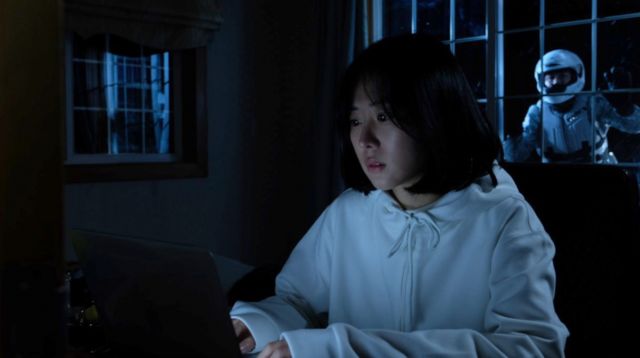 Son LeeYong as Gi-dong gives a very entertaining performance, being equally convincing in the intense, humorous, dramatic and surrealistic scenes. Kang So-yeon as Gyoo-jin is equally good, with her fights with her father and the absurdly romantic interactions with the mechanic being the highlight of her performance.

"Super Nova" continues the initiation of the "weird wave" we saw this year in BIFAN, with one of its best entries, that demands, though, a definite knack for quirkiness by its audience.