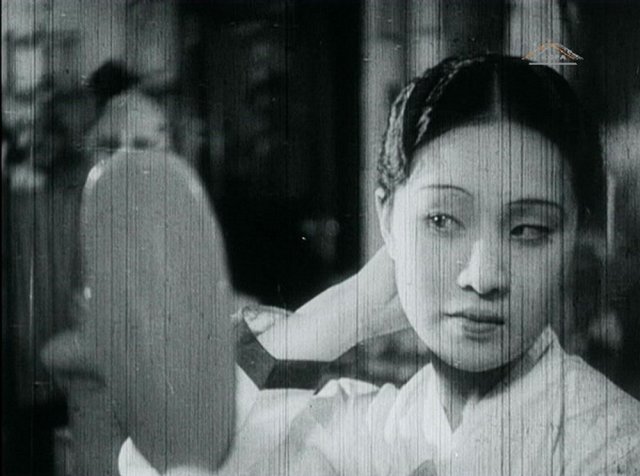 For the past month, I have been reading about the history of Korean cinema, since its beginning during the Japanese occupation years; thus, I thought it was about time to deal with films from that era. The aforementioned, 1936 film, which is also known as "Lullaby of Death" and "Mimong", is my first effort, and one of the first talkies in Korean movie history.

Ae-soon is the wife of Lee Seon-ryong, a middle class man, and mother to a junior high-school daughter, Jeong-hee. However, Ae-soon is not the subdued woman everyone expected her to be at the time, but a rather rebellious one who does not hesitate to spend big sums of her husband's money on clothes and to raise her tone of voice each time he chastises her. Her overall attitude leads to her falling for a man who cons her into liking him, eventually abandoning her family to live with him in a hotel room. Her behaviour takes a huge toll to her husband but even more on her daughter, who is shuttered by her mother's betrayals to the point of not being able to function is school. At some point, Ae-soon discovers that her love interest is a crook...

Let me start with the obvious. The Japanese influence in the film is everywhere to be found, from the subtitles on the right of the screen, to the clothes in the shop Ae-soon visits, to a performance in a theater Lee Seon-ryong visits with his daughter. Apart from this, the film has the distinct purpose of highlighting the "rules" all wives should follow, particularly regarding their obedience to their "man". In that fashion, Yang Ju-nam aims to depict the consequences of Ae-soon's irrational behaviour, both on her and on her family. The fact that the story reveals her as a truly promiscuous woman, stripped from any kind of devotion to any man, also moves towards the same path, as is the case with the tragic events that fall upon her daughter. Of course, criticizing this kind of depiction of women during the 30s would be futile, but is still quite shocking to watch how women were perceived at the time. Furthermore, an effort to show that people should abide by the laws is equally evident if a bit more subtle, as depicted in both the fighting scene and the one where the driver of a car refuses to drive faster in fear of breaking the law, and the consequences of when he actually does, which are dire. 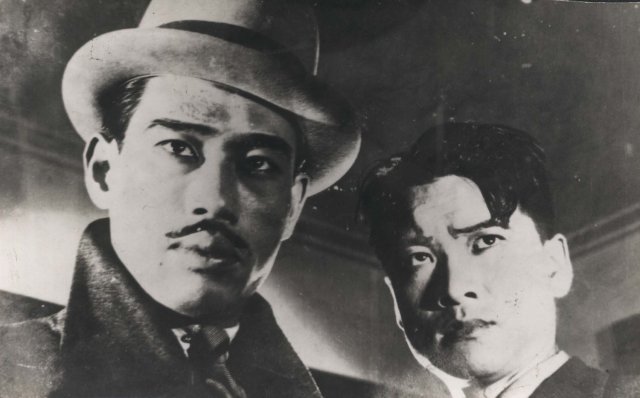 Aesthetically, the film is quite melodramatic, with Choe Dok-gyeon's script using sentimentalism through a number of extreme occurrences in order to make the aforementioned concepts more impactful. The acting also follows these rules, with Yu Seon-ok's performance as Jeong-hee being particularly melodramatic and Lee Geum-ryong's as Jeong-hee following close after. On the other hand, Mun Ye-bong as Ae-soon is exceptional in presenting the vanity of a femme fatale, and her acting is definitely on a different level than the rest of the cast.

Technically, the movie is surprisingly good. The music by the Polydor Orchestra functions quite good in the narrative, despite the age of the film, and Lee Pil-woo's cinematography (who is one of the most central figures in the country's early cinema) is quite artful, including a number of meaningful shots. Yang Ju-nam's editing is a bit unusual, with the changes of scenes looking like "jumps" instead of having any kind of continuity, but this is to be expected considering the technological limitations of the era. There is one scene, however, where the prowess of the production values and the direction come together: the fight between the policemen and the young criminals. At the time, filmmakers were not allowed to show violence on screen, but Yang does a great job of implying it through the sound, the breaking of the table and the swinging of the birdcage, in an excellent sequence that will definitely stay on the mind of the viewer. 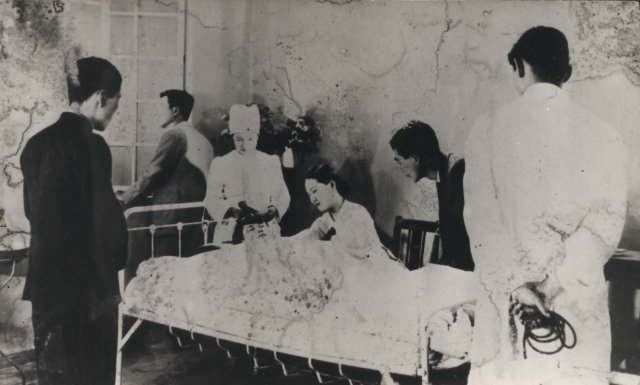 Before watching the film, I thought that the value of watching a 1936 film is mostly academic, but I am glad to say I was proven wrong, since "Sweet Dream" is actually quite entertaining to watch.