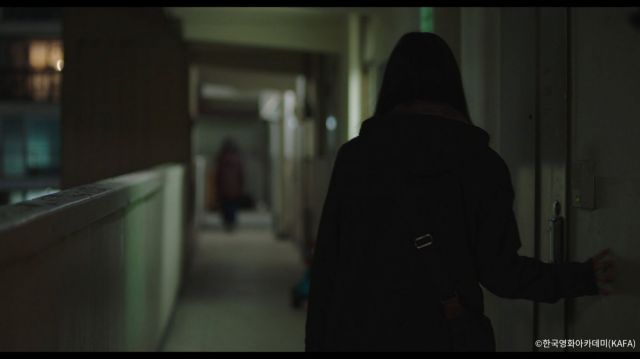 The antagonism between mothers and daughters has always been a point of interest for cinema, particularly because it highlights two of the most significant aspects of women's nature. Kim Se-in explores this theme in her feature debut by presenting it at its most extreme, in a movie that was made through a feature film production program at the Korean Academy of Arts.

I-jeong lives with her mother Soo-kyeong, but saying that the two of them do not get along with each other is a gross understatement. The spite that dominates both sides becomes quite visible from the beginning, from the look of the latter as her mother hands her her underwear to wash in the sink, to a bit later, when, in what seems as a tendency, Soo-kyoeng beats her daughter inside a car before she kicks her out. As the 20-year-old leaves, she turns another spiteful gaze towards her mother, who curses her and proceeds to run her down with her car. The police and insurance companies start questioning what happened, and despite Soo-kyeong's allegations that the car accelerated on its own, I-jeong decides to move the case to court. She does not leave the apartment, however, and expectantly, the situation becomes even worse. All the while, Soo-kyeong is dating a man who wants to marry her, but also happens to have a daughter I-jeong's age, I-seong, while I-jeong starts hanging out with a colleague from work, So-hee, eventually crashing at her house.

Kim Se-in directs a film about what is essentially a constant battle, deriving from a kind of hate that can only be generated among people who are close relatives and live together. In that fashion, there is very little relief in the movie, as the fight is essentially constant, and the one-sided violence that ensues, all too frequent. The resulting comment is rather palpable: Soo-kyeong did not want to become a mother, and essentially she shouldn't have been one, since her queen bee attitude allows for no one else to be the center of any attention, to receive any kind of care or even to enjoy life, apart from her, in her small "ecosystem". This aspect has totally ruined her daughter, who seems almost unable to initiate or retain meaningful social relations with anyone, with her interactions with So-hee highlighting the fact, as much as Soo-kyeong's relationship with her beau and his daughter highlight her issues. Furthermore, in the case of I-jeong, it becomes obvious that she has already started following the violent path of her mother in her social interactions, even if her antipathy for Soo-kyeong occasionally leads to the opposite path, which ends up being, though, misplaced, awkward and essentially harmful for the recipient. 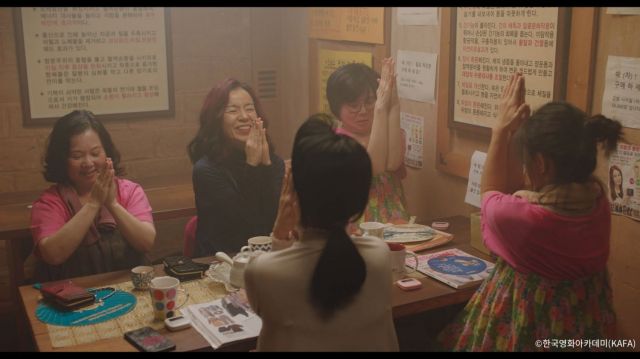 This whole approach makes a pointed remark about the concept of family and what exactly constitutes one, although in this case, Kim does not offer the solace of an alternative one, instead showing how these two women are stuck with each other, for being who they are as individuals, in a Sisyphean notion that becomes even more horrific due to the nature of their relationship. At the same time, and without offering much excuse, particularly to the mother, the scene in the dark seems to imply that there is something different than all the hate in their relationship, despite the fact that is never articulated.

Both the story, the character analysis including the coming-of-age I-jeong experiences, and the comments here are interesting and eloquently presented. At the same time, though, at 140 minutes, the film lags significantly, particularly as it gets closer to the end, with some completely unnecessary scenes like the one with the flute bordering on being annoying. This aspect, combined with the rather slow pace, detracts much from the impact such a story could have, in essentially the most significant fault of the title. 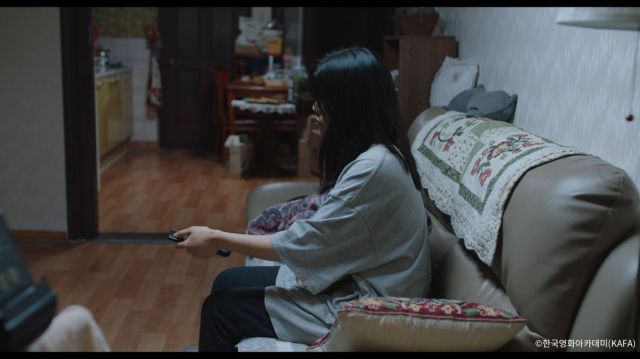 On the other hand, acting emerges as one of the best aspects. Yang Mal-bok as Soo-kyeong is exceptional as the violent mother with the short temper and the overall immature and unmother-like behaviour. The scene where she walks in the street on a negligee is the highlight of an overall great performance. Lym Ji-ho is also convincing in the role of the victim that eventually retaliates only to find out that her reaction is a misplaced and lost cause, while her narration of the first time she had her period is one of the most chilling moments in the movie.

"The Apartment With Two Women" is a well-shot, well-written, well-acted film and a rather extreme but definitely smart presentation of the mother-daughter concept, that would have been a lot better, though, if it was much briefer.

"The Apartment With Two Women" is directed by Kim Se-in-I, and features Lym Ji-ho, Yang Mal-bok. No release date in Korea yet.