[HanCinema's Film Review] "The Day He Arrives": A Dreamy Journey of Constants and Change 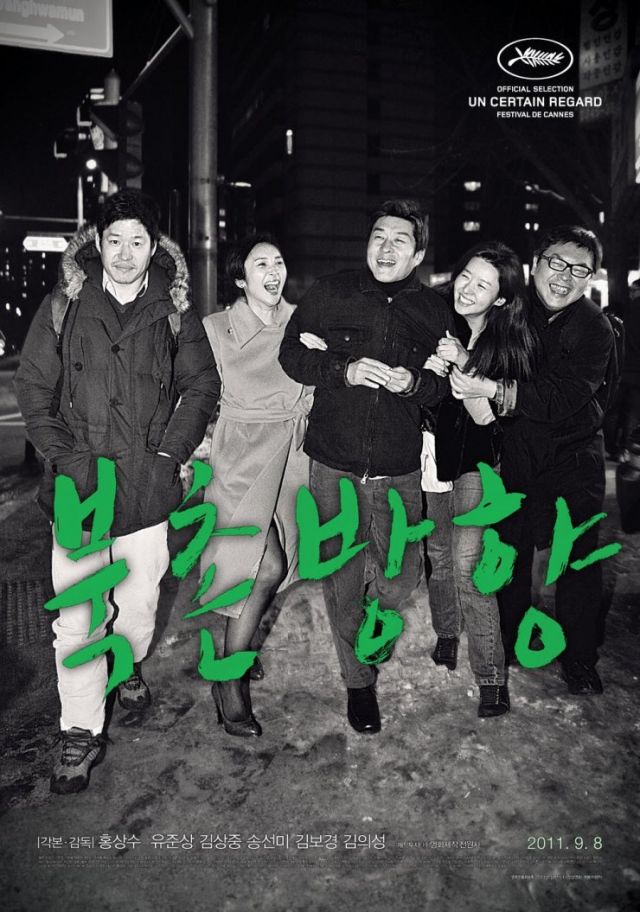 Film: "The Day He Arrives"

Director: Hong Sang-soo ("Virgin Stripped Bare by Her Bachelors", "On the Occasion of Remembering the Turning Gate", and "Woman on the Beach")

Also try: "The Day a Pig Fell Into the Well" and "Oki's Movie"

Hong Sang-soo's body of work exists within his own cinematic ontology, with his narratives being both deeply personal, yet relatable to the very intentional point of being uncomfortable. In "The Day He Arrives", Hong Sang-soo adds another chapter to a filmography that subtly plays with cinematic realism while seducing his audiences with a uncanny sense of existence and dreamy fantasy. In keeping with the themes and motifs contain in his previous films, Hong Sang-soo once again probes deep into the human condition, placing his own philosophical commentary on existential issues that orbit the individual and their relationships with others.

Those who are unfamiliar with Hong and his approach to cinema will no doubt question the the manner in which the story is told. Characters and events are manipulated and weaved into a thought-provoking lattice that probes the cause and affect nature of relationships, and the environment in which they exist. In "The Day He Arrives" we follow Seong-joon (Yu Jun-sang), a film maker who has returned to the Seoul to visit and old friend. With his backpack forever strapped to his back, Seong-joon is painted as a wanderer returning to a past life, one where his experiences have shaped him into the man we are now introduced to.

Even this early in the film, as we watch Seong-joon wander down a familiar street, there a cyclic component to the way in which Hong introduces us to the film, a theme that is at the very core of this film. Seong is man who has returned, a man who once choose to leave behind all that he knew and that which has seemingly shaped him. His return marks a fascinating chapter in his life as he encounters past players as well as new variables. His relationships with these individuals and events is governed by his previous memories of them, but, more importantly, it is Seong-joon's own personal sense of self and development that is of interest to the director.

The film struck me as one that delves into human relationships from the perspective of the individual. The communicative process between beings is problematized through a dreamy time-space portrayal of events. In the film we follow Seong-joon as he re-experiences familiar people and events within a series of reoccurring locations. Hong has chosen to repeat specific locations and interactions to the point where the spectator is struck by an unavoidable sense of Déjà vu. It's that unnerving feeling that we've been here before and that what we are seeing and experiencing has already occurred, and that's exactly the point.

Our protagonist is one who is contending with a unresolved personal struggle with himself, and it's strung by his own inability to engage the world, and its inhabitants, with any realistic hope of progressing or inspiring personal growth. Here, the cause-and-effect relationship between one's actions in the present and the supposed effect it has on the future, is tackled through Seong's apparent need to keep moving and remain detached from that which he deems constant and undesirable.

This notion is brilliant captured in the films final scene, as Seong allows himself to pose for a picture on the very streets he has been wandering. Over and over again the shutter clicks, and with each click the worry and anguish in his eyes becomes clear. This existential wanderer has been forced into a moment from which he can not escape, as his current presence in the world is being made into a constant, in the form of a simple picture.

Perfect. This is a character who struggles with personal change and thus, perhaps paradoxically, keeps on the move in fear of the constant. He is always seen sporting a backpack, an iconic indicator of someone in motion who is carrying their own personal baggage with them. He is unable to transcend or challenge his approach to relationships and seems to be stuck in a dream-like loop that is tied by his own personal inhibitions. This type of oneiric element in the film is not alone. Hong repeats a number of scenes, dialogues, and even reuses characters in order to reinforce the film's theme of desired change versus perceived environmental constants.

"The Day He Arrives" is a philosophical look at being and being-in-the-world. A moving picture of man in motion whose past, present and future seems to be under threat and void of growth and transcendence. Hong's choice to produce the film in black and white mirrors the narratives emphasis on extremes and the dichotomy between the past and present. Grey then is the color of our protagonist, as he is neither here nor there, so far as time and space are concerned. "The Day He Arrives" is a dreamy experience that flirts with that which is constant and those elements in our lives that undergo change. It is also a film that, through the film's mechanics as well as the narrative choices made by Hong, one that is perturbingly self-reflexive but at the same time rooted in Hong's own cinematic sense of the real.