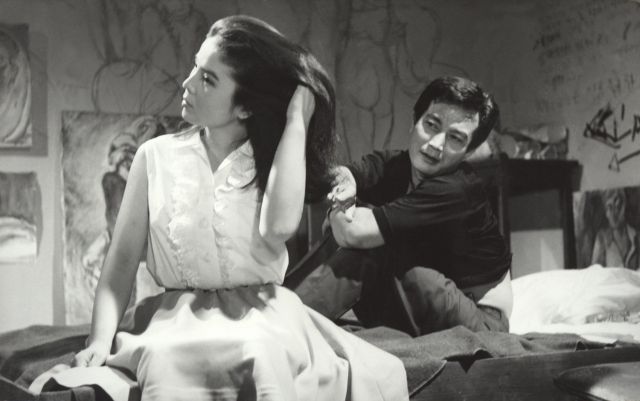 Based on the homonymous novel by Lee O-young, "The General's Mustache" presents a rather unusual approach to the crime drama, as it initially starts as a usual entry in the category, but eventually turns into an existential, social film filled with philosophical but also melodramatic elements.

In a rather tense intro that begins with a woman's scream, we learn that photographer Kim Cheol-hoon is found dead by his landlady, inside the room he was renting in her house, with the date of his death placed some time before. The police first suspect the finder, but after her testimony, their search turns to other people in his life, whose own, lengthy testimonies reveal much about the character of the deceased, who was anything but a "normal" individual.

In that fashion, various elements lead them to people associated with him. Through his missing camera, they come across a "Nude Model" who has posed for him, with her revealing his endeavors as a photographer. The scar in his forehead leads them to his mother, who talks about the accident that caused the wound when he was an infant and sheds light on his childhood. A single stocking leads to his ex-girlfriend, who reveals the most about his troubled character, and his struggle to fit in a society that did not accept him. Lastly, his sister gives significant information about the reasons he turned out to be the isolated man he became. The lead detectives Park and Kim try to discover the murderer through these confessions, but their search proves much harder than they expected. 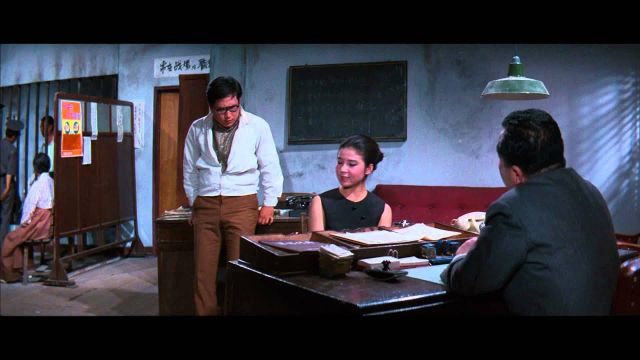 Lee Seong-gu directs a film that begins as a noir crime thriller, but through the testimonies of the women who knew Cheol-hoon, becomes a pointy melodrama about the inability of the post-war generation, and particularly the people that grew outside of the urban centers, to find a place in the "new" society, not to just to live and sustain themselves financially, but in essence, to exist. The way Lee presents this failure to adapt is quite smart and entertaining, with the testimonies adding layer after layer, to a character that proves quite complicated, despite the initial opinion of the police detectives, and in essence, of the audience.

According to Lee, the despair that eventually took over Cheol-hoon had a number of roots, each one presenting a critique towards a certain "element". Religion and its strict rules, the army and the way war impacted the ones who participated, social standards, conservatism and the resulting outcry for the ones that step over them, xenomania and its effects on the standards of the urban society are the most central ones, with their depiction being rather harsh through their consequences on Cheol-hoon and the people around him.

The various standards of the different societies (urban, rural, military) and the consequences for the ones that do not follow them are also wonderfully presented through an animated sequence that takes place near the beginning of the film, which explains the gist of a book Cheol-hoon was trying to write, with its title giving the film its name. Obviously, the man without the mustache is Cheol-hoon, with the concept explained thoroughly through the elements we just described.

Through the total of the aforementioned elements and the finale comes the final comment of Lee Seong-gu, which is rather pessimistic, as he seems to state that the people who cannot "read the atmosphere" or "follow the rules/standards" have no place in the newly formed society, with their death being the only way out.

This element is what gives the film the final melodramatic touch, which is heightened with every testimony and eventually takes over the narrative, probably in an effort towards commercial success, although "The General's Mustache" is far deeper in context than the standard melodrama (of the era).

Jang Seok-joon's cinematography succeeds in capturing the psychological "prison" Cheol-hoon was living in, in a number of settings including the city, the country, and the battle locations. Yoo Jae-won's editing connects the various events resulting from the different testimonies nicely, while inducing the film with a very fast pace, that demands from the audience to focus on screen at all times. His work and the way Lee Seong-gu allows the story to unfold are the bet assets of the narrative.

"The General's Mustache" is a great film, that works both at an entertainment level through its crime-drama, sensualism, noir and melodramatic elements and a contextual one, through its existential and sociopolitical comments.