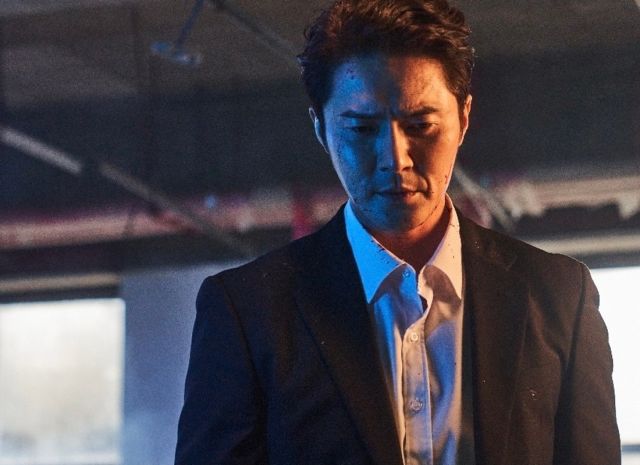 As I have mentioned many times before, the crime thriller was one of the nucleus of the race of Korean cinema towards the top of the international stage it enjoys nowadays, with the number of masterpieces counting at the dozen. At the same time, however, and as is usually the case, the success of the top films of the category gave way to a number of mediocre titles that just tried to ride the wave. Kim Hee-seong, although not straying much away from the norms with "The Goblin", does try to make something different.

The film begins by introducing us to the "Goblin" , a legendary killer no one has been able to catch, through a police meeting stating the fact. Soon, we are introduced to Doo-hyeon, the aforementioned killer for hire, his paranoid boss Baek-san, and the new member of the organization, Yeong-min, who is still too green to be a killer. The boss, however, pushes him as much as possible, and after an actual murder, he ends up killing his new boss and manages to disappear. Doo-hyeon, whose wife, Ji-young, has just asked him not to come back again, after being fed up with his profession for years, ends up being accused of the aforementioned murder, and without the will to fight, ends up in prison.

Years later, he is released a changed man, not willing to succumb to any kind of violence anymore, and tries to find his family. With the help of the police chief, he manages to do so, but soon finds out that his daughter, Ye-na, is going to the same school with Yeong-min's, who after the initial events, has taken the title of the Goblin for himself. Furthermore, despite the fact that they know nothing about their father's capacity, the two young girls have actually become enemies in school, and tragedy does not take long to happen. 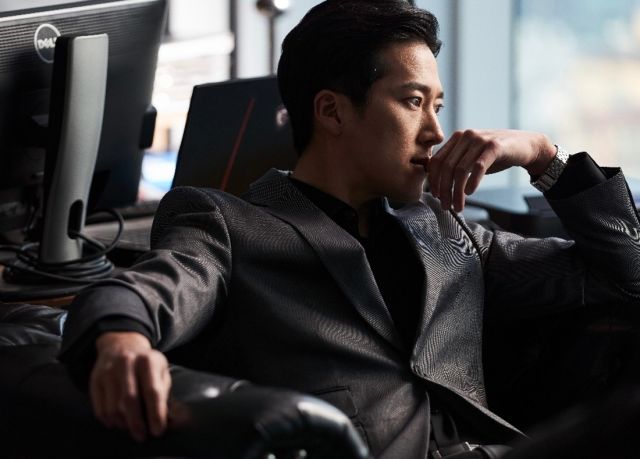 Kim Hee-seong directs a distinct crime thriller, with the tropes of the killer for hire, organized crime, and the concepts of repent and revenge being prevalent throughout the movie. Furthemore, as is the rule in the genre in its Korean form, the action scenes are both stylized and rather brutal. Starting with the swift cut of Doo-hyeon in the beginning, continuing with the desperate effort of Yeong-min in his first murder attempt, and most of all, the rather lenghty finale which sees the much awaited one-on-one between the two protagonists, are all quite enjoyable to watch.

Where the movie stands out, however, is the presentation of the two protagonists as fathers, where the main comment here, that 'sins of the fathers are visited upon the children' is highlighted in the best fashion. That both daughters seem to have an inclination towards violence moves this comment even further, stating that children are also shaped by the environment their parents inhabit, while it is also wonderfully implemented as the elements that makes Doo-hyeon return to his violent self. At the same time, the concept of school bullying is also included, with the fact that the two individuals are involved making the whole comment more shocking, even more so when violence becomes a factor.

Some issues regarding the progression of the story and the way the flashbacks are implemented do exist, but considering the film is still in post-production stage, I will refrain from commenting more. 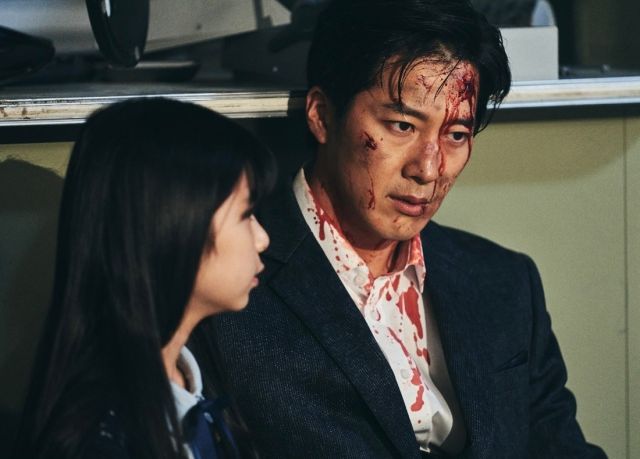 Watching a Korean crime thriller without any A-list actors is a surprise, but that is exactly the case here, even if Lee Wan, who plays Yeong-min, has a significant career in television. Nevertheless, he is quite good in the part, particularly in the way he transforms from a naive coward to a brutal murderer to a 'noble villain'. Jo Dong-hyuk as Doo-hyeon is equally convincing in his transformation, from a 'noble villain' to an everyday man and father (to the point that his acting in this part points towards art-house aesthetics) to a brutal murderer.

"The Goblin" does not exactly break the mold of crime thrillers, but has enough original elements to deem it a worthy effort, with the presence and the arc of the young girls will definitely shock any viewer.

"The Goblin" is directed by Kim Hee-seong, and features Jo Dong-hyuk, Lee Wan. No release date in Korea yet.