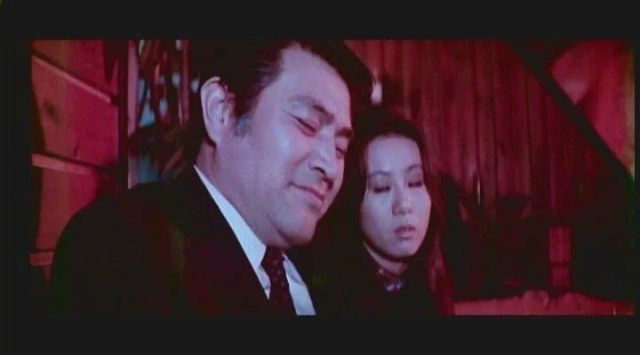 Featuring the Oscar-winner Youn Yuh-jung in one of the protagonist roles and one of the most important Korean filmmakers of all time in the face of Kim Ki-young, "The Insect Woman" is a truly masterful film, which even manages to move towards an exploitation path, apart from the melodramatic/family drama one.

After a rather intense introduction featuring a psychologically disturbed man checking himself in a mental hospital, we are introduced to the main storyline, revolving around Myeong-ja, a schoolgirl whose life is in shambles after her father's death. Her mother, unable to make ends meet for the family, forces her to get work in a hostess bar, in order to help pay for her brother's tuition to college, despite the fact that the young man is not exactly a great student. The inexperienced girl falls in the hands of a cunning madam, who knows exactly how to use the stick and the carrot to get Myeong-ja do exactly what she wants. While there, she is introduced to the aforementioned man, Mr. Kim, who is suffering from impotence and a domineering wife. Their first meeting ends up as something that is essentially a rape, which manages though, to wake up the man's sleeping libido. Furthermore, a bit later, Myeong-ja, realizing that this would be her fate from now on, instead prompts to become Mr. Kim's mistress, despite the fact that he already has a wife and two kids. After a rather intense clash with his wife, Oh Soon-jo, the latter agrees to allow the affair, although under a number of rules that include a curfew for him to get back home, control of his weight, the number of times the two of them have sex and a plethora of other factors. Surprisingly, everyone involved agree to the deal, despite the protests of Mr. Kim's offspring, Kim Jo-mi and Kim  Hoon. However, when the two lovers start discussing about having a baby, things take a rather sinister turn.

Kim Ki-young directs a film whose narrative thrives on a number of levels. The first element that becomes obvious is the tension that essentially takes over the movie from beginning to end, with Hyeon Dong-chun's occasionally frantic editing being one of the main mediums of this approach. The sense however, is equally intense on a contextual level. Starting with the tragic history of Myeong-ja, who seems to be beaten constantly, both literally (her brother, customers, Oh Soon-jo and more) and metaphorically (by the way her life unfold) the angst begins to soar after Soon-jo allows her to become a member of the family per se, while the appearance of a baby after a fashion, provides the apogee of this approach, as the film transforms into an exploitation/horror. At the same time, the erotic element is equally significant, also moving into psychoanalytical territories, particularly in the ways Myeong-ja uses it after a fashion and the fact that despite everything awful that is happening in their lives, the two of them continue having intercourse almost non-stop. 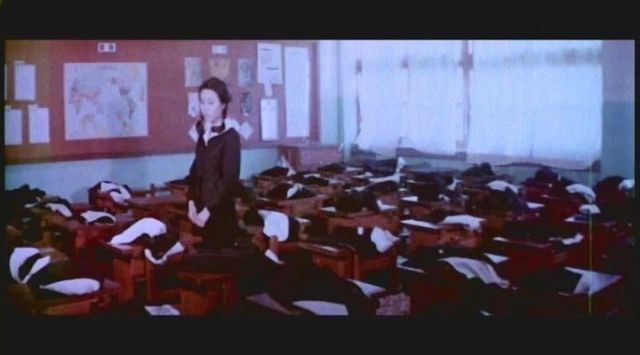 This element, of key scenes that cement the overall approach of the movie, is another dominating one in the narrative, which features a number of memorable sequences. Soon-jo's birthday dinner, where Myeong-ja is invited to join along with the rest of the family is one of the most intense, particularly after Kim  Hoon, the son, lashes out to his father's mistress. The many sequences of the baby, particularly one truly bloody one, and the phone calls that mention to Myeong-ja that the infant is a vampire are also among them. The way Soon-jo decides to deal with her husband's will to have another baby is also truly shocking, essentially deeming her the true femme fatale of the story, with Jeon Gye-hyeon giving a truly remarkable performance in the role. The moments where Myeong-ja is being slapped, her almost paranoid laughter on occasion and her failed efforts to revolt against powers that are much more significant than hers also emerge among the most memorable here, also highlighting Youn Yuh-jung's impressive, and rather multi-layered performance. Furthermore, the way Kim Ki-young manages to bring all the aforementioned elements together, and through them, to make a number of social, philosophical and psychological comments while retaining an ironic and blasphemous sense of humor throughout, is a testament to his great directorial abilities. 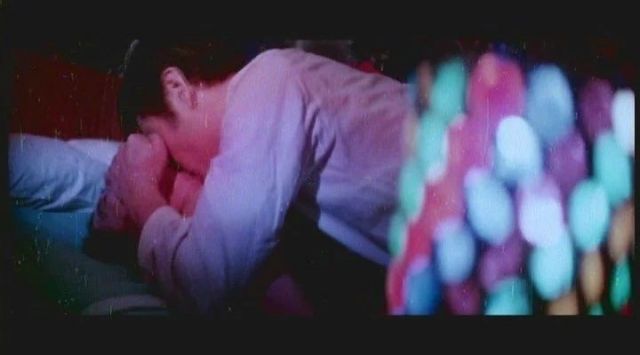 The place of women in society and the way sex can be used to change their status is one of the most dominant ones, although Oh Soon-jo's character seems to state that the "boss" inside the house, can be someone else. The concept of family and parenthood also come under scrutiny in various levels, with the same applying to the concept of youth, the role of the teachers and prostitution. Furthermore, that Mr. Kim states that men are accustomed to getting things from women since birth, due to their relationship to their mothers, emerges as one of the most interesting, with Kim Ki-young even extending it to sadomasochistic levels.

"The Insect Woman" is a title that works on a number of levels, both contextually and cinematically and one of those rare case when a movie can be both a masterpiece and cult.