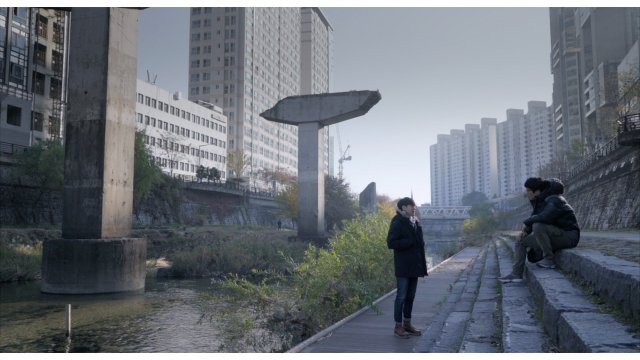 The search for originality and uniqueness has always been one of the main pursuits of experimental cinema, through a number of courageous filmmakers who shot films they probably knew they had very few chances to succeed, at least commercially. And although there is something heroic in their effort, being gives no guarantee for the quality of the movies or that they actually work. Unfortunately, "The Interviewees" is one of those movies.

*the subtitling of the movie was quite bad, which made things worse for a narrative that is almost completely based upon monologues and dialogues.

The story takes place in 2220, where people have restored Seoul in a way that does not differ at all from how it was in the 21st century. However, the difference is that the government has created human clones, one for every individual, for a number of reasons most of which have to do with employment in industry and public work. Furthermore, humans must pay monthly health insurance premiums for their clones. In this setting, two men, an original, middle-aged who tries to find a way to pay the medical fees for his sick son, and a young clone that is searching for a meaning in his life, wander around Seoul in search for a job. 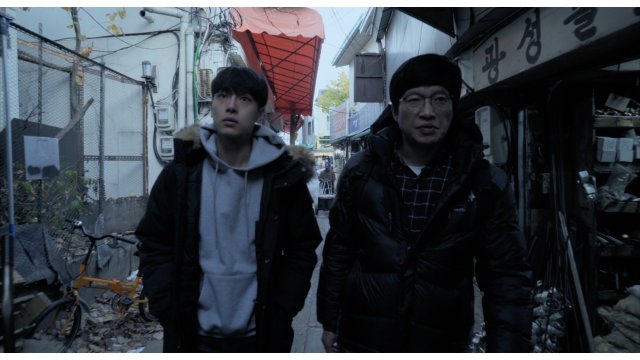 Hwang Seung-jae directs a film that deals with a number of social, philosophical and financial issues, most of which revolve around the concept of clones and their raison d'être, both regarding themselves (as beings that have to live in case someone needs them) and for the rest of society and particularly their originals. Corporatism, the practices of the government, particularly regarding the health and insurance sector, new world order, capitalism, and employment are only some of the additional topics the movie deals with.

Somewhere here, however, is where the faults start. To begin with, apart from the main "arc" of the narrative revolving around two men walking around and discussing, the rest (the majority actually) is comprised of people talking to the camera (the titular interviewees) answering questions which are never actually asked, since it is expected from the viewer to understand the question from the replies. This approach makes the viewer think, but the people talking and the questions are so many that eventually this tactic becomes quite tedious, with the speed of the change of the people speaking adding even more to that regard.

Furthermore, the trick of having a future that is exactly like the present may be a comment that not much change will come, but it definitely does not work, at least in sci-fi terms, since nothing that appears even remotely futuristic ever appears on screen. The same applies to the concept of the clones, who, since their doubles never appear on screen, do not convince at all as different entities.

"The Interviewees" makes some interesting points, but its stage play/documentary-like approach does not work at all, with the film essentially ending up as a failed experiment.