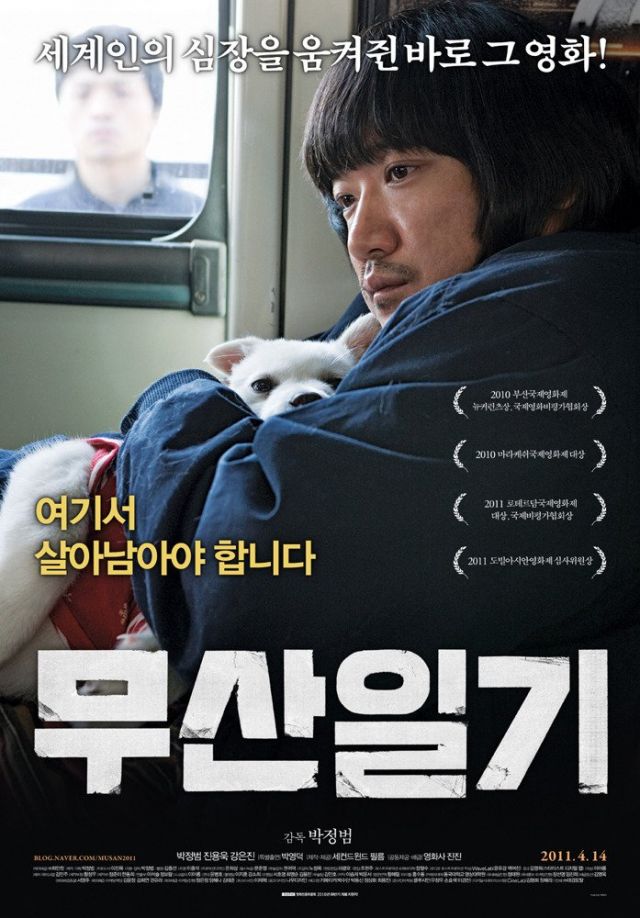 Film: "The Journals of Musan"

With Lee Chang-dong as his cinematic mentor, Park Jung-bum, his assistant director for the internationally acclaimed melodrama "Poetry", burst out the gates in 2010 with his directorial debut "The Journals of Musan". It's a tragic and personal story of Park's that was inspired by his real-world relationship with his troubled friend; a North Korean defector whose heartfelt personal struggle is meaningfully woven in to each frame by Park's intense relationship to the piece.

The film's strength lies in the purity of its story. Park Jung-bum's proximity to the material goes beyond how characters are depicted and giving breath, as it is he who actually plays his recently deceased friend. Jeon Seung-chul is the man the story is shaped around, and the film concerns itself with his early experiences as a North Korean defector in Korea. Like many North Defectors, Jeon Seung-chul arrived in South Korea with the hope that this side of the border would to lead to a better quality of life. Despair and tragedy are the emotions at play here, as we are given a front row seat into the life of Jeon Seung-chul.

How we are taken there is half of the storytelling here. Cameras shake constantly as we follow Jeon's painful daily existence, almost panting along with the ever-felt cameraman whose gaze we are locked to. The sound of the piece is focused, sharp and posses a raw sense of itself that invokes an unsettling response to this man's depressing reality. Park even takes you further into this main character's shoes by inserting a timely P.O.V that forces you to question your own personal proximity to the man on screen. It's all intentional and deftly executed, making "The Journals of Musan" a film that demands a certain level of emotional investment as Jeon Seung-chul's story becomes your own.

Jeon Seung-chul's journey is marked by the conflict between his personal desires, the world he finds himself in, and the barriers between them. Jeon is ill equipped to tackle events in his life, and when he does finally take control, he is reminded of the fact that world finds a way to bring suffering back into his life. It's a rollercoaster of a film that pulls you in so many directions, all the while teasing you with the illusion of stillness that emerges out of the film's purposefully unrefined visuals.

As Jeon encounters various depressions in his reality, there is a strong empathetic edge as to how these situations are play out. This is largely achieved through Park Jung-bum's rich involvement in the creation of Jeon's character, leaving nothing to question as we are given a precision carving of our troubled protagonist and his emotional response to his world that, one way or the other, only manages to bend but never break.