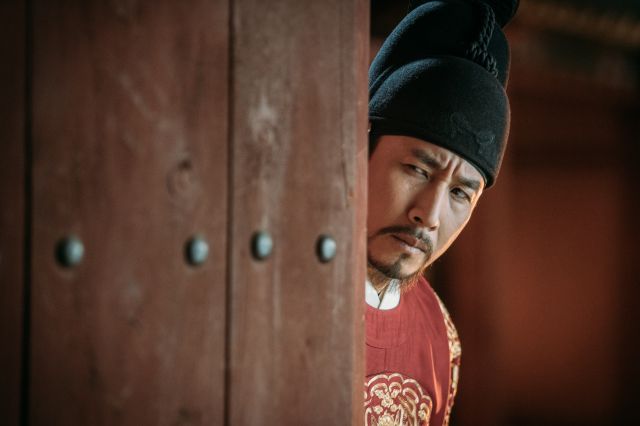 If you're searching for a run-of-the-mill, Joseon-era film, look elsewhere because "The King's Case Note" is far from the usual sageuk (historical) fare. In fact, the entire 114 minutes of Moon Hyeon-seong's ("As One") Joseon-era whodunnit boasts of its own flavor (mostly of the comical sort), which manifests itself as a double-edged sword. Some of it was brilliantly executed, like the comic moments between the king and his chronicler (in a very Sherlock and Watson-esque pairing) that were laugh-out-loud funny, but the undependable pace that catered to the humor detracted from the film's cohesion.

Before delving into the heart of what makes this film what it is, first we must cover the basics. "The King's Case Note" is the tale of King Yejong (Lee Sun-kyun) and his brilliant chronicler, Yoon Yi-seo (Ahn Jae-hong). The two adventure through Joseon in order to solve the mysteries that crop up through the kingdom. Their adventures are reminiscent of Indiana Jones. In the case of "The King's Case Note", someone is after Yejong's throne, but this stubborn, clever, and quirky king will have none of it. He enlists his newest chronicler's help, but Yi-seo is at first reluctant, and for good reason. Those who have come before him have lost their lives at the hands of the masterminds behind the many attempted coups. As is the norm in sageuk, the masterminds are the ministers who use their money and heritage to control political and socio-economic happenings. Against these men and their incredible influence, the king and his chronicler endeavor to triumph. Throughout the film both the king and his man discover their friendship as well as what makes them special. Throw in the mysteries that they must solve and the film becomes the story of two men as much as it is a caper mystery. 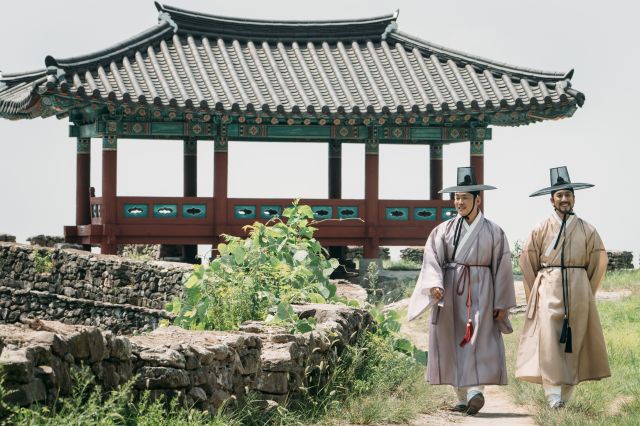 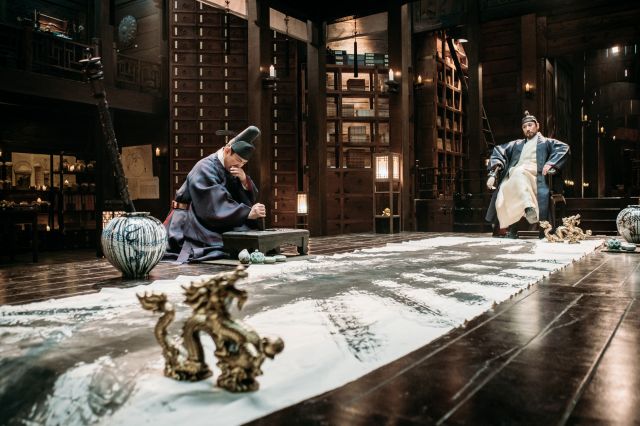 That said, this film isn't always coherent in tone, pace, or development. As with many films today, the first half is quite strong and it is in the latter half that we find that the story and action flags. The mysteries that confound Yejong and Yi-seo are intriguing indeed, but the way they are solved is poorly developed, especially when bursts of humor are not organically stitched into the action. This is mostly found in that weaker second half. But part of what gives this film its quirk and makes is enjoyable is that its story and style are derived from the original manhwa, or Korean comic, written by Heo Yoon-mi. Visually, a lot of the storytelling is derived from the manhwa graphic style, which adds layer upon layer of visual appeal and sheer beauty. Backstory and thought processes are explained through art and cinematography, which are definitely some of the strongest points of the film. If the plot is weak, then its presentation and the beauty of that presentation make up for it.

It would be remiss of me to neglect the mention of Lee Sun-kyun ("My Wife Is Having an Affair", "A Hard Day", "Everything about my Wife") as King Yejong and Ahn Jae-hong ("Fight For My Way", "Fabricated City") as Yoon Yi-seo. It is the obvious fraternity felt between the actors that creates a palpable bond that the audience can enjoy. Lee Sun-kyun is not only a charismatic actor perfectly suited to the role of royalty, but his expansive bass voice and sense of comedic timing combine to make a winning performance. It is his portrayal of the do-it-himself king with brains and gumption that helps to steer the film forward despite any plot weakness that may threaten enjoyment of the king as a character. Add rising star Ahn Jae-hong to the mix with this ability to capture the camera with his steady gaze and show the growth of his initially cowardly character, and the film has two captains to courageously carry the film from beginning to mischievous end. 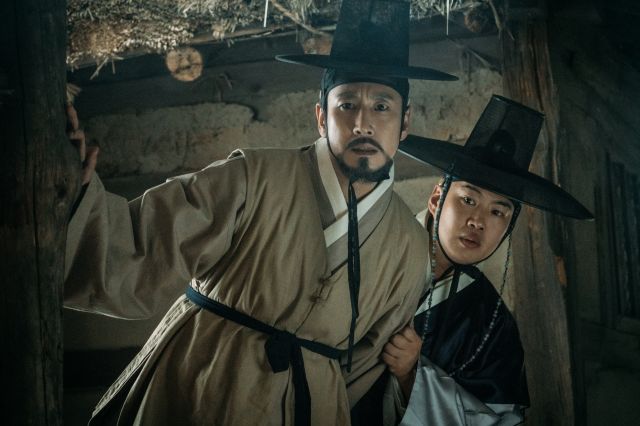 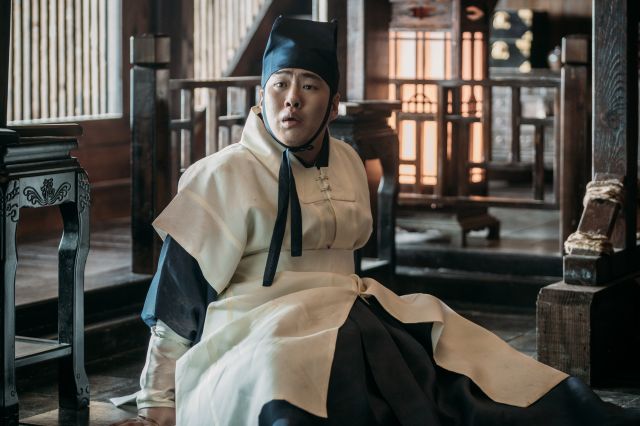 Part of what sets the tone for the film is the scoring. What we hear as the king and his man adventure through Joseon is epic orchestration reminiscent of a Western adventure tale, heavily horn-laden to depict moments of grandeur. The commonality of the musical style does not detract from its ability to shape the audience's emotional reactions. Elements like this, the music and visual appeal, are what come together to shape an entertaining film.

While "The King's Case Note" isn't a creation of genius or a work of originality, it is thoroughly entertaining, which is one major goal of cinema. Watch this at the end of a long day when a need for a departure from the trials of life strikes. If you need something deeper, look elsewhere. But, there is always a time and place for a little adventure in life. 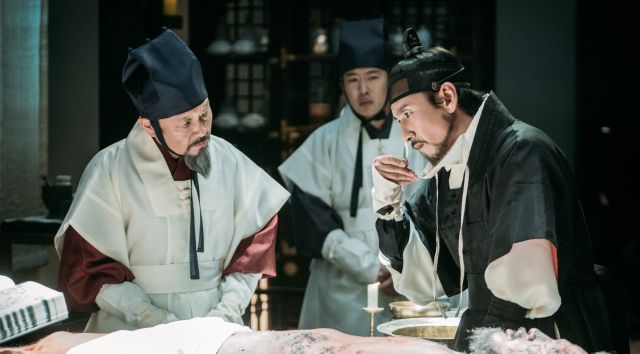 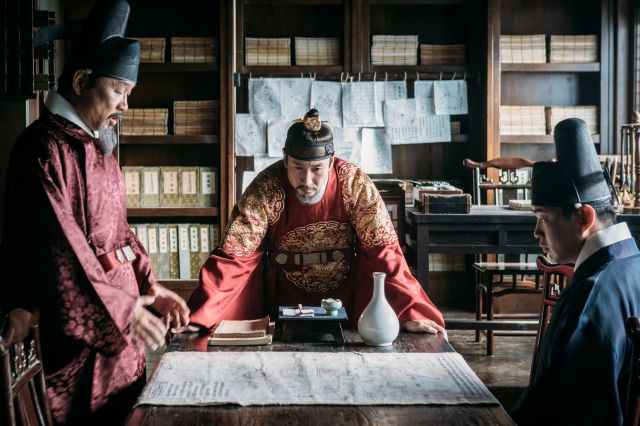 Thank you to CJ Entertainment for the screener and also for the lovely stills which you see in this review. Watch the trailer here. 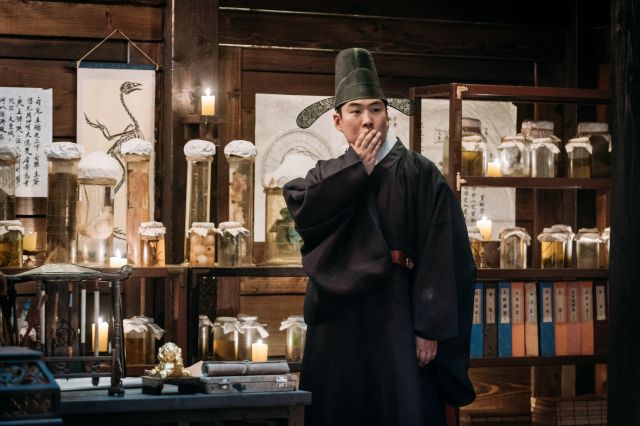 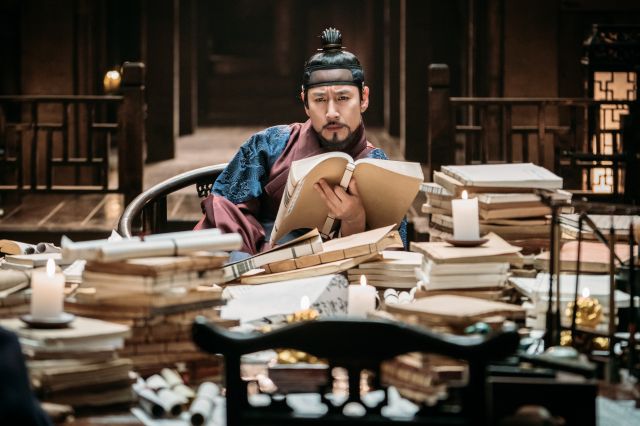 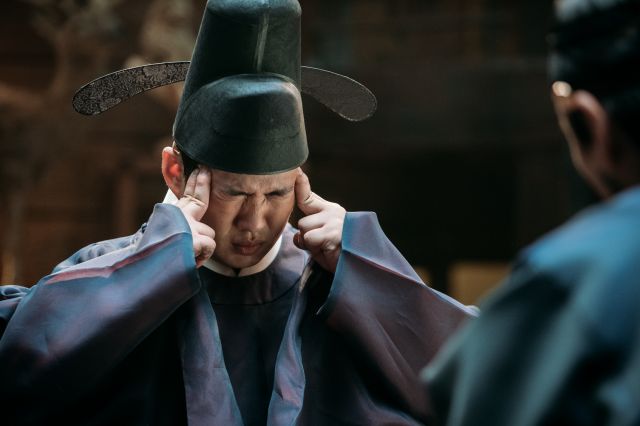