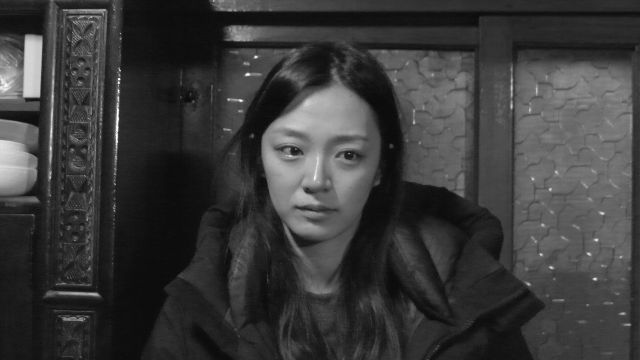 Winner of the Grand Prize of the Korean Competition in the 2018 Jeonju International Film Festival, "The Land of Seonghye" is a very realistic portrait of the difficulties young Korean people face nowadays, professionally and personally.

Seong-hye is a 29-year-old woman, whose life seems to be going nowhere, particularly after a rather unfortunate internship in a large company, where she ended up filing a complaint for sexual harassment, which was ignored, forcing her to report to the Human Rights Commision and leave the company. Her actions, however, have included her in somewhat of a "black list" with none of her later interviews being successful. In order to sustain herself and send money to her hospitalized father, she has taken the graveyard shift in a convenience store, after which she goes on delivering newspapers in multi-story apartment buildings, both part-time jobs. During the day, she attends various workshops about job finding, to no avail, though. Furthermore, her boyfriend, who is preparing for the civil service exam, is also hopeless, not to mention a tactless simpleton. When tragedy hits her hard, though, she is presented with a chance to change her life completely.

Jung Hyung-suk directs a distinct art-house film, who focuses on the realistic depiction of the live of an "ordinary" person, centering on Seong-hye's feelings and thoughts, rather than dramatic events. Through this approach, he makes two main comments. The first one is a rather harsh one about the corporate world and the way someone needs to act to achieve professional success, as much as what happens to people who, for one reason or another, end up outside of the system. 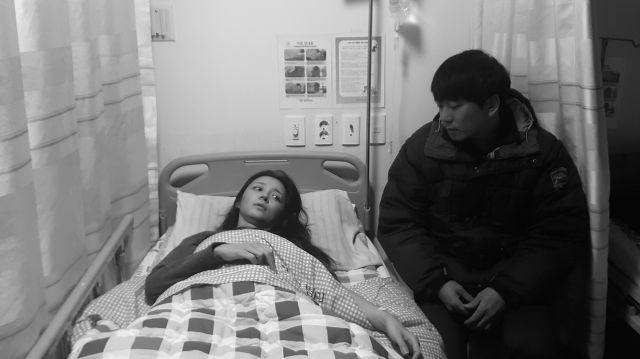 The second comment is about the mundane lives a number people experience in Korea, and the consequence this has on their psychology. In essence, the story of Seong-hye is the story of people who live in the cracks of reality, not as pariahs but definitely not as the perceived "average".

Jung presents this concept as a serious issue, but his solution is a bit strange, and actually has a lot to do with luck and embracing the uneventfulness of one's life, along with the lack of ambition and any kind of effort. For the majority of people, individuals like that would be characterized as lazy or even losers, but Jung seems to state that this kind of life is not as bad as most people think, and taking the easy, effortless way out could be the road to happiness.

Song Ji-in is the undisputed protagonist as Seong-hye, featuring in almost every scene (probably all) of the film, with her character functioning as the medium for a film that could easily be described as a character portrait. Her performance is quite good, as she shows her psychology and feelings in a very restrained way, which fits the general aesthetics of the production perfectly. With so much time on screen, the fact that she is very pleasing to look also adds to her overall performance. Kang Doo as her boyfriend is the main source of a comedy, with his simple ways providing some very funny moments, particularly in contrast to Seong-hye's. This aspect reaches its apogee in a scene at a diner, where both personalities "clash" in hilarious fashion. 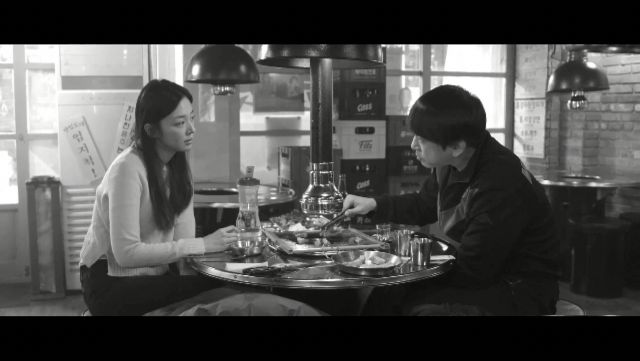 Jung Hyung-suk's black and white camera follows his protagonist as closely as possible, again in highly realistic, and almost completely non-dramatic fashion. His focus is also on the urban setting the story takes place in, through a number of sequences presenting Seong-hye walking around the various neighborhoods in the city. Son Jin-woo's editing implements the slow-burning rhythm of the film nicely, although I felt that the movie would benefit from some tighter work at some moments, since at almost 120 minutes, it overextends its welcome, although just for a bit.

"The Land of Seonghye" is an intriguing, art-house film, and a nice sample of the particular Korean scene, which could have been great if for a smaller duration and a more straightforward presentation of its social comments.

"The Land of Seonghye" is directed by Jung Hyungsuk, and features Song Ji-in and Kang Doo.

"[Hancinema's Film Review] "The Land of Seonghye" "
by HanCinema is licensed under a Creative Commons Attribution-Share Alike 3.0 Unported License.