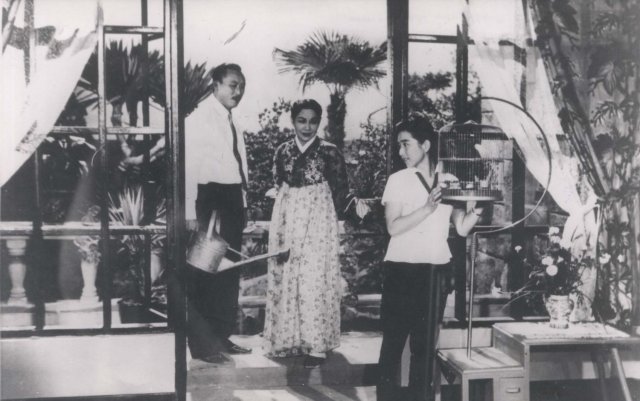 Coming up with a film that functions like a modern version of "Pride and  Prejudice" in a Korean setting and with Hollywood aesthetics is definitely not an easy task, but Lee Byung-il seems to have managed just that, in a rather interesting production.

The story revolves around medical doctor Ko, his three daughters, and his wife, Mrs. Ahn's efforts to marry them according to her own agenda. In a rather unusual fashion, the film begins just after the wedding of the older one, Sook-hi with Seung-il, a man their parents did not exactly approve. During their first night together, the husband confesses that he used to love another woman in the past. Sook-hi is very understanding and in order to make him feel less burdened, she even confesses her own, similar story. Alas, his reaction is completely different from hers, and soon after, he leaves her and goes to the US. Sook-hi confines herself in the family's house for three years, at the end of which is where the main movie arc actually begins.

Mrs. Ahn is currently convinced that Sook-hi's blights were a result of her marrying out of love, and is now set not to let her other two daughters making the same mistake. Doctor Ko also has some plans of his own, but his attitude is more laid back, something that makes his offspring love him more. Mrs. Ahn plans for her second daughter, Moon-hi, to marry the son of a good friend of hers, who has just returned of the US, and mostly spends his time in their house sharing stories from his time there. Moon-hi, however, likes Joon-cheol, the tutor of the young son of the family, although her father considers him a nerd and her mother too poor and timid for her daughter. When they forbid her from proceeding with that relationship, she takes things in her own hands. The youngest daughter, Myeong-hi has grown a fondness for her father's assistant, Yeong-su, something her father seems to approve but not her mother.

Lee Byung-il directs a film mostly about the clash of traditional Korean values with Americanization, highlighting the hypocrisy of the previous generation, which is mirrored in Mrs. Ahn, about the concept. In that regard, Mrs. Ahn has no issues with her daughter marrying a man whose influences come from the US, or setting up her house in western style (including Greek-like ancient busts) but when the discussion goes towards the freedom girls enjoy in the US, and particularly regarding their disconnection from their parent's will, she simply closes her ears. 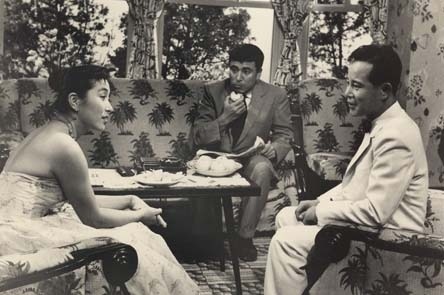 This attitude of hers, and the fact that Dr. Ko rarely takes a stand in the inevitable clash between mother and daughters, is the main source of the blights the girls experience in the main arc of the film, although each one's reaction is quite different. Moon-hi is devastated while Myeong-hi, amused. However, Lee does not make a point of showing that the daughters' way of thinking and actions are, necessarily, correct, and that of the parents, wrong, as exhibited by almost every individual story, at least until the rather forced happy ending takes over.

At the same time, however, and particularly through Sook-hi's arc, Lee presents the difference between the way people perceive men and women, and the fact that Korean society is a male-dominated one, despite Mrs. Ahn's effort to show the opposite.

The whole "politics" revolving around the three girls getting married is the element more reminiscent of "Pride and  Prejudice". On the other hand, the way the protagonists conduct themselves, the general story line, the overall setting, the clothes, the music and almost everything else, point towards Hollywood in terms of aesthetics, with the happy ending doing the same for the narrative.

Regarding the technical aspect, apart from the fact that the film is excellently preserved, the first thing one will notice is the masterful job done in the art direction by Yim Myung-sun, with every setting's decoration being as impressive as it is meaningful. Particularly the various rooms seem to mirror the mentality of their occupants, all the while highlighting the impact of American culture in the then S. Korea. Lee Yong-min's cinematography takes full advantage of this prowess to present some rather memorable frames, while the whole visual aesthetics also seem heavily influenced by Hollywood, as is the case with the pace implemented by Kim Young-hee's editing. 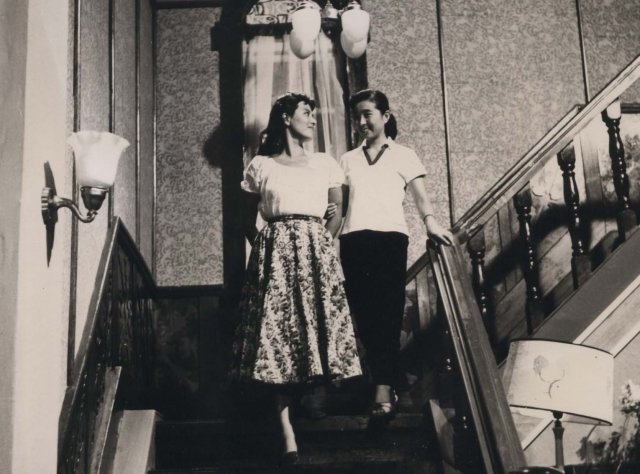 The acting is also on a very high level, with the ones standing out though being Seok Geum-seong as Mrs. Ahn, with her strict and controlling love, and Jo Mi-ryeong as Myeong-hi, with her cheerful rebelliousness. In general, the combination of comedy and drama works well for the narrative, with the cast actually being split into representatives of the one or the other.

"The Love Marriage" is one of the easiest to watch Korean movies of the 50's (at least among the ones offered by the Korean Film Council), as it seems very familiar to what the audience is used to watch in the West. Apart from the interesting comments regarding modernization and tradition, this is where the film's main value lies.