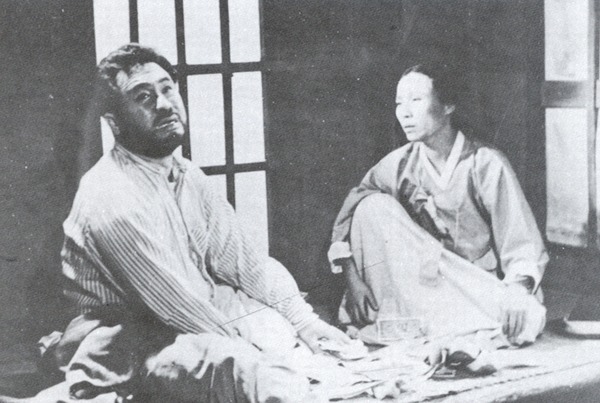 Based on a play by Son Ki-hyun, "The Money" is a rather strange amalgam, since the almost completely unrealistic, melodramatic premises of its narrative have the distinct purpose of criticizing capitalism.

The film takes place in a rural area, mostly inhabited by poor farmers. The main protagonist is Bong-soo, an extremely hard-working man, who is as bad with money as he is kind. The constant lack of funds has created a number of problems for him and his family, as his debt grows continuously, while he does not have enough to marry his daughter Sun-i, who has become depressed due to this fact. When his son, Yeong-ho, returns from his military service, things seem to improve, but it is proven that is only on a psychological level. Yeong-ho, who is a hard-core idealist who hates money, also has to face reality, as his loved one, Ok-kyeong, a girl who grew up in the same household, is currently working in the local bar, owned by the wife of the local usurer, Eok-jo. Yeong-ho considers this fact a great shame, and although their feelings for each other are sincere, this puts a strain on their relationship. Eok-jo, and his rather cunning wife, organize card games in their bar, where they manage to strip the local farmers, and particularly Bong-soo from even the little money they have left, and even more, later they proceed on loaning money to them, with a rather high interest. Bong-soo eventually has to sell his cattle, and a ray of hope seems to shine on him after he gets to Seoul, where he is tricked once more. Eventually, tragedy strikes the family even worse, as the story takes an even darker turn.

Kim So-dong directs this film in the familiar, extremely melodramatic style of many S. Korean films, where we watch the kind-hearted protagonist experiencing events that solely deteriorate his situation, without any sign of hope and with a growing sense of despair. The almost non-stop drama, the romance between Yeong-ho and Ok-kyeong, and the almost sadistic way fate unfolds for the protagonist, take care of the entertainment part of the narrative, which benefits the most by Kim Seung-ho-I's acting as Bong-soo, who gives a surprisingly measured but also quite nuanced performance that highlights both his good nature and his country-bumpkin naivety.

Contextually, however, Kim aims at highlighting a number of social issues, particularly regarding the despicability of capitalism and the way it takes advantage of the poor. Eok-jo and his wife, who are repeatedly portrayed as devilish, are the embodiment of this despicability, with the way they continue to cheat the naive, poor farmers stressing this fact in the most eloquent way. 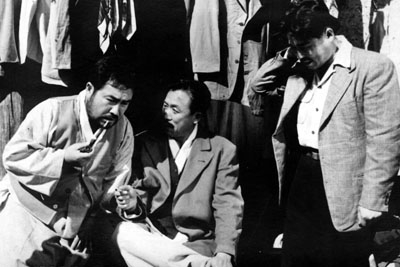 The scenes that highlight the way the two connive against the farmers with meaningful looks and hidden gestures are where Sim Jae-heung's cinematography finds its apogee, with the same applying to the scenes in the city where Bong-soo is also conned. The second type of sequences that underline the quality of cinematography and, subsequently, of the direction are the ones where Bong-soo is getting stripped of his money, with the artistry being evident both in the framing and in the way Kim allows the viewer to realize what is going to happen, in contrast to Bong-soo, who seems completely oblivious.

Yeong-ho, on the other hand, mirrors the idealism of youths that is mostly turned against the concept of money, as the young man is repeatedly portrayed saying phrases like "Damn money". Although his presence seems to breathe some revolutionary air in a community that takes its blights for granted, Kim portrays Yeong-ho as another strict conservative, who cannot adapt to the modernity of the times, which in this case, is represented by women working. "Girls are to be married" is the phrase he uses when he meets Ok-kyeong, depicting his overall state of mind in the most obvious way. 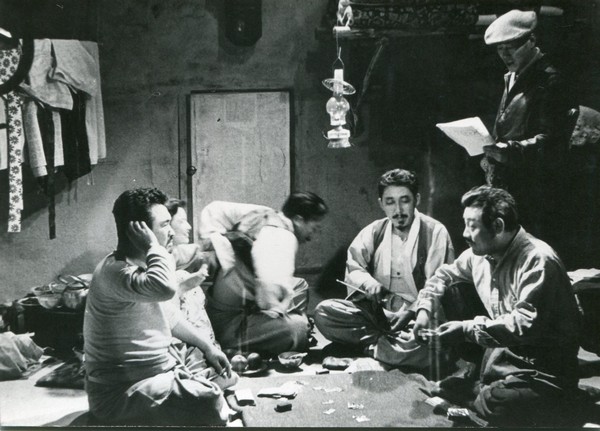 In terms of scenes' succession, Lee Hae-yoon's editing is quite good, as he retains a very fitting, relatively fast pace for most of the film, with the exceptions of the ones where Bong-soo is getting stripped of his money, which are the ones Kim wanted to stress more. However, at 123 minutes, the movie is quite long, and it is quite hard to witness all that misery for such a long time, despite the fact that the individual episodes are very interesting.

Using melodrama and highlighting the blights of capitalism during an era S. Korea was suffering financially was definitely a recipe for commercial success, and that is where Kim So-dong seems to be aiming. However, there are enough elements and artistry here to deem the movie more than a crowd-pleaser, and that is where its true value lies.