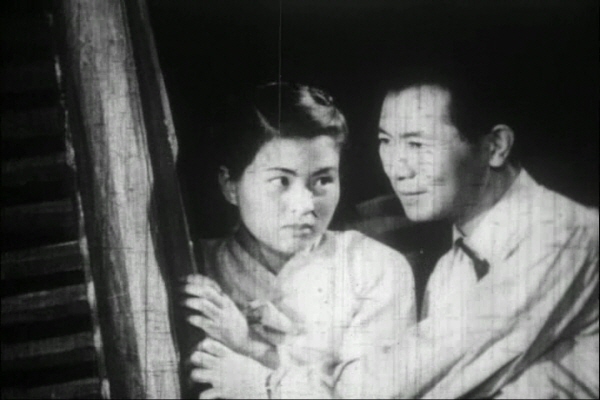 Choi In-gyu, who shot a number of pro-Japanese movies towards the end of the Japanese occupation, started shooting anti-Japanese ones after the liberation, with "Tuition" and "Hurrah! For Freedom" being distinct samples of the two tendencies, respectively. "The Night Before Independence Day" falls under the second category, but as we are about to see, he did not exactly got away from the clutches of censorship and official guidelines, as the movie first frame eloquently states "Approved by Minister of Education"

At this point, I would like to state that this is one of the most difficult reviews I have ever written, for a number of reasons. The lack of cinematic supplies has obviously taken a toll in the quality of the film, with the images being particularly compromised. Furthermore, this is the first film I watch that implements a byeonsa (narrator), namely Choi Yeong-su, who actually voices all the parts (both men and women) and also narrates what is happening on screen. This concept, along with the somewhat confusing narrative that seems to take place mostly in a single "room", make the critique of the film quite difficult, so I hope you will forgive any lack of quality.

The rather confusing, almost Shakespearean story begins during the day the South Korean government was formed. Min-ka, the owner of a pawn shop, tries to rape a girl, Seon-hui, who is eventually saved by a young man named Gyeong-il who happens to pass the shop, with the two eventually hiding into a nearby warehouse where a number of unlikely occurrences take place. The girl, unbeknownst to both parties, is soon proven to be Min-ka's daughter, and that he has expelled her mother some time ago, with the two women having just returned after the liberation of Korea. Gyeong-il has also arrived in Korea to find his elder sister after liberation. On another arc, Ok-ran, a woman whose father was killed by Min-ka five years ago, along with another man, Song, has been monitoring the pawn-shop owner, looking for an opportunity to exact her revenge. Eventually, and after a number of unlikely occurrences including a boxing match, a couple of drug addicts, the police and much violence, particularly towards Min-ka, the "villain" of the film has a complete change of heart, regretting all his deeds and stating that it is an honor to die the day the government was formed. 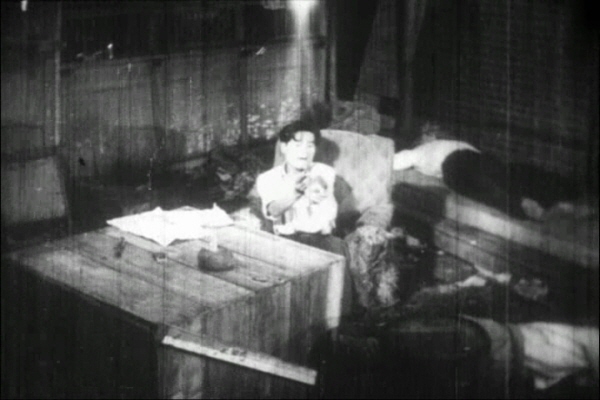 Choi In-gyu directs a movie that seems to want to show as many aspects of Korean society of the time, and to unite all of them under the newly formed government. In that fashion, the story entails criminals, murderers, rapists, drug addicts, gambling, the police, the haves and the have-nots, and a number of other individuals, whose stories eventually are proven to be connected. This, interconnecting, episodic nature of the film may defy current-time logic on a number of levels, but actually carries the film for its most part. I say, "for the most part", because the ending with Min-ka's complete turn-around borders on the ridiculous, as is the case with the mountain walk.

Due to the bad quality of the film and the evidently low-budget of the production, I would prefer not to dwell too much on the technical aspects. The only thing I would like to mention is that Hong Seong-ki's editing is quite good (considering) with him implementing frequent cuts that give the film a good rhythm and pace overall. Choi Yeong-su, who voice-acts all the parts and narrates initially seemed quite strange to me, particularly when he did the female parts. However, as the movie progressed, I got used to him, and the fact that he voices without any particular exaltation is definitely a tick in the pros column. I also have to note here that the movie is not a silent one, since sound and music are heard, something that made the experience of having a pyonsa even more surrealistic. 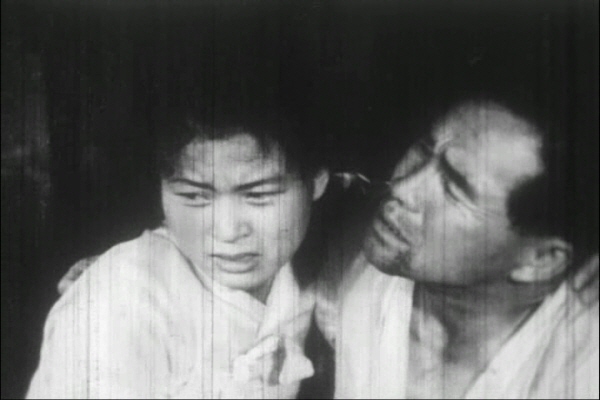 "The Night Before Independence Day" is not a good movie, despite some entertaining moments here and there, and its only value lies on the academic or collector's level. I feel however, that if one wanted to dwell on the concept of the byeonsa (or the benshi in Japanese film), this would be a great place to start due to the restrained tactics of Choi Yeong-su.