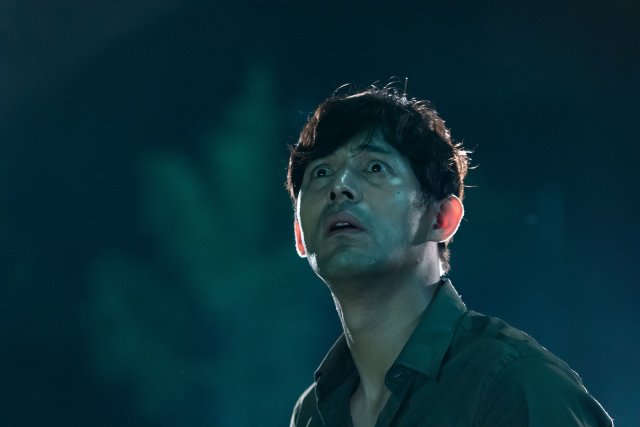 Whether that's actually what Yeon-woo is trying to film is unclear. A very late scene features Yeon-woo at a very upscale looking opening night for his movie, which in context appears to be going in a very metatextual direction. How metatextual, well, that's what ends up freaking Yeon-woo out a little bit. As his ability to distinguish dream from reality weakens, Yeon-woo starts to realize to his horror that he can't understand why anyone else does anything. Yeon-woo then uses this apparent illogic to conclude that he's dreaming. Except that maybe he isn't.

"The Nightmare" is quite a bit more layered than just being dreams or realities. Director Song Jeong-woo-I demonstrates superb understanding of film form here, deliberately editing in such a way as to create the implication that any given scene could also be a flashback, or just footage from the movie Yeon-woo is making, or even footage from a movie Yeon-woo is watching. There are other variations, but probably the most cryptic ones are the ones where Yeon-woo isn't actually present at all.

A lot of these moments center around Soo (played by Cha Ji-hun), a young woman who may or may not have a distinguishing snake tattoo that appears in one of Soo's dreamlike delusions. With her as well, we're given a great deal of conflicting relationship as to whether they were having sex before or after Ye-rim's death. Of course, by the time we get that far, it's also unclear whether Ye-rim is actually dead, or if Yeon-woo is even having sex with Soo at all.

We're given just enough information to guess that all of Yeon-woo's experiences are based on some sort of real-life event, but "The Nightmare" takes on such terrifying proportions that it's impossible to guess how much reality has been warped. In one early scene I kept tensing up because I was convinced a car crash was imminent though it never happened. Later on it's implied that maybe there was a car crash. Everything in the movie's such a jumble there's no way to say for sure.

Going by how I describe it you might think that "The Nightmare" is just going to jerk you around and never give a clear explanation for anything. That would be a fair critique, but in spite of that I really enjoyed this movie. It perfectly communicates horrifying dream logic where you're less scared of external forces and more frightened of not understanding yourself, or who you are, or where you are, or how you got there.