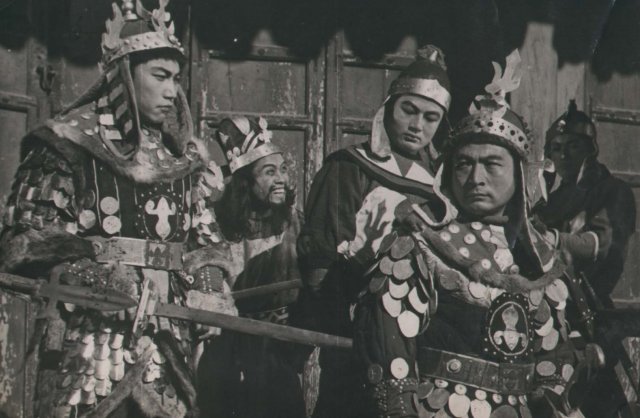 The overwhelming majority of costume dramas in the Korean movie industry take place in the Joseon era. Thus, watching one that unfolds during the Mahan Age (1st century BC to 5th century AD) seemed a rather interesting opportunity.

Crown Prince Bo-hae is reluctant to go meet the two candidates for Crown Princess, the daughters of Lord Jin-Pyeong and of Lord Hwa Pi-dal, both because he considers it a bothersome task but also because he has fallen in love with an unknown woman he has met by chance a bit before. However, not being able to go against the King's wishes, he goes to the place where the meeting is to commence, where, to his rather pleasant surprise, finds out that Jin-Pyeong's daughter, Guseulagi, is actually the woman he has met before. However, Hwa Pi-dal, who wants to eventually seize the throne by marrying his daughter, Hwaseonagi, to the prince, is not eager to let the young man's decision go unpunished. At the same time, Hwaseonagi conspires with a lady in waiting, Beodeul, to poison the food of Guseulagi, exploiting the woman's love for general Myeong-ryoon, who is to be married with Hwaseonagi if the Crown Prince's wedding with Guseulagi moves forward. Through the intervention of a servant, Ba Doo-da, however, their plan fails.

Soon after though, Hwa Pi-dal, with the help of general Gae-ryong, accuses Lord Jin-pyeong for being a traitor and puts him in jail. Guseulagi runs away, disguising herself as a man. While crossing a pass, she runs into Haemosu, whose father has died due to more trickery from Hwa Pi-dal, turning him into a bandit. With his help and of a giant man, Guseulagi decides to save her father and her marriage, while Hwa Pi-dal openly moves against the King. 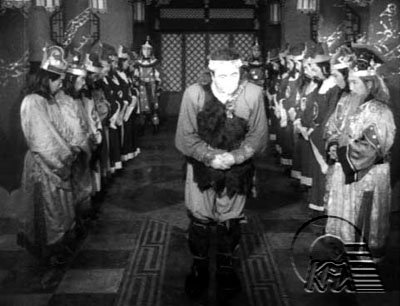 Chung Chang-hwa directs a film whose title suits it perfectly. The ambitions are running amok in the court and the webs of treacheries, conspiracies, false accusations and murder dominate the setting, in a narrative that is quite intrigued if a bit complicated at times. In that setting, the presentation of most of the protagonists highlights their character quite thoroughly, with the dichotomy between the good and the evil being quite clear. In that regard however, it comes as a surprise that the Crown Prince is set on a background role, with the two candidates, Guseulagi and Hwaseonagi having more central roles, and Kim Mi-seon and Go Hyang-mi giving great performances respectively, and the first even having a rather active role in the many action scenes.

This last arc, especially after Guseulagi escapes, is one of the best parts of the movie, with the plethora of action providing a well-needed relief from the machinations of the palace, while adding to the entertainment the movie offers. At the same time though, a number of them are of lower quality, particularly when compared with the ones of the war films of the era, as in the case of "Beat Back". Granted, the costumes make the action a bit more difficult to implement, but the way Chung Chang-hwa has used jump cuts to show the deaths looks almost amateurish. On the other hand, the character and the way they conduct themselves is quite good, while the many one-on-ones in the end and the presence of the giant (Lee Soon-geun) compensate significantly.

In general, if one ignores the aforementioned problem, the cinematography of Bea Sung-hak is exceptional, with the way he frames the action in particular being top-notch. At the same time, and with the help of Lee Gyu-hwang's art direction, the scenes inside the palace look equally impressive, even if the costumes occasionally seem somewhat "cheap". Chung's own editing induces the film with a very fitting fast pace, which becomes even faster during the action scenes. 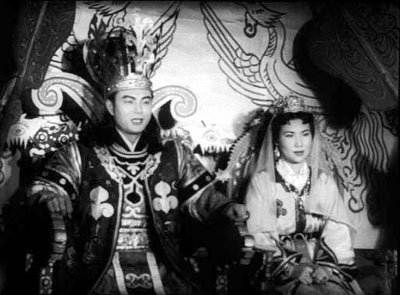 The acting is a bit uneven, particularly since the extreme theatricality that characterized the costume dramas of the decade seems to be somewhat excessive here. This aspect is most evident in the villains, with Kim Seung-ho-I as Hwa Pi-dal and Choi Sung-ho-II as Gae-ryong highlighting their villainy through hyperbolic, sardonic laughter, which borders on the ridiculous, especially since Chung has them using it almost every time they appear on screen. On the other hand, and if one manages to ignore the aforementioned, the two of them portray their evilness quite eloquently.

"The Palace of Ambition" seems to suffer from a lack of budget and too much theatricality, but in the end emerges as an easy-to-watch spectacle, particularly due to its script and action scenes, in a story that could find an audience even among current viewers.