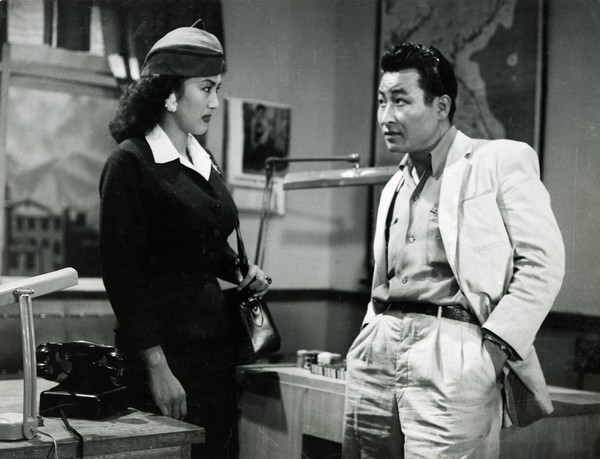 Director Han Hyeong-mo was considered to be at the vanguard of 1950s Korean popular cinema, and "The Pure Love", based on the homonymous best seller by Park Gye-ju, which was reprinted more than 30 times, cemented the fact, by becoming one of three South Korean films to sell more than 100,000 tickets in Seoul during its year of release. However, there is such a thing as "too mainstream" and the film definitely moves over that border.

Choi Moon-seon is a painter who lives alone near the beach, where he also works. One day, he rescues In-soon from drowning, a gorgeous 23-year-old air stewardess for Seoul, who quickly falls in love with him. However, Moon-seon does not share her feelings, instead being in love with Yun Myeong-hee, a girl who was his neighbor 15 years ago, and who (what a coincidence) resurfaces right at that time. Furthermore, Myeong-hee asks Moon-seon to help her brother by illustrating a magazine he just started in Seoul, with him eventually agreeing to move and work there. Meanwhile, In-soon, sees his moving as an opportunity to further flirt with him, and loses no time as soon he starts working. Moon-seon continues to turn her down though, but things become even more complicated through the presence of Hwang In-soo, his co-worker and a man who continuously clashes with him, particularly since he likes In-soon, who lives in the same neighborhood as him, but she repeatedly turns him down. Furthermore, he seems to have no regard for his bedridden wife, essentially emerging as the villain of the story. On a fateful night, a crime is committed and Moon-seon finds himself in prison. 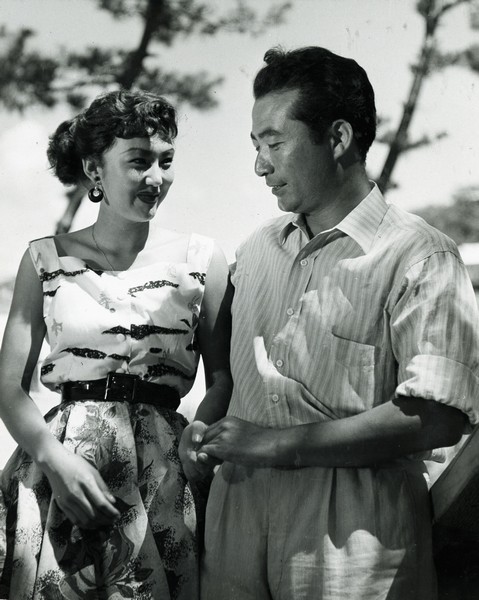 Han Hyeong-mo directs a film whose mainstream aesthetics permeate every aspect of both narrative and production values. The many and unlikely coincidences and occurrences, the crime and the way the story unfolds after that, the way Christianity is presented in the movie (particularly the repeated "Silent Night" hymns) all point towards a distinctively Hollywood-influenced film. Furthermore, the way the camera focuses on the undeniably beauty of Kim Ui-hyang who plays In-soon wearing either bathing suits or rather tight dresses also moves towards the same direction, as do the many different locations that appear in the film. Lastly, the all-time Korean favorite melodrama is here once more, with the final part of the movie moving distinctly towards this direction.

On the other hand, technically, the movie is on a very high level, highlighting its obvious big budget. The way DP Lee Seong-hwi has captured the many different locations, from the summer setting on the beach, to the many locations in the city, including the prison and particularly the court, is excellent, with his framing being one of the best assets of the production. Han Hyeong-mo's editing is also quite good, with his frequent cuts retaining a rather fast pace that adds to the entertainment of the film. Kim Dong-jin's music, although occasionally too frequent, again in mainstream fashion, suits the general aesthetics to perfection. 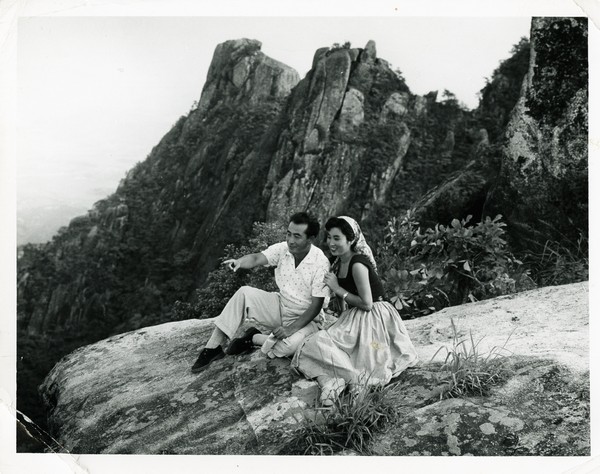 The same applies to the acting, maybe with the exception of the melodramatic last part. Seong So-min is great in the protagonist role of a man who loves one woman but does not want to disappoint the other who also loves him. His clashes with In-soon are also exceptional, additionally highlighting Choi Bong's performance. Kim Ui-hyang is great as a woman who cannot fathom how a beauty like her can be turned down, while Lee Bin-hwa is quite convincing as the "everyday girl" Myeong-hee.

"The Pure Love" may be too mainstream on occasion, but is very well shot and quite entertaining, thus leaving a rather good impression at the end.