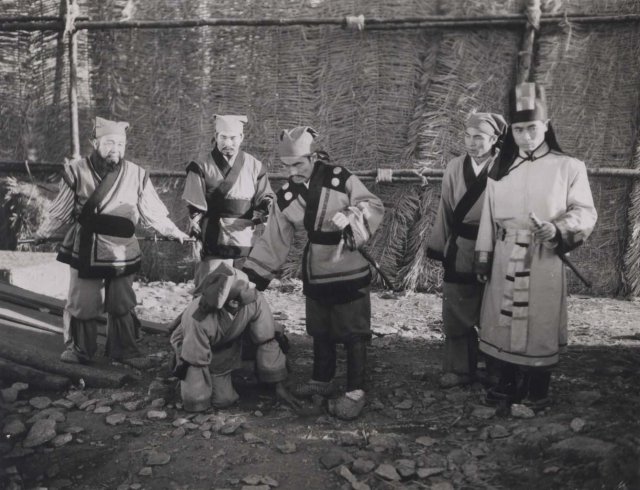 The Shadowless Pagoda (Sakyamuni Yeoraesangjuseolbeop Tap) is a stone pagoda in South Korea designated as the 21st National Treasure on December 12, 1962. It was built by Asadal, an outstanding stonemason of Baekje who was brought to Silla to build Dabotap (also known as Pagoda of Many Treasures) and Seokgatap (the titular one). According to a myth that might as well be true, after several years with no news of her husband, Asadal's young wife went to Seorabeol to find him. However, she was prevented from entering Bulguksa Temple due to the rule that women were not allowed inside until the pagodas were finished. Feeling sorry for the woman wandering the temple surroundings, one monk told Asadal's wife that she would be able to see the pagoda's shadow in the pond once it was completed. However, there was no shadow visible on the pond's surface. Upon hearing rumors that Asadal intended to marry a Silla princess, his wife threw herself into the pond and drowned. By the time Asadal reached the pond after completing the pagoda, his wife was already dead. In tears, Asadal engraved an image of his wife onto a rock before returning home to Baekje. Afterward, Seokgatap was named the "Shadowless Pagoda" because its shadow was not visible on the pond, while the pond in which Asadal's wife drowned herself was named "Shadow Pond.

The script is based on Hyeon Jin-geon's novel which is based on the aforementioned story, but also includes a number of other elements, which director Shin Sang-ok brought to the fore. On the eighth of April of King Gyeong-deok's 10th year of reign of the Unified Silla Period, Guseulagi, a daughter of Yu Jong, joins the king's parade to Bulguksa Temple, where she meets stonemason Asadal. Having a crush on him, as much as the other women that have laid eyes upon him, she visits Sakyamuni Pagoda, where he works, only to find him broken down from exhaustion. While she takes care of him, her love for him grows. However, Asadal misses his wife who is waiting for him in Buyeo.

Meanwhile, Geum Seong, son of Chief Geum Ji, has a crash on Guseulagi, and asks his father to propose to her father on behalf of him. However, Yu Jong considers Geum Ji treacherous and despicable, and turns down the proposal in the harshest way, instead hurrying up his daughter's marriage with Gyeongsin, a faithful subject. 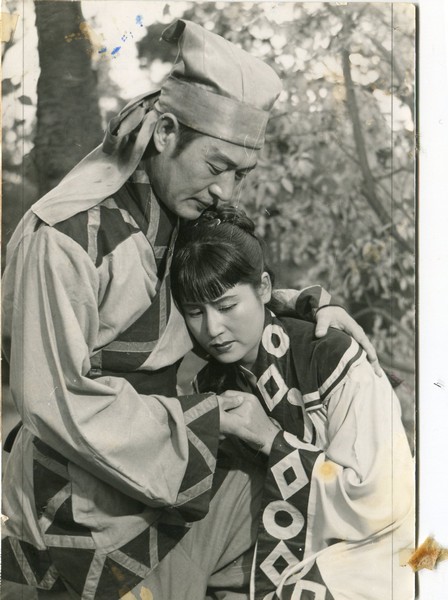 In the meantime, Asanyeo, Asadal's wife, tired of waiting for he husband, travels to Bulguksa temple where, however, is turned down from entering, by the terrifying monk that functions as gatekeeper, because he thinks she will distract Asanyeo. Instead, he tells her to wait for her husband at a pond where the shadow of the pagoda is reflected on a clear day, until the pagoda is completed.

Shin Sang-ok creates a labyrinthal narrative that includes machinations, treacheries, revenge, unrequited love, some splashes of action and the inevitable melodrama which mostly revolves around the female characters. It is this aspect however, where the most significant comments about the era derive, with the sad fate all women, despite their social position, have to face, with both Guseualagi and Asanyeo's path being a tragic one, just for being in love with a man, and essentially, tools of revenge in feuds between men.

At the same time, and as the tragedy extends to Asadal, Shin Sang-ok highlights the fact that the people that were not born in nobility were essentially slaves, even in the case of such a skillful and renowned artist as Asadal. That his misery comes during the construction of an object of religious significance, inside a temple, could also be perceived as a critique on the ways of organized religion, which, at the time, went hand in hand with aristocracy. The persona of the gatekeeper monk seems to be the embodiment of this comment, in one of the most impressive parts in the movie.

The acting in the film follows the "rules" of the era, with all of the actors delivering their lines through intense theatricality. However, both Choi Eun-hee as Guseulagi and Han Eun-jin as Asanyeo present their characters with artfulness, with their melodramatic path towards their awful fate being among the best parts of the narrative. Gwak Geon as Asadal is also convincing, although he mostly shines during the finale.

The costume drama aesthetics are presented with realism and artistry through Choi Gyeong-ok and Seo Yeon-hwi, who, additionally, give a rather poetic hypostasis to both the lake and the pagoda of the story. Kim Young-hee-I's editing retains a relative fast pace, that allows the numerous episodes that comprise the narrative to be depicted clearly, with the film justifying the 119 minutes of its duration fully.

Despite its intensely melodramatic premises, "The Shadowless Pagoda" emerges as a very interesting and entertaining movie, which boast its great production as much as the work done in all the aspects of its narrative.