[HanCinema's Film Review] "The Sound of a Flower" 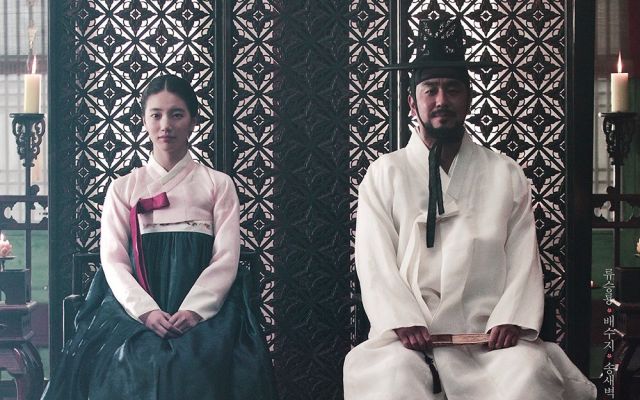 The time is the mid-nineteenth century. Chae-seon (played by Suzy) has been brought up in a gisaeng house since she was a child, following a desperate plea by her dying mother to try and provide Chae-seon with some kind of future. Chae-seon has been no stranger to grief in her life. And from this, she takes a strong interest in pansori, a traditional form of guttural singing. For Chae-seon, pansori is the salve that eases the burden of living, and she wants to share in that. Even if it's an art reserved only for men.

"The Sound of a Flower" is a celebration of art- but significantly, it is not a celebration of art for art's sake. The educated class finds Chae-seon's desire to sing pansori to be offensive less because they hate women but somewhat bizarrely because they think it is beneath the dignity of a woman to entertain the common people in such a fashion. Note how it's Chae-seon's teacher Jae-hyo (played by Ryu Seung-ryong) who is at risk if Chae-seon's gender is exposed rather than Chae-seon herself.

But let's ignore that angle for a moment. How is "The Sound of a Flower" as far as spectacle goes? Pretty great actually. The cinematography is absolutely gorgeous, and the pansori singing is quite immersive. What really makes "The Sound of a Flower" work as film is the way these two factors are intertwined. Jae-hyo takes his students out to nature because it is in the natural movement and rhythms of nature that pansori assumes it's greatest form.

Alone the visuals and presentation are excellent. You can close your eyes or plug your ears and still get a taste of beauty. What director Lee Jong-pil really appreciates, though, is that it's the combination of all these elements that create pansori's emotional power. When Chae-seon goes into pansori mode, she is escaping the pain of the world and assuming her proper role in a story of classical epic proportions.

Chae-seon loves pansori because she loves life, and wants to offer the comfort of pansori to others like it was offered to her as a young child. In Chae-seon's darkest hour, pansori gave her a reason to live. The fact that the adult Chae-seon had to challenge the established gender-segregated system in order to fulfill this dream is, for Chae-seon, besides the point. Chae-seon and Jae-hyo didn't want to change the world. They just wanted to sing.

I was quite impressed with "The Sound of a Flower" because this is a movie that has the confidence to just let the pansori speak for itself. There's no anachronistic messages about artistic oppression and gender inequality because these are not social discussion points that the real-life Chae-seon and Jae-hyo would have considered relevant. In this way "The Sound of a Flower" is a love letter to music, in every form, however base, and its power to offer comfort, love, and companionship to those who need it the most. And really, doesn't it matter more that art can do that, rather than adhere to arbitrary rules?

"[HanCinema's Film Review] "The Sound of a Flower""
by HanCinema is licensed under a Creative Commons Attribution-Share Alike 3.0 Unported License.