[HanCinema's Film Review] "Things That Do Us Part" 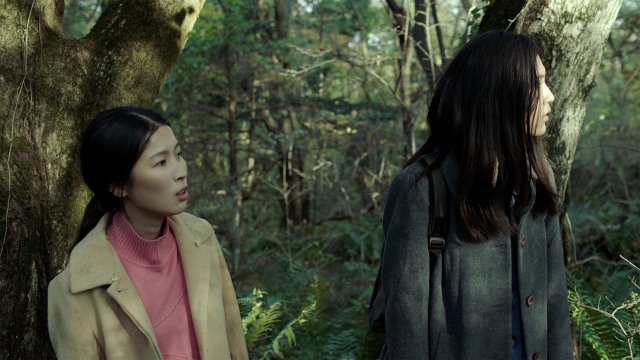 The original "Things That Do Us Part" exhibition ran at the National Museum of Modern and Contemporary Art in Seoul from November of 2017 to April of 2018. The MMCA logo at the start of this documentary should have been, in retrospect, an obvious harbinger of what was to come. Though "Things That Do Us Part" is ostensibly a documentary about three Korean independence fighters from three different conflicts, the film's construction is artistic rather than historical.

This quickly renders actually watching the movie awkward, as none of the three women are particularly well-known. Most of what director Lim Heung-soon tells us about them in terms of discrete information is just delivered via subtitles that go by so fast you may not have time to read them. Most of the documentary's actual screentime is dominated by contextless interviews, random landscapes, and reenactments. By the end there are also interviews with the actresses in the reenactment scenes.

None of this is particularly helpful when it comes to explaining who these women were or even what the conflicts they were fighting in were about. But what little information we do get in that regard is a tad unsourced. Over multiple interviews we see people suggest that the Jeju Uprising really was directed by North Korean communists. I was not expecting far right-wing talking points in an ostensibly non-political documentary. Still, if I have to listen to them it would have been nice to have had more solid sources than anecdotes and conjecture.

What renders these creative decisions particularly absurd is that at one point we visit a Korean artist living in New York who complains about how Americans don't know anything about Korean history. Given that "Things That Do Us Part" was ostensibly created for an ignorant international audience it's baffling how much basic knowledge director Lim Heung-soon is expecting us to have about these conflicts. At one point an extremely casual reference is made to alleged American chemical weapon attacks.

I spent nearly every given scene of "Things That Do Us Part" struggling to so much as figure out the movie's framing. Why do so many of these interviews take place in Japan, with Japanese people? Well, because many Korean communists, both actual ones as well as those who were just accused of being so for reasons of political expedience, were exiled to Japan. How and why this happened would no doubt makes for an extremely interesting subject for a historical documentary. Unfortunately director Lim Heung-soon is not particularly interested in these details.

"Things That Do Us Part" is an imminently frustrating movie. While important, critical aspects of the historical record are present in nearly every single scene, director Lim Heung-soon is so focused on his generally incomprehensible artistic statement that he never stops to actually contextualize them. At best you can maybe get an idea from this movie of how unpleasant it was to be in a war zone. Although even then the false balance in terms of who was suffering and why left me feeling fairly disgusted.

"[HanCinema's Film Review] "Things That Do Us Part""
by HanCinema is licensed under a Creative Commons Attribution-Share Alike 3.0 Unported License.