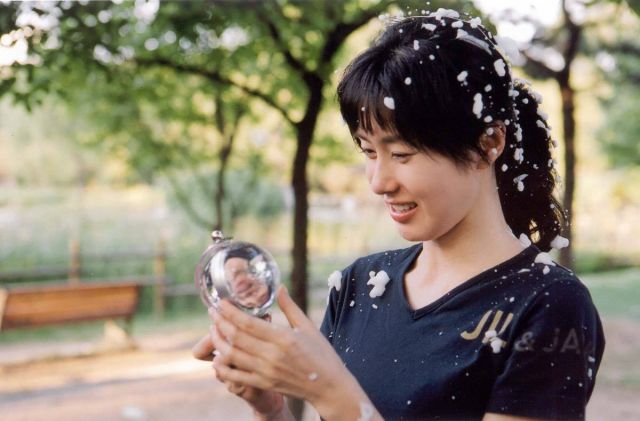 Winner of a number of awards, particularly for Lee Yoon-ki and the protagonist, Kim Ji-soo, "This Charming Girl" was an impressive debut for a director who still holds the interest of the public, with films like his latest, "One Day".

The film focuses almost exclusively on 20-something Jeong-hye, an ordinary woman who just seems to keep the same routine every day, including her attitude on the local post office where she works. She is beautiful, well-liked by her colleagues, but very detached, and her monotonous life is actually dominated by loneliness. Somewhat of a highlight in her life comes when she adopts a wounded kitten, in the beginning of a series of events that, finally, let her move on with her life, and even pursue a man she likes, a regular in the post office.

Lee Yoon-ki directs a slow-burning, very subtle, but also quite thorough portrait of a woman, whose past has left her traumatized, unbeknownst to others, and to a point, even to her. The presentation of this past is revealed through flashbacks mostly, again in very subtle fashion, of memories of her now deceased mother, and in some scenes in the present, as in a discussion between two relatives, and the meeting with a man who is revealed as her ex-fiancee, whom she abandoned just before the wedding.

Through her story, Lee Yoon-ki presents the concept of loneliness in people, but even more, a form of depression rarely depicted on cinema, one that allows a person to function as being completely normal, while their psychological status is quite well hidden. This depression is revealed by the small details, as, for example, through Jeong-hye's attitude towards others, which is typical but in no way engaging. 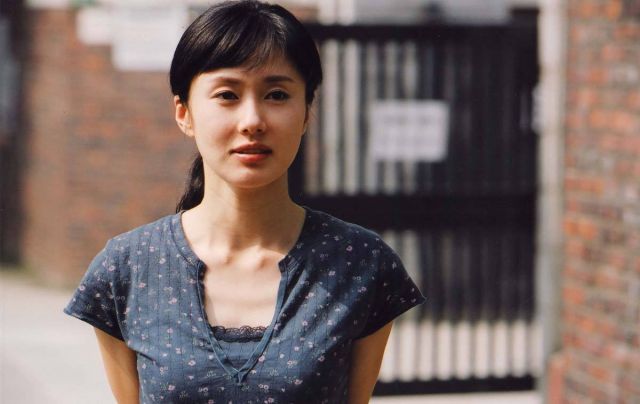 Another comment, equally pessimistic but also realistic, refers to the fact that people rarely care enough to take a good look to the others around them, including their friends, with the majority of relationships of the film presented as something completely typical, without any real "substance". Subsequently, Lee seems to suggest that no one will help a person such as Jeong-hye, and that in order for such an individual to overcome his/hers issues, one has to give a personal effort.

On the other hand, and in a more optimistic note, Lee suggests that even the slightest event can make a change (a hurt cat in this case) and that if one actually tries, one will probably succeed, despite the obstacles that may appear in this path. Hwang Jung-min, as the regular in the post office embodies this last aspect in very fitting fashion, with his presence providing an easy-going element that benefits the monotonous aesthetics of the film to a large degree. 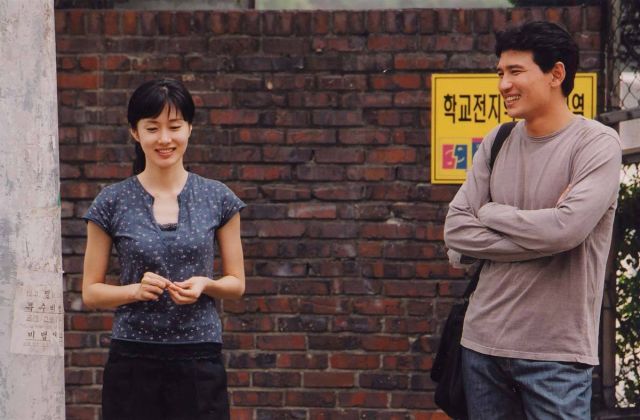 Kim Ji-soo as Jeong-hye is exceptional, embodying the subtle, dramatic style of the movie to the fullest, as she manages to portray, with artistry and accuracy, a woman who suffers on the inside but manages to hide it quite well on the outside. Lee Yoon-ki bases the film almost exclusively upon her, and she delivers in great fashion.

Choi Jin-woong's cinematography focuses on portraying Jeong-hye in the various aspects of her life with as much realism as possible, and in that fashion, he succeeds to the fullest, without any visual highlights, in distinct, art-house fashion. Hahm Sung-won and Kim Hyeong-joo's editing follows in the same footsteps, with them implementing the slow-burning nature of the film quite nicely, while the various flashbacks are well-presented.

As a portrait of things hidden underneath conventionality, "This Charming Girl" is utterly successful, with Lee Yoon-ki presenting film that benefits the most by Kim Ji-soo's presence, and a lesson in restraint that ends up in an utterly realistic spectacle.

"This Charming Girl" is directed by Lee Yoon-ki, and features Kim Ji-soo and Hwang Jung-min.