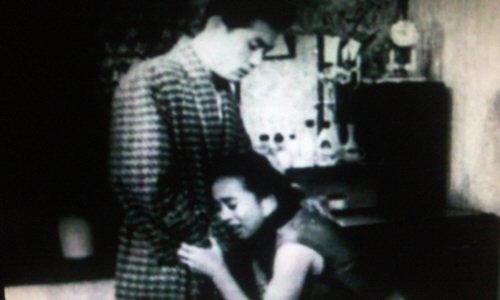 Shin Sang-ok's movies seemed to have taken the concept of melodramatic cheesiness to its extreme, but Park Jong-ho's "Three O'clock P.M. in a Rainy Day" definitely moves a step further, with the film adding elements of (American TV) soap opera in the mix, in an effort though, that much like Shin's works, ends up as rather entertaining.

The film begins with Soo-mi, a young woman, facing despair due to the continuous unfortunate events life has brought her. Being an orphan, she was lucky enough to meet her fiancé, In-gyoo and was about to marry into his family. The war, however, took him away from her, while, as the movie begins, she learns that he is declared MIA. Soo-mi now lives in the small apartment of a friend who works as a hostess, and is experiencing intense depression due to her fate. However, on a night out, she meets Korean-American Henry Jang, a war correspondent (as his military car so eloquently displays) and the two of them hit it off immediately. Henry is smitten by her, and soon proposes for marriage, while he also promises to take her to the US with him, as his work will bring him there next. In-gyoo accepts, and leaves her friend's apartment, leaving her in despair this time, but, alas, her happiness is not to last for long. Just before the marriage, In-gyoo returns, causing her to leave Henry on their wedding day, and return to her fiance's house, with his family. In-gyoo, however, is a changed man, and life with him is not as easy as it used to be, even more so, since his parents insist on them being married. 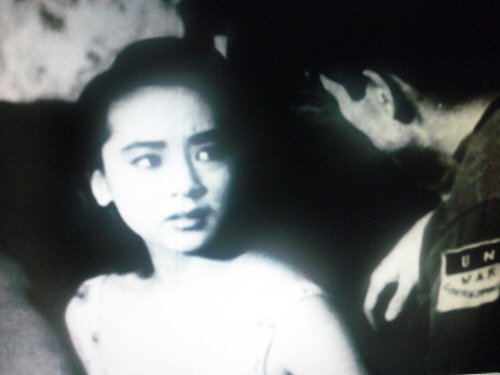 In the meanwhile, a shattered In-guoo meets a young girl who seems to like him particularly, In-sook. Alas, the girl is Soo-mi's sister, and in a fateful dinner in In-gyoo's house, the former couple meets once again, in a series of events that end up with Soo-mi explaining to a shattered In-gyoo what had happened while she considered him dead. As the triangle is formed, Soo-mi has to make a choice, but fate hits her once more.

Evidently, the combination of melodrama and soap opera elements and aesthetics is as intense as it could be, with the coincidences that take place in the lives of the three protagonists, all of which essentially worsen their fate, being as unlikely and unrealistic as possible. At the same time, however, the way the story unfolds is quite entertaining, if somewhat funny when looked from today's perspective, with the good times the couples occasionally have, being excellently shot and implemented, and the drama working quite well in its combination with the overall aesthetics.

Furthermore, this approach allows Park Jong-ho to make a number of social comments that extend on a number of levels. The most obvious one revolves around Soo-mi's fate, with the way her life unfolds and particularly ends, highlighting the blights women could (should?) face when they do not remain faithful to their men (since In-gyoo was not even a husband), even after they are dead. That she has much fun with Henry, in this case, also adds to her "divine punishment" and even more, to the torture the men who surround her experience, as they are presented completely void of guilt for what is happening. This last aspect can also be considered as an accusation towards the turn to the West, as mirrored in the character of Henry. 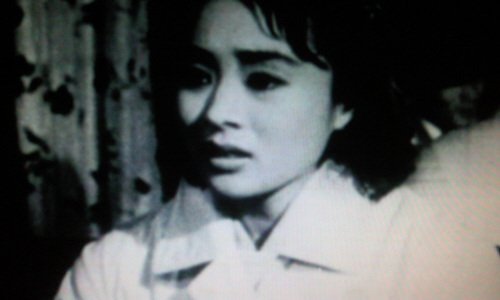 This brings us to the next comment, that of the intense westernization the Korean society experienced in the 50's, as we watch Soo-mi and Henry wearing western attires (the former's duster is impressive) attending bars and nightclubs, dancing to mambo and listening to blues, and drinking cocktails. The fact that one the first phrases she utters to Henry is "help me get drunk" shows the change of mentality women experienced during the time, even if what happens later to Soo-mi is presented as deriving from such behaviour.

Lastly, in one of the most intense scenes in the movie, when In-gyoo and Henry go face to face, a comment about the war is also presented, as the two men avoid fighting, since they were "both comrades in the fight against the communists". The rather civilized way this discussion goes also highlights both men as persons of virtue, essentially blaming Soo-mi even more for what is happening to them. Lee Min as the cheerful, modern Henry Jang and Choi Moo-ryong as the moody and broken In-gyoo find the apogee of their rather nuanced and antithetical performances in this scene.

Talking about acting, Kim Ji-mee is impressive as Soo-mi, particularly in the way she changes from despaired to happy a number of times during the film, with the same eloquence, while remaining convincing for the whole of a rather difficult role. As was the usual the case in the movies of the era and particularly the genre, the theatricality in the acting is quite intense, but in this case, fits the aesthetics of the movie perfectly.

The movie was a big production, and this is mirrored particularly in the plethora of different of settings, which include everything from rich to poor houses, from nightclubs to war zones. Shim Wu-seob's cinematography captures all with distinct artistry, which is quite evident even if the quality of the film is not the best. Gang Seong-hui's editing implements a relatively fast pace, that allows for the many episodes to unfold in the best way, although the transitions in time in the story are occasionally confusing.

"Three O'clock P.M. in a Rainy Day" is definitely addressed to fans of soap operas, but remains a rather entertaining film, whose level of production, hyperbolic story and great acting result in an appealing, if quite cheesy, spectacle.