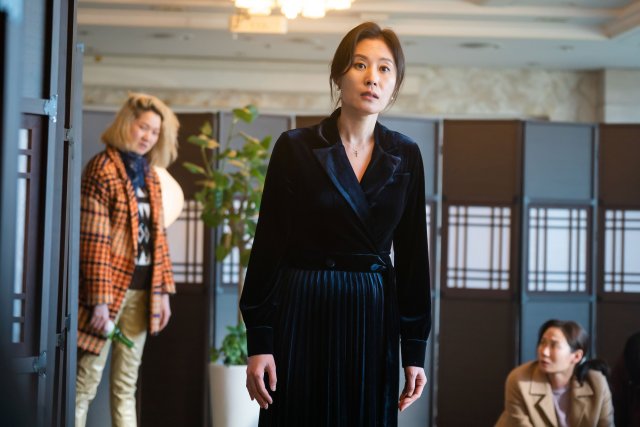 Combining comedy and drama has proven a task almost impossible a number of times in cinema, since the balance is very thin and needs a very steady directorial hand to handle it. Lee Seung-won-I, director of the rather extreme for an art-house film "Communication and Lies", tries his hand in this combination, in a film that has already garnered attention due to Moon So-ri's presence in the protagonist role.

The story revolves around three sisters, whose lives are in shambles, although for different reasons. Eldest sister Hee-sook is a rather timid, always apologizing woman, who is essentially bullied by her own daughter and her punk ways, while she has not even revealed to anyone that she is sick with cancer. Mi-yeon, while seemingly living the perfect family life as the devout wife of a handsome husband, mother of two children and maestro in the church's orchestra, she actually has a number of problems, including her kid's reluctance on Christianity and, eventually, finding out that her husband is having an affair with a young girl. Mi-ok, the youngest, is married with a man who is divorced and has a teenager son, who treats her like nuisance in his own right, since she is actually a hysteric, alcoholic bully who always embarrasses him when they find themselves together. When the whole family is called back to the family home, the root of their problems is revealed.

Lee Seung-won-I pens and directs a film that does two things really well. The first one is analyzing his protagonists, with each sister getting enough time on screen in order to present both their lives and their individual characters. The difference in personas creates a rather intriguing narrative, while each sister seems to mirror a certain kind of film type: Hee-sook drama, Mi-yeon the realistic social film, and Mi-ok the comedy. This aspect benefits the most by both the acting and the casting, with Kim Sun-young, Moon So-ri and Jang Yoon-ju respectively presenting their characters completely differently, but equally artfully and definitely fittingly in terms of appearance. Furthermore, the way Lee uses the children as the main source of a somewhat tragic, but definitely hilarious comedy, is rather impressive. 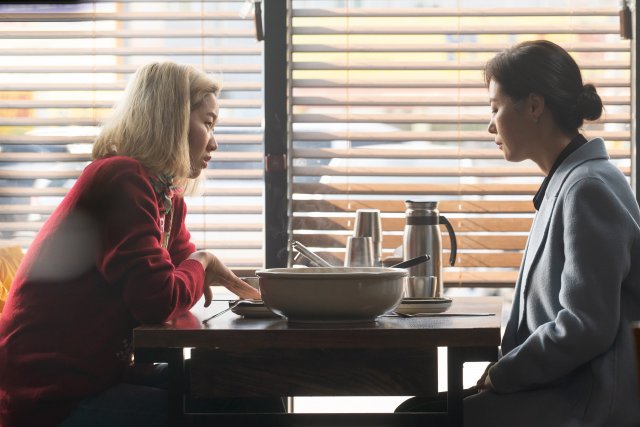 The second trait of the film is the revelation of their family tragedy, which is presented in a completely different style than the rest of the film, in black and white flashbacks, an approach that adds even more to the shock the unveiling produces. The tension and the eventual eruption that follows is also well presented, highlighting Lee's direction, although the performances in this part, with the constant yelling, seem to lose their sense of measure eventually, with the same applying to the father's reaction. Not to a point to ruin the intense effect this finale has, though.

Where the main issue of the film lies, is between these two parts, which eventually emerge as unequal if not disconnected, since Lee has taken too much time to present the individual characters, and too little to highlight the root to their problem, to the point that the transition seems too abrupt, as if from another film essentially, with the flashbacks intensifying this feeling even more. That the father is barely visible in the film also heightens this sense, even if the whole situation serves as the root of the sisters' behaviour adequately.

In that regard, the film would definitely benefit from some better editing by Son Yeon-ji in that regard, that would smooth this transition and also trim the duration of the parts before the finale. On the other hand, Jo Yeong-chuun's cinematography focuses on realism, with him doing a rather convincing job in presenting the plethora of setting the story takes place in, through a subtle, realistic and with no exaltations approach that suits the narrative perfectly. 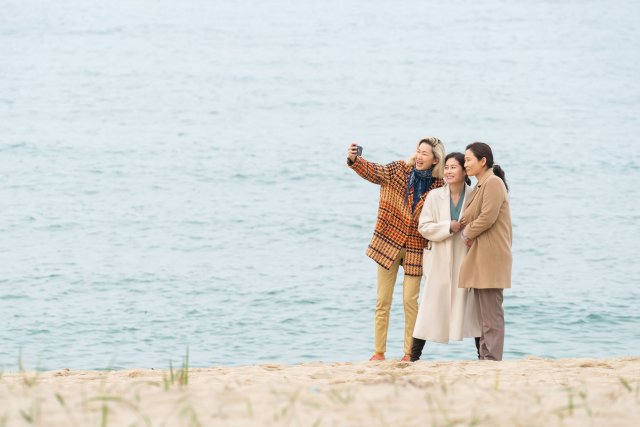 "Three Sisters" communicates its messages about the consequences of trauma convincingly, while not many faults can be found neither in direction and acting, nor to the production values. The only thing that actually prevents the film from becoming great is the aforementioned transition, which could have been handled much better. As a whole, however, definitely deserves a watch.