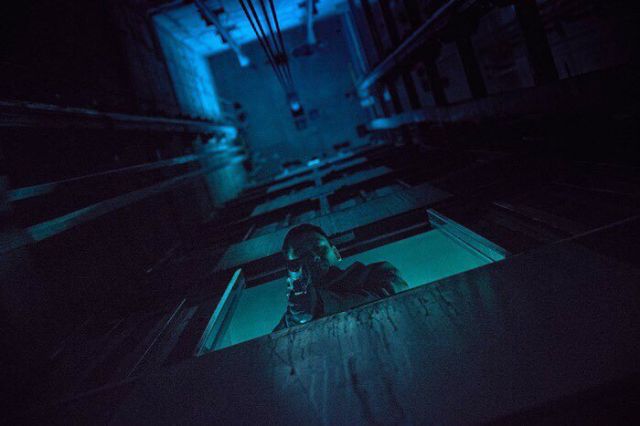 After much controversy regarding who should be paid for screening the film on Netflix, "Time to Hunt" finally started streaming this week, having already created a hype that made a number of Korean film fans quite anxious to watch it, including this reviewer. Let us see if it was worth it.

The story takes place in a dystopian South Korea, where the won has plummeted and the dollar has become the most sought-after currency. Workers are on a continuous strike demanding the government to take action but to no avail, and the city where the film takes place has become almost completely desolate. In this setting, Joon-seok is just been released from prison after an attempt at a robbery that ended up in complete failure since the stolen won were deemed worthless soon after. Finding his two best friends and partners in crime, Jang-ho and Ki-hoon, and having no alternative to survive, he convinces them to rob a gambling house that stores stacks of US dollars. In order to do so, they recruit Sang-soo, an old friend who works at the gambling house, and proceed on buying guns from an old cellmate of Joon-seok, Bong-sik. The quartet plans and executes the heist to perfection, but soon realize that the owners have sent a ruthless killer on their heels, Han, who seems more keen on hunting than actually catching them. An intense game of cat and mouse thus begins. 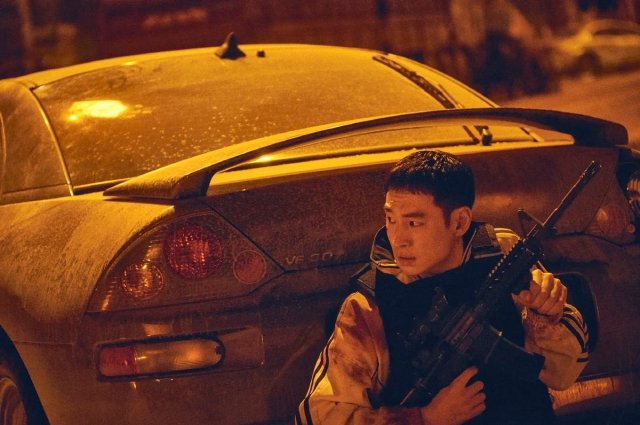 Yoon Sung-hyun had already proved his knack in directing stories about youths with "Bleak Night", but "Time to Hunt" is something completely different than a coming-of-age school drama, since, this time, he has managed to come up with a completely unique amalgam. In that regard, the main idea of the "invincible" hunter after the robbers is so generically 80s ("The Terminator" in terms of story and "Cobra" in terms of setting come immediately to mind) that the movie could easily be a low-budget cult flick. However, the impressive cinematography and coloring (the film is bathed in various intense hues of red and occasionally of blue) by Im Won-geun and the exceptional set designs of Kim Bo-mook induce the movie with a whole other level of quality, which lingers between the mainstream and the art-house, in essence resulting in a rather original outcome. Furthermore, the aforementioned combination results into a film that looks like something between "The Terminator" and "A Bittersweet Life", and is the element that allows the viewer to forget how generic the main story is.

What the film truly thrives in is its atmosphere. Despite the slow start and a number of scenes of calmness that are somewhat unnecessary, the tempo, courtesy of Yoon Sung-hyun and Wang Sung-ik's editing, is relentless for the most part, and the agony and angst soar for the majority of its duration. Evidently, some more trimming that would lessen its 134 minutes would be definitely desirable, but this is not a fault that ruins the entertainment the film offers.

The film is almost completely stripped of commentary, since the focus is on entertainment, but Yoon still manages to incorporate a few comments, which could also be perceived as elements of cynic humor. In that fashion, the fact that the only things that survive the financial disaster are guns (which are actually prohibited universally in S. Korea), gambling, dollars and police corruption is a comment as pointy as it is funny. 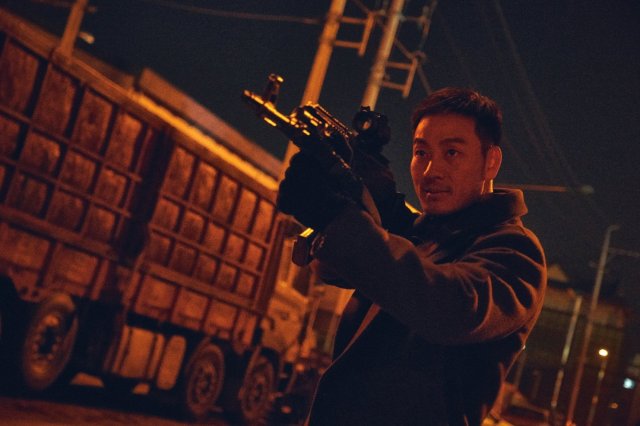 The acting, as is usual in this kind of movies is not exactly top-notch. However, Lee Je-hoon as Joon-seok is quite convincing in his repeated transformations from cocky to a nerve-wreck to a decisive, resolved young man while Park Hae-soo makes an exceptional, as-cool-as possible, silent villain in the role of Han.

"Time to Hunt" is by no means impressive, but the combination that forms its narrative definitely deems it intriguing.