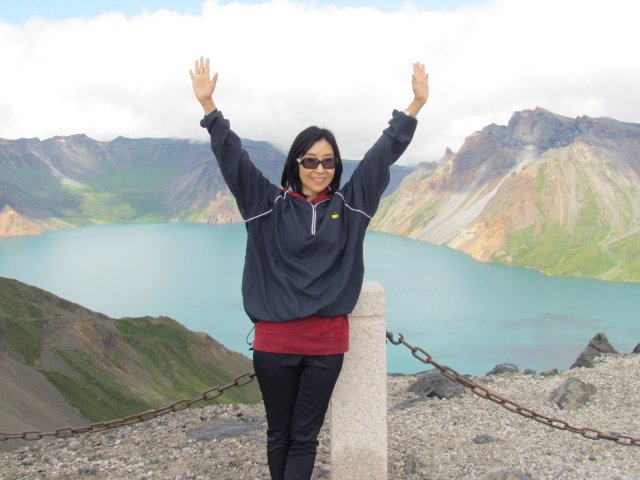 Eun-mi is an American citizen of Korean descent. In 2011 the then-fifty year old Eun-mi took advantage of her American nationality to take tours of North Korea, an action which at the time was banned for South Koreans, and wrote about her experiences for the South Korean press outlet OhMyNews. Her articles were later published into a book. Eun-mi would do book tours in South Korea to coincide with further visits to North Korea. As relations between the Koreas deteriorated during 2014 so too did Eun-mi's experiences take a turn for the strange.

The title of "To Kill Alice" is a reference to Eun-mi as a sort of Alice in Wonderland, wonderland being North Korea. The main concept behind Eun-mi's columns is that she's coming to North Korea from a perspective of thinking the country is a miserable totalitarian wasteland that sucks away all happiness from residents. Eun-mi believed this because it is the view of North Korea promoted unquestioned in most capitalist media.

Once Eun-mi actually arrives she plainly sees that this not the case and so, naturally, writes about how her perceptions have been changed by her experiences and by talking with actual North Koreans. This humanistic view of how North Korean people live their lives is not particularly controversial in South Korea now nor was it back in 2014. A brief clip of a TV Chosun variety show starring North Korean defectors shows one telling a story not particularly functionally different from the one Eun-mi tells at her book talks.

TV Chosun is actually one of the more right-wing networks in South Korea as well. Which, weirdly enough, does not stop them from conducting a bizarre smear campaign against Eun-mi when one of her book talks becomes victim to a terrorist attack. It gets stranger. The South Korean government, then under conservative control, shows little interest in right-wing terrorism as police ignore right wing protestors to instead conduct a sedition investigation against Eun-mi, who is banned from leaving the country on suspicion of being a hostile foreign agent.

"To Kill Alice" does not do much to contextualize these events. The documentary is from Eun-mi's perspective and she's simply bewildered by everything that happens. Still, the bizarre case is an unnerving example of suspiciously effective coordination between South Korean police, politicians, a major cable news channel, and right-wing protestors. None of these groups, for the first three years during which Eun-mi was writing about North Korea, took any interest in her work. Then the political climate shifts and all of a sudden all of these groups are taking a big interest in what she was doing at the exact same time.

Director Kim Sang-kyu takes a strictly depositional approach to the peculiar case of Eun-mi. He collects whatever random video footage was taken at the time relevant to these events, and edits it into a documentary telling the full story. "To Kill Alice" has no frills whatsoever, not even a narrator. The whole documentary is just a snapshot into what the South Korean political environment was like at the time.