[HanCinema's Film Review] "To My River" 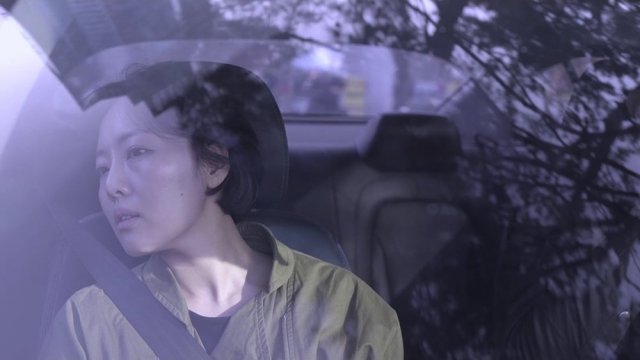 Jin-ah (played by Kang Jin-ah) is a poet. Her life is generally dull and academic, but peaceful. At least part of this is by design. It soon becomes clear that Jin-ah is in a state of suspended grief over an accident involving her long-term boyfriend Gil-woo (played by Kang Gil-woo) who is stuck in a coma following an accident that happened shortly after they had a big fight on the Han River. Incidentally, the Han River is where Jin-ah and her friends, in better days at least, spent most of their free time.

"To My River" functions in frequent flashbacks. Interestingly enough there's not actually that much tonal variance between the present day story and the lead up to the accident. Jin-ah was happier back when Gil-woo was still, like, hanging around and they could talk about the dumb things they read on their smart phones. But they're still generally solitary, introverted people who need a solid dose of liquor to start opening up about their feelings, for better or worse.

What makes "To My River" so brutal is that when those feelings come out, they're inevitably set behind a haze over brutal honesty. I got the feeling that writer/director Park Kun-young was blurring a lot of distinctions between fantasy and reality here. The names are one obvious giveaway. While the real-life Kang Gil-woo is obviously not in a coma, giving the characters the same names as the actors gives the feeling that they're playing themselves, as underpaid actors in creative fields.

An extended sequence featuring the real-life independent film director couple Jeon Go-woon and Lee Yo-sup especially emphasizes this. Their entire extended scene is just a really long how we met story that's so self-consciously petty it feels like these two really are talking about themselves. Or at least, they're method acting via feelings inspired when they think about whatever less than ideal circumstances they did meet in back in the real world.

Obviously leading up as it is to a reading of Jin-ah's titular poem, "To My River" feels like a glimpse inside her creative process. Her words at the end don't obviously match up to anything in the story we've seen so far, yet we can constantly see in Jin-ah's expressions the exact same feelings of uncomfortable ambiguity and nostalgia that are highlighted in the poetry. Even though "To My River" is largely a collection of positive thinking moments in lives with a dubious long-term future, it's always the layer of sadness brimming right under the surface that feels the strongest

More than anything else "To My River" is a movie about human relationships that isn't really about human relationships at all, at least not in big explosive moments. Jin-ah is who she is in every moment. The small moments are just as important as the big ones. That her last memory with Gil-woo was one of those big moments is, well, it's pretty traumatic actually. But that's really besides the point. Day by day, Jin-ah has to persist much the same way she did before- via moments of quiet expression.

"To My River" is directed by Park Kun-young, and features Kang Jin-ah, Kang Gil-woo, Han Gi-yoon and Lee Young-sook.

"[HanCinema's Film Review] "To My River""
by HanCinema is licensed under a Creative Commons Attribution-Share Alike 3.0 Unported License.