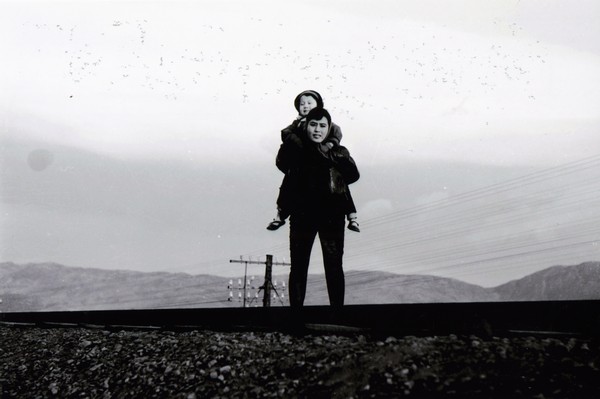 Winner of the Silver Bear Extraordinary Jury Prize at the 12th Berlin International Film Festival in 1960, "To the Last Day" is a rather melodramatic production, but also quite impressive cinematically and with a rather provocative (for the era) comment.

Captain Kim, who participated in the Korean War, suffers a very serious injury that leaves him paralyzed from the waist down, ending up in a hospital back home. His situation has him utterly aggravated, with him lashing constantly to every person willing to help him, but particularly his wife, Hye-kyeong, despite the fact that she has to sustain the whole family, including their two kids. Their situation becomes even worse when they are forced to abandon the area they live due to the war, with their path ending up with one of their two children dead. They manage to overcome their pain however, and eventually they found themselves in Daegu, Kim in the hospital and Hye-kyeong working as a street peddler, while her only daughter  being taken care of by two women who live in the same building, one of which makes a living prostituting for American soldiers.

Her stall is situated next to the one of Mr. Jo, a rather handsome young man who flirts openly with her, despite her frequently mentioning that she is married. The two eventually come closer, particularly when Hye-kyeong learns of Mr. Jo's own tragedy, but at one point, her husband finds out. His reaction is initially as angry as expected, but soon changes attitude, and she finds herself intensely conflicted. The family's tragedies, however, never cease. 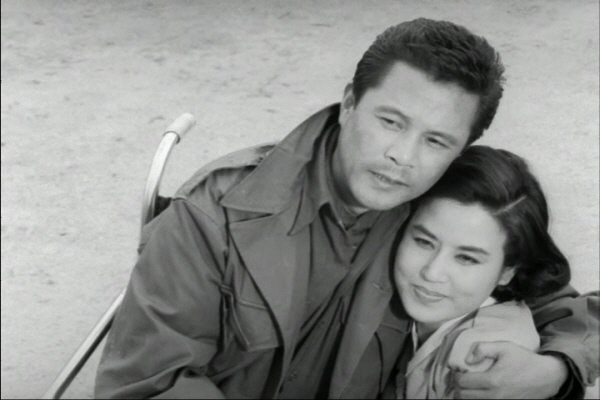 Shin Sang-ok directs a film that, quite surprisingly, presents the woman as the true hero and the man as a burden that actually adds to her heroism. As we watch her patiently suffering through his constant cursing and erratic behaviour, carrying a wagon with him on the way to Daegu, trying to earn money to sustain the whole family, and even more, him eventually begging her to stay with him, it is easily to understand who the hero is in this case. In contrast, Captain Kim is presented as weak, ungrateful, toxically masculine, and in general, a figure whose treatment of his wife cannot be justified at all due to his personal drama. Shin Sang-ok somewhat "absolves" him in the finale, but the essence remains until the end.

Furthermore, the couple seems to function as the personification of Korea, as a country that had to stand on its own two feet again and again after a number of war tragedies their inhabitants experienced, essentially against all odds. In that path, one could say that Mr. Jo functions as the personification of the "grooms" the two Koreas interacted with (USA and Russia in essence), although his personal tragedy somewhat blurs this concept.

Evidently, the narrative is filled with melodramatic moments mostly deriving from the numerous, unlikely tragic events the couple has to experience, but the aforementioned two comments elevate the film much above a simple tear-jerker. This aspect also owes much to the two protagonists, with Choi Eun-hee as Hye-kyeong and Kim Jin-kyu as Captain Kim giving great performances, communicating all the film's essence in the most artful fashion, while highlighting their chemistry at the same time.

At the same time, although bit more subtly, Shin makes a comment about the concept of after war prostitution and how private initiative and compassion are the factors that could help a shattered country get back on its feet, in a remark that borders on being propagandistically patriotic, but is well-implemented in the narrative. 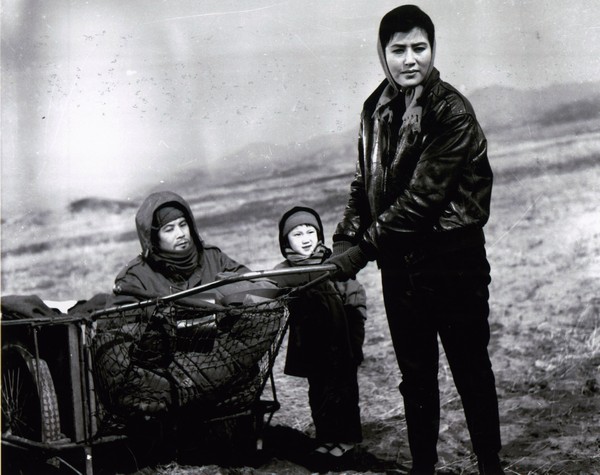 Technically, the film is also impressive, highlighting its big budget mostly through the number of different locations the story takes place in. In that regard, the presentation of the era, as implemented by Hong Seong-chil's art direction and Jeong Hae-jun cinematography is quite realistic, while the scenes in the family's escape induce the narrative with a sense of action that also works quite well for the movie. Kim Young-hee-I's editing implements a relatively fast pace that suits the overall aesthetics, while allowing Shin Sang-ok to present all his comments and the story without rushing but without delaying also.

"To the Last Day" is a great movie, deserving its award fully, both for its context and its visual presentation.