[HanCinema's Film Review] Too Hot for TV? "The Concubine" and the Masquerading Historical Drama 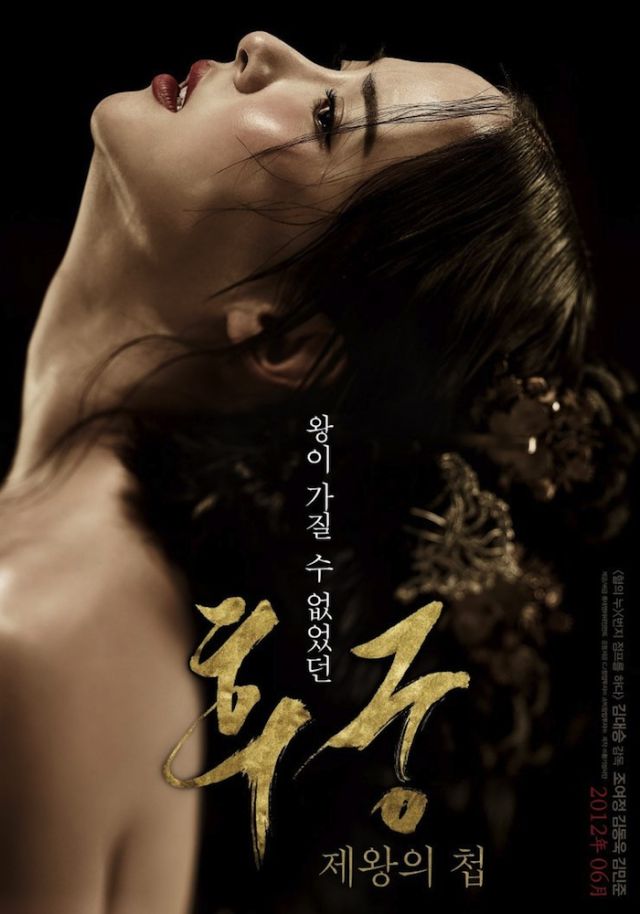 Also Try: "A Frozen Flower" and "The Servant"

There was a lot of buzz around Kim Dae-seung's "The Concubine" prior to its release, as it was revealed that actress Cho Yeo-jeong would once again slip her traditional garb and help steam the screen. Her provocative role as Choon-hyang in Kim Dae-woo's "The Servant" sparked huge interest in the actress at the time; rightfully so as her performance in Kim's contemporary take on the legend of Choon-hyang was, simply, intoxicating. The prospect of another dazzling and sexy performance was, indeed, something to get excited over.

"The Concubine" performed well as the box office, claiming close to 3 million admissions during its release in Korea. However most critics and fans still found themselves forced to comment on the 'sexiness' of the spectacle or, more specifically, how far the film pushes the glass ceiling of Korea's conservative socio-sexual views. Don't be confused though; this is a tale of love, sex, betrayal and desire, but those are just facets in complex and self-driven drama. A film that embellished its nubile promises over that of the it's stubborn grip on the traditional modes of Korean drama.

Unlike Kim Dae-woo's "The Servant", where the story was tight, concise, and was already tied to a strong-standing cultural myth, "The Concubine" paints with broad-brush strokes as the dramatic aspect of the piece weighs heavily on the aims of the director and his team of writers. Convolution is not the case here, but rather a failure to recognize the limits and constraints of the medium as it stand in contrast to that of serialised Korean dramas. A film it may very well be, but I suspect that its melodramatic narrative and 'close-quaters combat' aesthetic would have found a more appropriate dwelling in the realm of the episodic K-drama.

It seems to me that the best stories are always those that seem to depict the 'origin' of something or someone; those stories that lend themselves to be repeated, passed-on and re-told as the tales and their telling coexist through history. Kim Dae-seung's "The Concubine" attempts to be one of these stories as film's opening conflict and the film's final moments speak to a greater pattern for the struggle for power within Korea's socio-political history. Here the audience is lead to believe that the conflict that occurs within the film has happended once in the past and, will most likely, repeat itself in the future.

I much enjoyed this aspect of the film, but I was unaware of my appreciation until the final scene had come and gone. This is because, while the destination of any journey, film or otherwise, is marked strongly by its destination, "The Concubine" seemed content to weave scene after scene of micro-melodrama that blurred the film's final vista. Watching was at times a tiring ordeal; whereby these 'dramatic scenes' followed the discourse of a series drama, both in scope and their construction, and not that of a feature film that had an exciting destination to get to.

"The Concubine" was not a particularly complex film to follow, but what made it a challenge to really enjoy was the lack of dimension of its characters and their actions. Too many times I questioned exactly how much I cared for anyone of the faces I saw on-screen. The prince, the concubine, the King, the Queen and the Queen Mother, all were self-contained and unwilling to present a steady sympathetic light I could insert myself into. Perhaps that is what made the film's more erotic moments less affective, as well as deprived the film's darker moments of their shock and true sense of misery and suffering. Without being convinced on whom I should follow, support, or condemn, the film's passions and tragedies were marginalized, debunked, and rather implusive. Death, sex, and the rise and fall of power players lost all their potency and intrigue; as the film reduced itself to a series of saturated melodramatic scenes and inert sequences that struggled to answer my questions: How is "The Concubine" more than an extended historical drama? And why wasn't it.