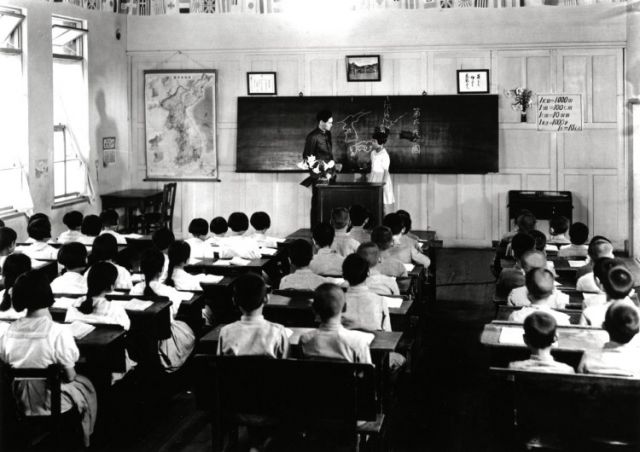 Discovered in 2013 in  the China Film Archive, "Tuition" is one of the earliest films to result from Korean-Japanese collaborations, efforts that functioned as the vehicle for the expansion of the market of Japanese films in the colonial areas (mainly Manchuria and Korea), particularly since the vacuum created by the colonial government's suppression of American and other foreign films in Korea before 1937, left increased opportunities for such endeavors. At the same time, these films were supported by the Japanese government's desire to amplify its propaganda efforts and imperial ambitions, even before the state controlled production system, which was introduced in Korea August 1, 1940, and forced Korean filmmakers to comply with new restrictive regulations. However, films like "Tuition", "Miles Away From Happiness", and "Military Train" are considered 'yellow' films by some Korean film historians, since they deliberately chose to eulogize Japan's colonial policies before such a stance became mandatory. (source: Korean Occupied Cinemas, 1893-1948).

The film was produced by Lee Chang-yong-III, a leading figure in the collaboration endeavours mentioned, and was directed by Choi In-gyu and Baek Un-haeng, who based the movie on Wu Su-yeong's story, a fourth-grade student in Gwang-ju, who received the Joseon Governor-General's Award for his memoir.

The protagonist of the story is Yeong-dal, a school boy whose parents sell brass spoons on the road. The boy loves attending school and is a good student, but his financial situation is dire, since his parents have been gone for too long, leaving his grandmother to take care of him with her meager income. Yeong-dal is behind in school's tuition, but things take an even worse turn when his grandmother becomes seriously ill from exhaustion and cannot work anymore. Eventually, the house owner threatens to evict them and Yeong-dal finds himself unable to attend school, despite the help of his teacher and a neighbor, since the money he is given to pay for his tuition end up in the owner's hands. At the same time, Yeong-dal finds support from a schoolmate, Jeong-hui, who actually starts as an "enemy", but even her support is not enough. Having no alternative, the boy decides to travel to another area on his own, in order to ask his aunt for help. 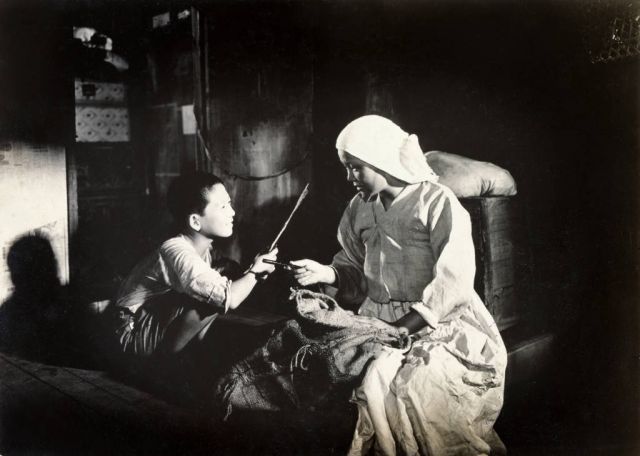 Choi In-gyu and Baek Un-haeng direct a low-budget film that moves mostly in melodramatic paths, along with the aforementioned subtle but eloquent propaganda elements and a small part that functions as a road trip, when Yeong-dal decides to visits his aunt. The house, particularly after the grandmother falls ill is the main source of the melodrama, as we watch a young boy who longs to see his parents and go to school not being able to do either, or to help the only relative he has left. The Korean (he could not be Japanese, we will go back to this point in a bit) house owner functions as the villain in that regard, as he not only threatens to kick out an old lady and small kid but also has no regrets in getting Yeong-dal's tuition money from him. On the opposite side is the Japanese teacher, who functions as a benevolent force both in his profession, genuinely caring for his students, and as an actual person, as we see him willing to help even outside his capacity. This contrast between the "evil"  Korean land owner and the benevolent Japanese teacher is one of the main sources of propaganda in the film. Furthemore, the directors also took care of portraying the school environment, which is run on Japanese values (and in the Japanese language) as a truly idyllic place, the only source of solace for the troubled young boy. Lastly, the fact that Yeong-dal sings Japanese military songs while on his trip cements this tactic

The presence of Kenji Susukida in the role of the teacher falls under the expansion efforts mentioned in the prologue, although I have to say that Susukida is quite convincing as a constant source of virtue. The one who steals the show however, is Cheong Chan-jo as Yeong-dal, who manages to portray a number of feelings and psychological statuses ranging from frustration and despair to longing and enthusiasm in the best fashion. Kim Jong-il-II as Jeong-he is also quite good in her part, functioning as a great "sidekick" of the protagonist. 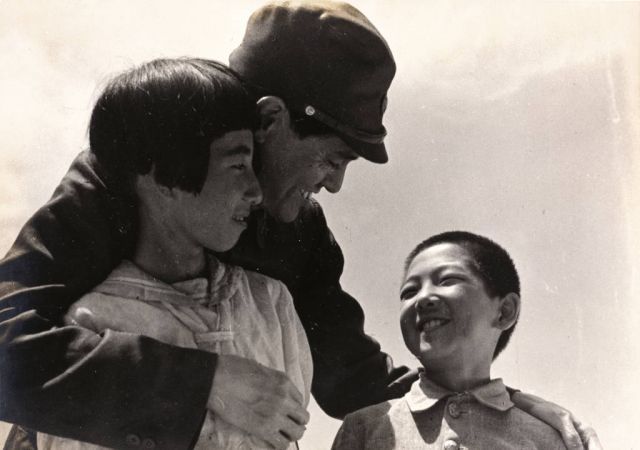 Lee Myeong-u's cinematography is simple but accomplished, both in the almost claustrophobic environment of the house and the joyful of the school, while his camera portrays the beauties of the area during the road trip quite artfully. The music by the Tokyo Philharmonic Orchestra moves in distinct Japanese paths, but suits the narrative quite nicely.

"Tuition" is an interesting film, for both its general premises and its narrative, and I feel is one of the easiest films of the decade to watch, considering, of course, the limitations of the era.