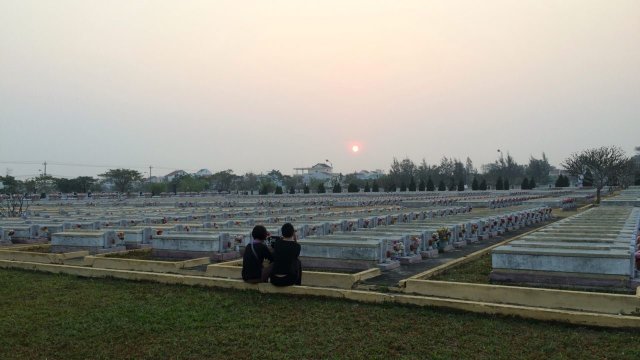 It's a little known fact that South Korea fought on the side of the United States in the Vietnam War. Actually, on a per-capita basis, they contributed even more to the war effort than the United States did. South Korean soldiers were cheaper than American ones, and dictator Park Chung-hee exploited this fact to secure critical development funds. "Untold" assumes that you're already familiar with this basic background as director Lee-kil Bo-ra begins "Untold" by showing the Vietnamese victims of South Korean war criminals still mourning their fallen family members.

The political undertones of "Untold" are stark and foreboding, particularly in the relative optimism of the current South Korean political environment. Part of this is just because "Untold" is a project a long time in the making. Much of the footage actually predates the candlelight rallies that ousted Park Geun-hye, Park Chung-hee's daughter. So there's a definite sense of quiet horror, particularly during the middle portions where director depicts veterans' groups that recount with pride how they murdered people for blood money.

Even more incredibly, we get scenes featuring Kim Bok-dong, the departed comfort woman featured in "My name is KIM Bok-dong". She is unmistakably present at a rally wherein Vietnamese victims of South Korean war crimes are depicted as just as deserving of dignity, respect, and justice as Korean victims of Japanese imperialism. This dark yet hopeful subtext appears in relation to an impressive sequence wherein the difficulty of getting Vietnamese victims on the plane at all is documented. How can they let themselves trust the same people who brutalized them?

That's more of an end-point though. Framing device notwithstanding of "Untold" really is just a superb documentation of the experience of Vietnamese war crime victims, in their own words. The late transition to depicting the conflict from the South Korean view, or what little of it exists, is also shown largely in the context of Vietnamese museums dealing with the war. The Vietnamese museums show no honor in killing. They depict abstract wartime horror. It's a startlingly accurate depiction of the atrocities we had until that point only seen described verbally.

Or, in one memorable case, via sign language. Director Lee-kil Bo-ra first came to fame for her work in "Glittering Hands" depicting her deaf parents. While "Untold" is a very different kind of documentary, Lee-kil Bo-ra shows the same distinctive, brilliant touch here. She neither infantilizes nor revictimizes her ptoagonists. They grieve, they have wounds. But they recovered. They survived. They freely tell their story yet are skeptical as to the purpose of it.

I can't say I blame them. Goodness knows in the United States the Vietnam War is depicted, at best, as a loss of honor for the Americans because they couldn't win. The senseless, horrific death of innocents is at best an afterthought that continues to remain so in foreign policy to this day. But in South Korea at least, director Lee-kil Bo-ra documents a glimmer of hope that evil can be acknowledged and made restitution for by the perpetrators. It's not much, but it's something.