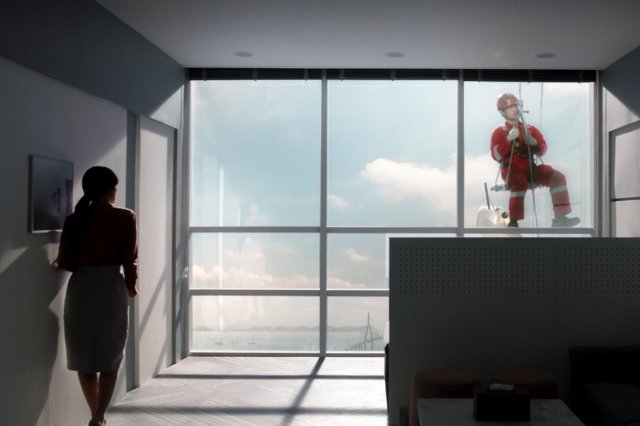 Eleven years after "Love Fiction", Jeon Gye-soo returns with an excellent film that plays with its title in a number of levels.

"Vertigo" is screening at Asian Pop Up Cinema

Seo-yeong is a 30-years-old designer that has a contract in a big company and an affair with one of her higher ups, Jin-soo, a very beautiful, divorced man all women in the company seem to lust for. However, life is not exactly ideal for her. Troubles in her ear have caused her to have vertigo attacks, which seem to intensify when she is under stress, Jin-soo does not seem particularly eager to make their relationship "official", her contract is about to expire and her performance is under evaluation from a man who has been accused for unfitting behaviour towards other female contract employees in the past. Furthermore, her mother cannot seem to get over their family's past and is in constant need of money from Seo-yeong, while things take a turn for the even worse when a shocking secret about Jin-soo comes to the fore and forces him to resign. As her problems pile-up, Seo-yeong's vertigo becomes worse and the only ray of hope seems to be coming from a window cleaner, who also has to face his own problems, though.

Jeon Gye-soo directs and pens a very captivating film that works in a number of levels and makes a plethora of comments regarding contemporary life, most of which are quite pessimistic, but at the same time very realistic. The most obvious one regards the corporate world and its despicable practices, which is presented as a setting where the already male-dominated Korean society finds its apogee. The concept of the contract worker and the extremes one has to reach in order to continue working in the so-called "ideal" jobs, particularly if she is a woman is highlighted repeatedly, and actually gives the film one of its most impactful scenes near the end. The blights of the previous generation that still torment the current one are presented through Seo-yeong's mother, in another quite pointed remark. The disconnection people feel and the difficulty of having romantic relationships in such a socially and financially demanding environment is another one.

The most ingenious aspect however, is the way Jeon uses the concept of vertigo both literally and metaphorically, with the former adding to the entertainment and the latter highlighting how dizzying the combination of all the aforementioned concepts can be for one person. The fact that the solution seems to come from an individual whose job is to neglect heights (thus no vertigo there) also works greatly for the narrative. At the same time, the fact that the young man cleans windows outside the building places a clear dichotomy between the two worlds the two of them inhabit,  as Seo-yeong is inside the building at the same time. His efforts to "overcome" the glass actually define him as a character and place another great element into the narrative. Add to all that the excellent placement of the two major plot twists and you have an overall great narrative. 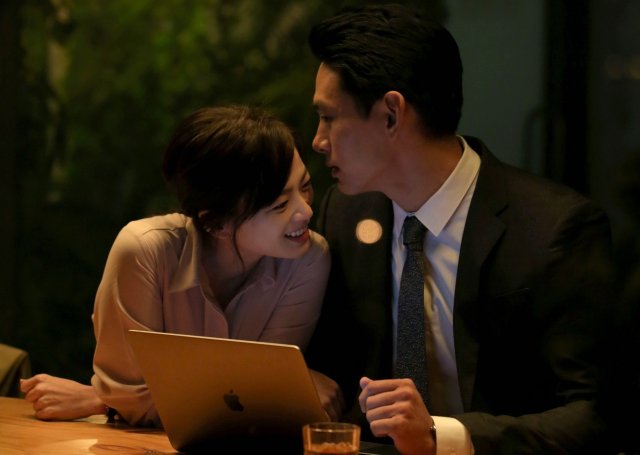 The sole two faults I found are that the melodrama occasionally takes over a bit, with the window cleaners back story being a bit too much, particularly when combined with Seo-yeong's, and the finale, which is too long and definitely goes a bit too far. These two, however, are minor faults, and by no means do they affect the overall great sense the movie leaves.

I consider Chun Woo-hee one of the greatest actresses of her generation, with her roles in "The Wailing", "Idol" and most of all "Han Gong-ju" proving the fact in the most eloquent fashion. In "Vertigo", she proves that she can carry a film on her own once more, giving a great performance that has her exhibiting a number of different psychological statuses ranging from despair to rage and everything between in the most eloquent fashion. Jeon Gye-soo anchored the film on her and she delivered excellently. Jung Jae-gwang as the "window man" is also quite good in a mostly silent, almost Chaplinesque part, with the same applying to Hong Ji-suk as the "villain of the story". 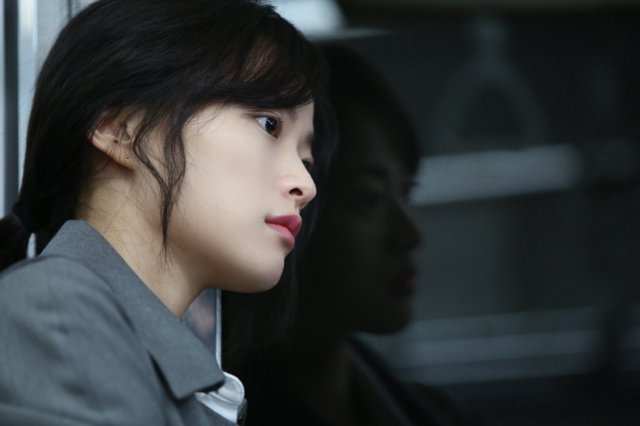 Lee Sung-eun's cinematography visualizes Seo-yeong's psychology eloquently through mostly saturated colors and an overall cold and detached depiction of the corporate world that comes to complete antithesis with the extravaganza of the finale. The pace is relatively slow but in a very fitting manner, and the film feels much shorter than 114 minutes, which is definitely an accomplishment. The work done in the sound is also great, particularly in the moments when Seo-yeong feels the vertigo.

Not much more to say, "Vertigo" is a great film, probably one of the best we will see this year.