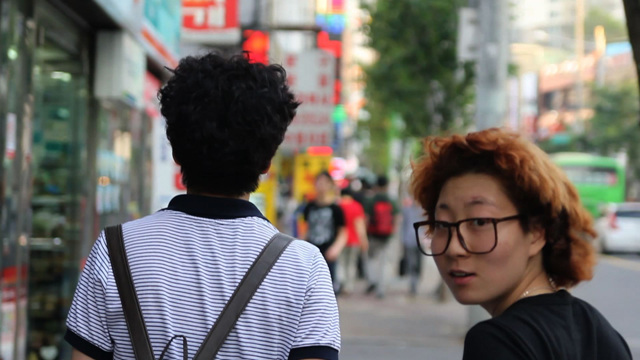 This past week the 14th International Women's Film Festival in Seoul got under way and with it came an array of films from around the world showcasing women and women's cinema. This year I managed to attend the packed screening of Lee Suk-gyung's "Wandering Stars", an observational documentary that follows three troubled young girls over the course of two years. The film was the winning project last year, and was awarded the 'Documentary Ock Rang Award' for Lee Suk-gyung's heartfelt following of these three strong and unyielding young women. 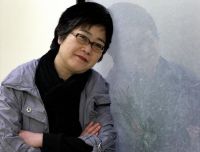 Lee Suk-gyung made her film debut in 2009 with "The Day After". The film was screened under 'Forum' section at the Berlin International Film Festival and won the NETPAC (The Network for the Promotion of Asian Cinema) Award. In "Wandering Stars" Lee follows three young girls who have slipped off the conventional life track and who are now living between the cracks of society. Each left home when they were in middle school to live by themselves and with others. In the film, Lee gives us a glimpse into their lives as they wandering through life trying to find meaning and happiness while also simply trying to survive in society. These girls are strong and resourceful, but sadly disconnected and abandoned, having little or no support form their families and limited support from society in the form a women's shelter. Along with each other, the women's shelter served as one of the only consistent entities in their lives as jobs and places to sleep change as quickly as the weather. Their youthfulness is palpable, but as obvious as their innocence is their lives demand them to mature quickly in order to survive. This is where the film really pierces the heart as the girls themselves are not portrayed as victims, but dreamers and fighters going up against the daily hardships they must endure.

The film consists largely of a handheld shots of the director following the girls around, a constant reminder that these aren't actors, but real girls existing in a very demanding world. As the girls get thrown from one place to the next, we get a sense of the scale of their troubles. This is not just a day, a week, or a month for these girls, but two years of their youth and the amount of change and challenges they have had to deal with is as sorrowful as it is inspiring. The director is never on-screen and her present in only felt through her occasional off-camera questioning, expository title screens and flashes of her reflection in real-world objects. Lee did not wish to include herself in the frame and has minimised the existence of her and her crew in the lives of these girls. The result is observational documentary that shows, rather than tells.

If there was one area where Lee seemed compelled to insert her own emotions onto events, it was one scene that captured the girls' carefree youthfulness as they rode their bicycles around a park. Lee cut all the sound from this clip, no dialogue, not background sounds, no sound at all. Even when one of the girls is talking to the camera her voice is masked in silence and the viewer is forced to look for voices in their own hearts and minds in response to this emotive editing decision. It was a beautiful moment in the film and one that I only really appreciated in retrospect. But having the girls just ride around and seem to just be having fun together, in the context of the film and their lives is a rare and beautiful thing that Lee wanted us to remember and draw hope from.

"Wandering Stars" is heart-felt diary of tragedy and hope, of lost innocence and sacrifice as these three young girls find strength from each other and from within. It's a counter-narrative to the traditional coming-of-age film one might expect to exist with the constraints of the mainstream film culture, one that is not trivialised or superficial, but harsh, unyielding and is more often that not, simply not seen.

The 14th International Women's Film Festival in Seoul goes on until 26th, for more information on this and other films from the festival, visit their homepage at http://www.wffis.or.kr/wffis2012/00eng_intro/main.html