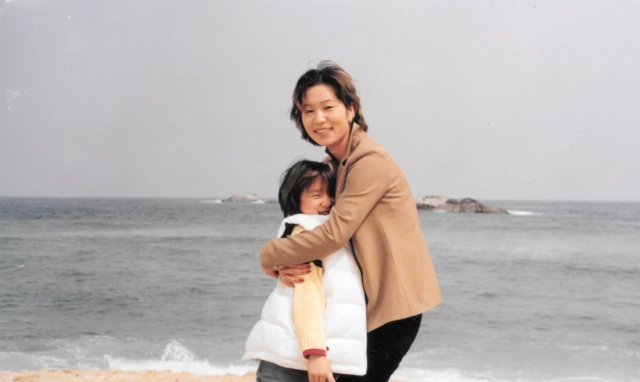 Director Han Tae-ee was, at the time "Welcome to X-world" was being filmed, living with her mother and paternal grandfather in a modest home in the Guro district of Seoul. Han Tae-ee doesn't much care for her grandfather. Her mother doesn't either. So why don't they just move out? "Welcome to X-world" , as a documentary, continuously begs that question until Han Tae-ee's mother finally gives up and agrees to leave.

"Welcome to X-world" is a good example of how subtlety can be taken too far. For a documentary, surprisingly little is clearly explained. From the way Han Tae-ee and her mother talk about the paternal grandfather you'd think he's some kind of vicious ogre. But the closest he ever even gets to being mean is when he asks his daughter-in-law to make food for him. I mean sure, he could make his own food. But the guy's old, and it often sounds like he's had a tough life.

His son is dead for one. Han Tae-ee doesn't get into the details, instead skipping over them in such a way as to feel macabre. Han Tae-ee frames her mother's continued presence in a home she doesn't much care for as being a construction of patriarchy. The death of her husband frees her from that. When framed in such a way, that idea is actually kind of horrifying. From what we can tell Han Tae-ee's father was a nice guy. If nothing else his wife certainly loved taking pictures with him.

Through pictures we also see that Han Tae-ee has an older brother. This is more information that seems important which isn't given any exposition at all. Another big contender in that category is a brief interview with the grandfather wherein he talks about his own marriage, which he was forced into. His wife is still alive by the way, just living separately, with minimal explanation.

While I can appreciate Han Tae-ee not wanting to badmouth her own family I felt at a constant loss for context. This made it harder for me to really accept the documentary's feminist commentary. Han Tae-ee herself, after all, does not want to marry. She sees her own family relationships as an argument for why. Her mother somewhat inexplicitly thinks that Han Tae-ee should get married, despite her personal distaste of the idea. This allows for the only real serious conflict of the documentary.

But without more context I just couldn't get into it. There must have been a lifetime's worth of anecdotes between mother and daughter going into these discussions and we only see the bare outlines. I'm not convinced that Han Tae-ee's position on moving out was as self-evidently correct as she makes it look. This too accepts the premise that a daughter convincing her mother to move out of their elderly relative's house is a noteworthy story to begin with. The only real interest here is anthropological, and even then Han Tae-ee isn't anywhere near objective enough or exhaustive enough as a director to make "Welcome to X-world" a particularly useful resource.