[HanCinema's Film Review] "Where am I?: Beyond Girl and Woman" 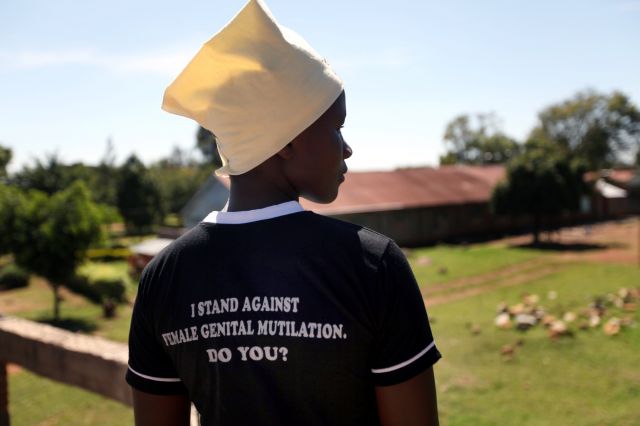 In East Africa and elsewhere, female genital mutilation (FGM) is a widespread practice. "Where am I?: Beyond Girl and Woman" is a documentary in the classic informative mode which asks simple questions and obtains simple answers from various local people about what exactly FGM is, why it exists, and whether or not it should continue existing. It should come as little surprise that for the most part the answer to that last question is "no", even if writer/director Kim Hyojung never explicitly says as much.

"Where am I?: Beyond Girl and Woman" is at its strongest while simply documenting and providing context. The main part of the movie that left an impression on me wasn't the discussion of FGM but rather the footage of the East African villages. They're bright, festive places with tightly knit communities. The major opening piece of the documentary is a big parade. Then the camera periodically notes with some awkwardness that the center of attention is a highly made-up girl with a very blank unhappy expression. And we can guess why- this party centers around her undergoing FGM.

This contrast provides a rather curious counterpoint, and I was surprised at how ambivalent I felt about FGM when hearing explanations from its supporters. Venereal disease is invoked as a possible cause for the practice's origination, and in modern East Africa that's not something to be taken lightly. Distinction and uniqueness are also invoked on the basis of culture. Moreover, as the centerpoint in a rite of passage, it's easy to see how an attack on FGM can be interpreted as an attack on local culture in general.

Yet as "Where am I?: Beyond Girl and Woman" goes on we hear less and less from FGM supporters, as if writer/director Kim Hyojung is concerned they're coming off as too sympathetic. Such caution isn't really necessary. A casual admittance by a practicer of FGM that she doesn't know much about sterilization and somehow gained the knowledge of how to perform FGM through her departed grandmother's spirit is a far more alarming indictment of FGM than various African men in offices speaking accented English.

And that's what strikes me as the big problem with FGM awareness as practiced in "Where am I?: Beyond Girl and Woman". It's being directed at people like me who have no actual contact with the practice. I'm not the one who needs to be convinced. Later scenes that involve an anti-FGM school comes off as brainwashing, with bland anti-FGM bullet points replacing meaningful context. Even the English acronym FGM itself gives the colonialist impression of people from other countries trying to force traditional communities into obeying foreign rules.

This perception failure is a definite problem. Yet even granting that much, "Where am I?: Beyond Girl and Woman", still does a much better job illuminating the complicated nuances of the FGM issue than most reading on the topic, which too often is satisfied with just calling the practice barbaric and leaving it at that. I just wish the documentary had had more of the first half's personal touch and less of the second half's rallying cry.

"Where am I?: Beyond Girl and Woman" is directed by Kim Hyojung.

"[HanCinema's Film Review] "Where am I?: Beyond Girl and Woman""
by HanCinema is licensed under a Creative Commons Attribution-Share Alike 3.0 Unported License.