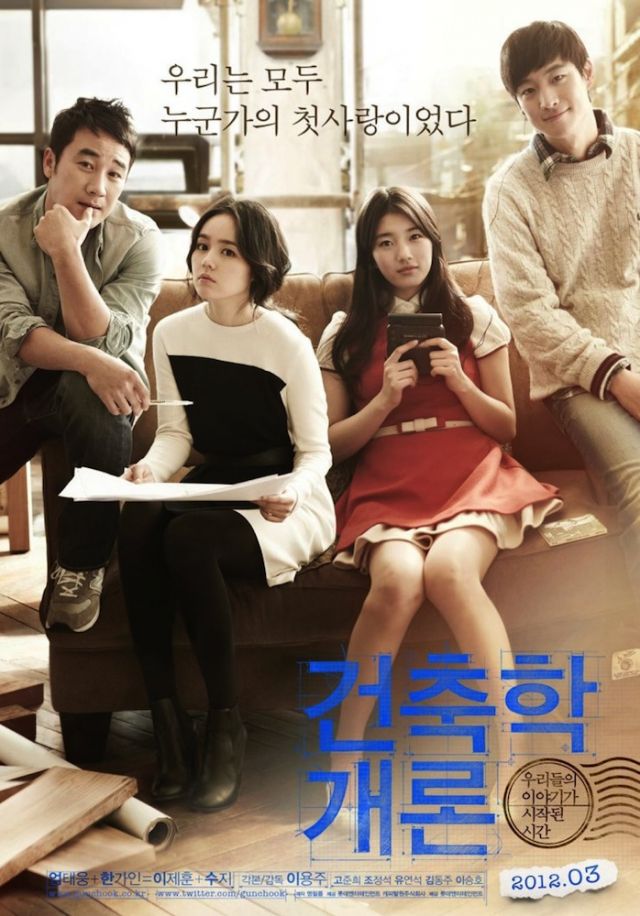 There is something incredibly romantic about building and designing a home. Perhaps it is that it requires two, rather distinct, forces working together to produce something both are happy with. Whether it's the outside architecture and structure of a house, or the warmth and familiarity of its interior, the idea of a home emerging from seemingly nothing is worth the sleepless nights it took to dream.

The first home my family had in South Africa was this dream for me. It was grand and spacious, and every care was taken so that it would cater to all of our families needs. It had bedrooms for all, an expansive playroom, a cottage for granny, even a swimming pool and a tennis court next to the rabbit cages outside. Live was good, and it felt like it had always been designed to be so. When I look at that house's old plans and designs, it doesn't look and feel the same as I remember; and, indeed, how could it? The faded ink on the lines that separated each room made this living memory look like an empty shell, a void or chest of forgotten memories, uninhabited and lost. The past is always like that I fell; full of promise and possibilities of a life lived and lost, simultaneous holding our dreams from the past and hopes for the future.

There is a scene in Lee Yong-joo-I's "Architecture 101" that comes at the end of the film that really sealed it for me; after which the screen softly close its eyes and the credits started rolling. Yes, it was the end of the film that bridged that gap between the film and my own reactions to it. You see, "Architecture 101" is, as with a building house, about two things; the outside world of the now, and that memory found within. Without both elements there is nowhere to either hang up a memory or seek shelter from a storm. A house must contain structure itself, and all the character and comfort that can be found within; and if any one of these two elements fails, well, there is always the memory of it and the dream that comes attached.

Nostalgia contains a tear-tugging degree of sentimentality, but the act of 'looking back' always comes paired with its unearthly counter of fantasizing about the future. This is where "Architecture 101" decided to build its house, between past and future, in the now. In the film, Suzy and Lee Je-hoon play the past, and the present by Han Ga-in and Tae-woong. Between them lies a house that needs to be built, and it does take two in this case.

The present Seung-min is a rising architect at a construction firm in Seoul. He has largely shed a lot of his insecurities and innocence that plagued him during his university years. Seung-min still lives with his mother in a modest family home, but is soon to be married to one of his co-workers. His life, as you see it, seems to be content and full of future promise and growth. Maybe he will get promoted soon, have some kids, or even design and build a house with his new wife. His future looks to be filled with all the ingredients of happy and healthy life; but when a stubborn memory walks back into his world he's forced to reexamine his life's designs-both past and present.

Seo-yeon's father ill health has prompted her to rethink her past. While her dying father gets treatment in hospital, she embarks on a personal journey to have her family's home in Jeju-do redesigned and refreshed. It sometimes seems like a world away does Korea's Jeju Island; like a magical dream itself, it calls to locals and outsiders alike with its natural beauty and boundless sense of tranquility. It's a place to go to, and a strange one to come from. Seo-yeon's look back down memory lane, as well as her need more forward in her life, leads her to contract the services of Seung-min and his architecture film in order to design/build her a new home on the island. Reluctant and mindful of their past, Seung-min accepts, proving that he to remembers their time together at university, where they first tried to build a house together.

"Architecture 101" is wonderfully elegant notion all in itself. With its coming together of beings, both past and present, the film seduces us with memories and hopes as we are pull from past to present and back again. Plans from the couples past are uprooted and the memories between them, both known and those kept secret, are relived and into question. The present is tragically defined by the coming together of objects in space and time, and asking the question of whether it was meant to be.

So how does one begin to design and build a new house? Well, according to director Lee Yong-joo-I, you have two roles to fill. First you need both parties involved to agree upon a design: Where will the bedroom be? What will the view look like? And where can the piano go? These basic questions then need to be wrapped up in an agreed upon aesthetic and style of the building in question. Then the construction has to take place, that too takes time. Changes both small and big are fitted in, problems come to light and are dealt with; all the normal ebb and flow of working on a project such as this. In this case the foundation was already in place. A good base is always a requirement when looking to build up from somewhere. Sometimes there are cracks and blemishes where time has made its mark, but it's what comes from it that really stands as a testament to the creators.

As cracked and crooked as Seung-min and Seo-yeon's past is, it appeared to contain 'the right stuff' for building a home. Life, as it turned out for them both, didn't let them allow them to change too much, only the world around them; the present. Life back at university for them was the beginning of something that felt unfinished, a chapter unclosed, or a memory still under construction. The raw elements were all present, in retrospect of course, but Seung-min and Seo-yeon didn't manage to build a house then and now they will try again. They are much the same individuals, but in a different time and space as this new task in laid before them both.

I recently unearth a box of memories myself, love letters in fact. Tucked away in the mountains of storage boxes my family kept, was a small worn-out shoebox. On its discovery I was forced to put the breaks on my frantic efforts to sort everything in the growing pile out. That little box came packed with compressed feelings, memories, and promises, all the things that make you question everything about where you are you now. Old love is mysterious like that, just went you think you are ready to make a final decision on something or someone, a memory reminds you that the history books aren't quite filled just, with maybe just little room left for a final word or two.

At least, that is the thinking, the thought and the wish. An old CD, a letter or gift, these things are but triggers to life's past events and attachments, the stuff dreams are made of. The past always seems to feel more stable, more complete, than the present. And we generally feel comfortable remembering it because it exists like a finished chapter, an event that has past, closed. What Seung-min and Seo-yeon discover is that sometimes the past isn't as complete as we would like it to remain. Instead, there are those times and places that, although have concluded, weren't given the ending we would have written for it if we could have. Footnotes that read "to be continued" or "revisit", those memories that are brought back to life, even if it's for but a brief moment, and brought to bear upon the harsh matter-of-factness of the present. Time, it would seem, is a memory's cradle and executioner, bearing both the bottle and the axe on the life and death of our fuzzy recollections and hopes.

Buried in the rubble of an unforgettable past and unobtainable future, lies the film's centre of an inconvenient present. It's hard to use the word 'destiny' in a film like this, and I think to do so would sell the film short of some of the film's finer commentaries. 'Fated', even, is still too harsh and hopelessly unequipped to project onto Seung-min and Seo-yeon's journey together. Any attempt to use such words is, perhaps, the result of our own need/desire for the magic of cinema to breathe life into both the real and imaginary, and no matter the cost to either. If that were the case, the price of admission here would far too real for the average dreamer; but for those who like a little mystery, the one's who never burn a bridge or ever attempt to forget, "Architecture 101" just may be that loveable static fragment of the present you've been waiting for-That forgotten memory that has been patiently waiting to be found and, dreamed of once again.

I wanted to end this little story with, like the film itself, a relatively pleasing thought. The house contained in the film was built especially for it, and the production team decided to turn it into a coffee shop called: "Café Seo-Yeon's House" (or something like that). Its plans of opening were delayed by Typhoon Bolaven that hit the peninsula this summer; but the revise date of February 2013 has been set for this operating tribute to the film and its fans. There, I'd imagine, you could sit and sip on a hot cup of your fancy and enjoy the view, the house and whatever memories and dream you'd wish to release there. Or make new ones of your own.