Park Je-hyeon's "The Huntresses" proved to be a sweet mess, attracting less than 500K to its cause during one of Korea's biggest holidays (Lunar New Year). It was the first of a host of exciting Joseon-era films that were set for release this year, but was soon dismissed at the box office and forced fans of the genre to look quickly ahead. The film was overly stylised and lurid; awkward counterbalances that tried to distract from the flat and unimaginative adventures of Park's angels. For all its fatal flaws, however, "The Huntresses" did contain a number of great individual shots; so even if you don't bother to watch the film, take a moment to browse through some of these stunning stills and marvel at the double-edged sword Park fell gloriously on. Enjoy! [SPOILERS] 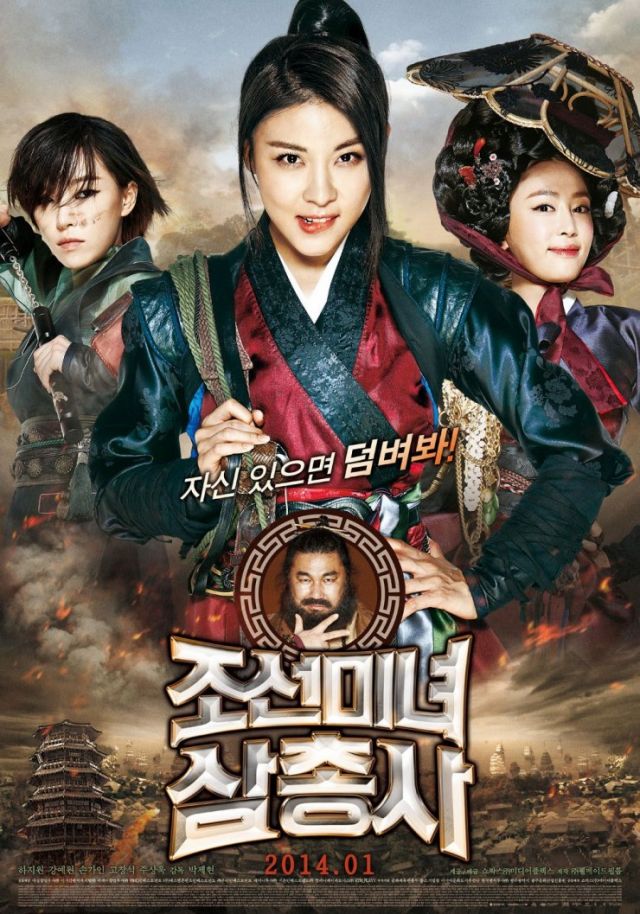