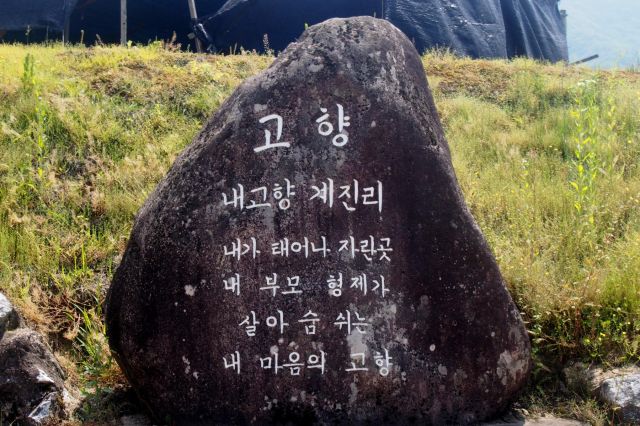 My hometown. My hometown Gyejinri. This is where I was born and raised. It's where my parents and siblings live and breathe. This is the hometown of my heart.

Little poetry markers like this are all over the place in South Korea, but I was rather struck by the sheer personal elegance of this one, carved into a rock in a hamlet on the outskirts of Geumsan. I should note for completion's sake that Geumsan's main claim to fame is that it's where most of the ginseng is produced. The main tourist landmarks are shops like this one- 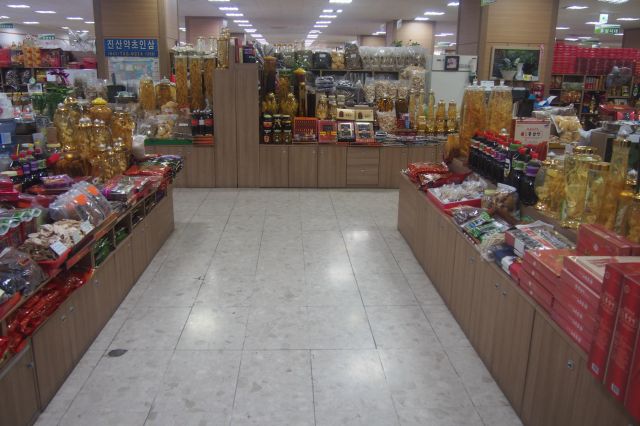 ...That are just ginseng related products as far as the eye can see. But my eye tends to gravitate toward the more subtle landmarks. 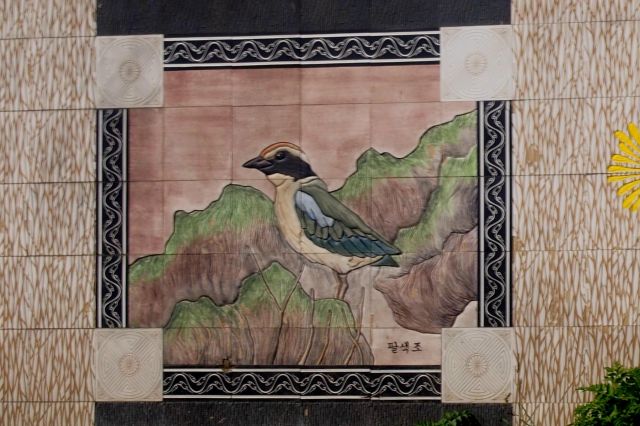 This portrait of an Indian Pitta adorns the riverbank of Geumsan's downtown, which is currently being converted into a walking path more acceptable for casual strolls. This bird is not alone. Many other avian portraits abound, like these Chinese orioles. 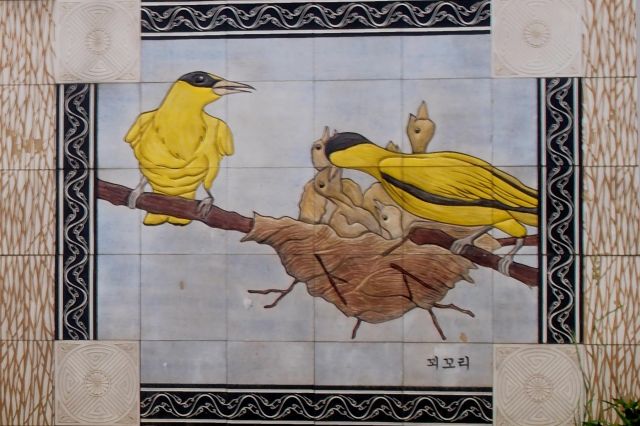 As is often the case, I wonder who made the decision to put these bird pictures on the riverbank. In any case, I'm glad for the added scenery. I imagine Geumsan's river walkway will be quite something to behold once it's finished. 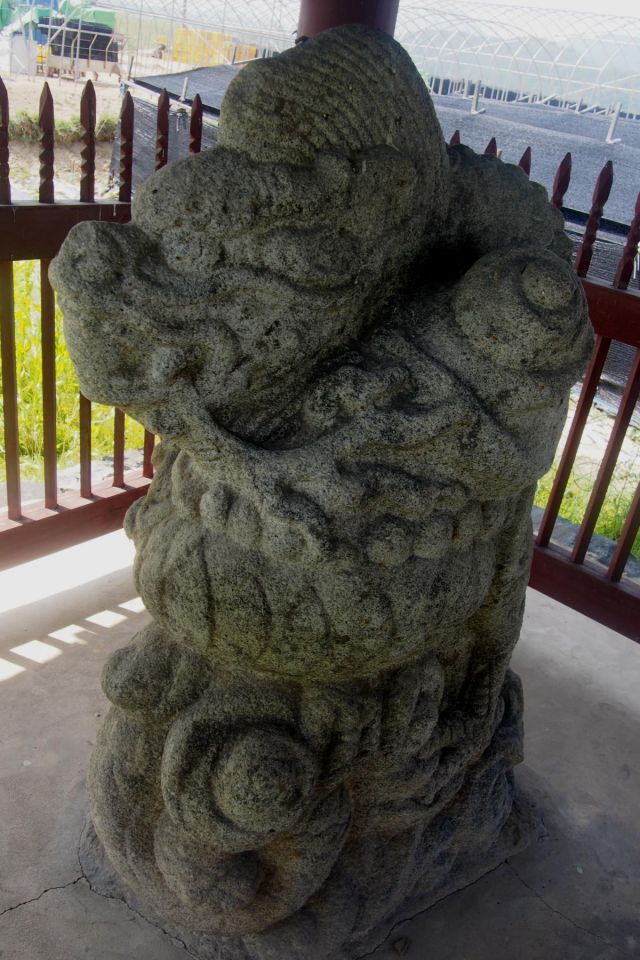 This ancient dragon statue is more in the line of art you would expect tourists to be interested in- although it's located in a village at the outskirts of town, and I had to ask around to find the thing even though it's on the tourist map. Compounding the hilarity, the accompanying explanatory plaque claims that this is actually a poor quality statue representative of the deteriorating skills of Goryeo artisans at the time of its creation. Apparently the statue gets its own pavilion solely by virtue of being old. 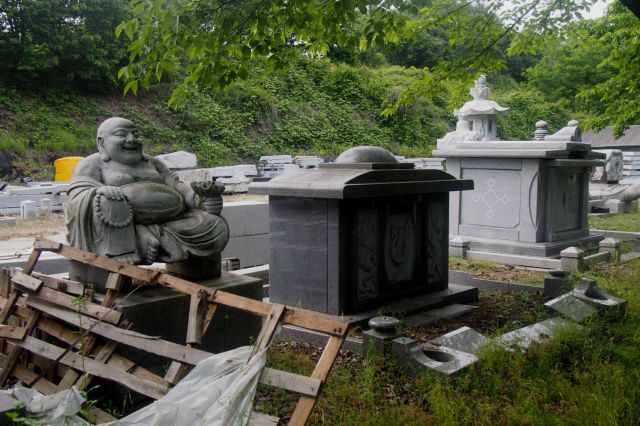 This graveyard is what happens to modern day statues that are of poor quality in some obscure way that is not obvious to laypeople. Well, all right, to be fair I have no idea what this place actually is, I just found it on the side of an obscure road somewhere. It's funny to think that even today there's so much demand for sculptures in Korea, but then again, I do run into these things just about everywhere. 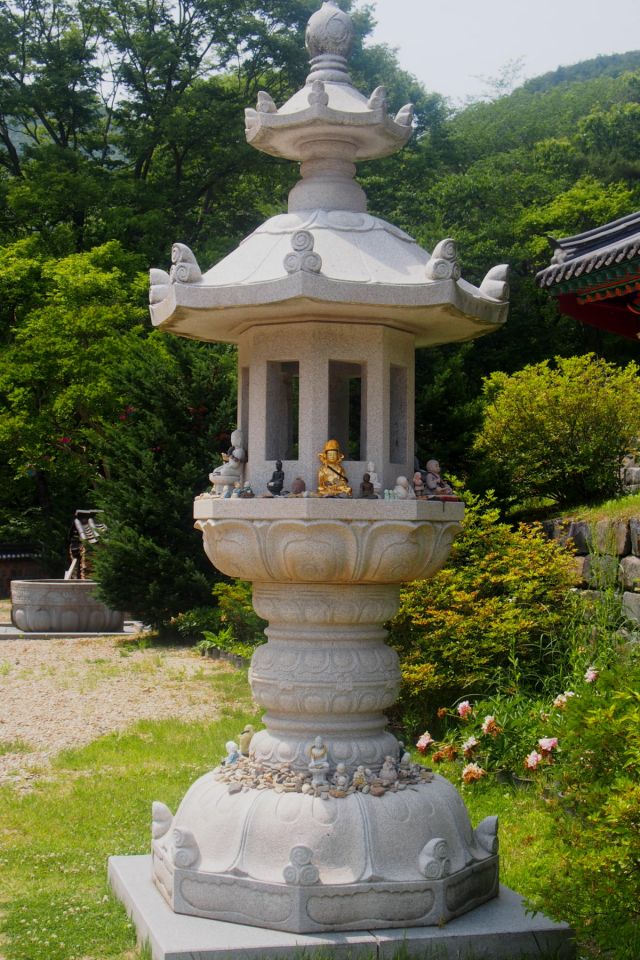 Like this charming little pavilion I found at Boseoksa (보석사). Yes, that's right, yet another famous ancient temple with a centuries long history that has been restored several times by various Korean governments. Today Boseoksa's main claim to fame, aside from the usual impressive visuals, include an ancient Ginkgo tree.

The problem with visiting temples like Bosuksa is mostly just their obscure location. I got there mostly because the owner of the restaurant I had lunch at that day offered me a ride on her way to Daejeon. I kind of doubt I would have even been able to find the place otherwise. When I showed up there weren't even any monks to whom I could ask questions. 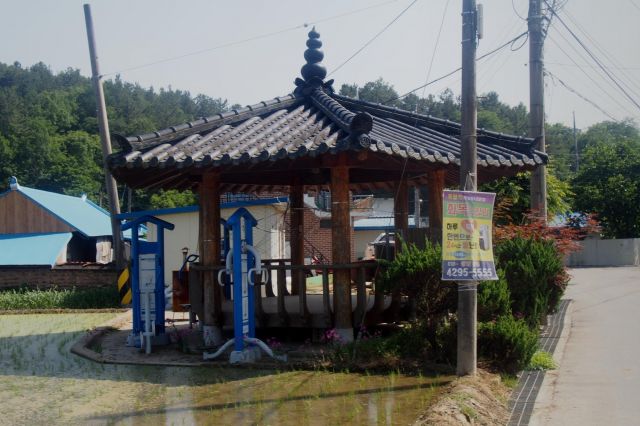 Now, compare that to this gazebo, which I passed constantly on various forays between the main town of Geumsan and whatever other random place I happened to be going. That's all I really have to write about this gazebo. They're about as plentiful as temples but always located more practically. 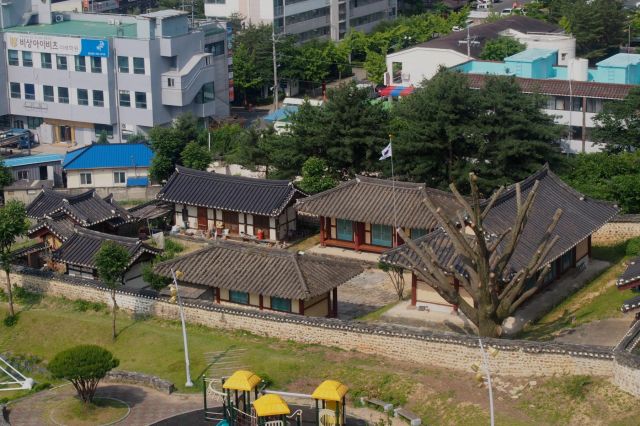 In all fairness this Confucian School (향교) is rather sensibly located in the middle of town, right next to the bus station, library, a playground, museum and a memorial park for the Japanese invasion. The other one, from the sixteenth century, for which Geumsan was apparently an epicenter. Although the museum tended to focus on other historical facts. 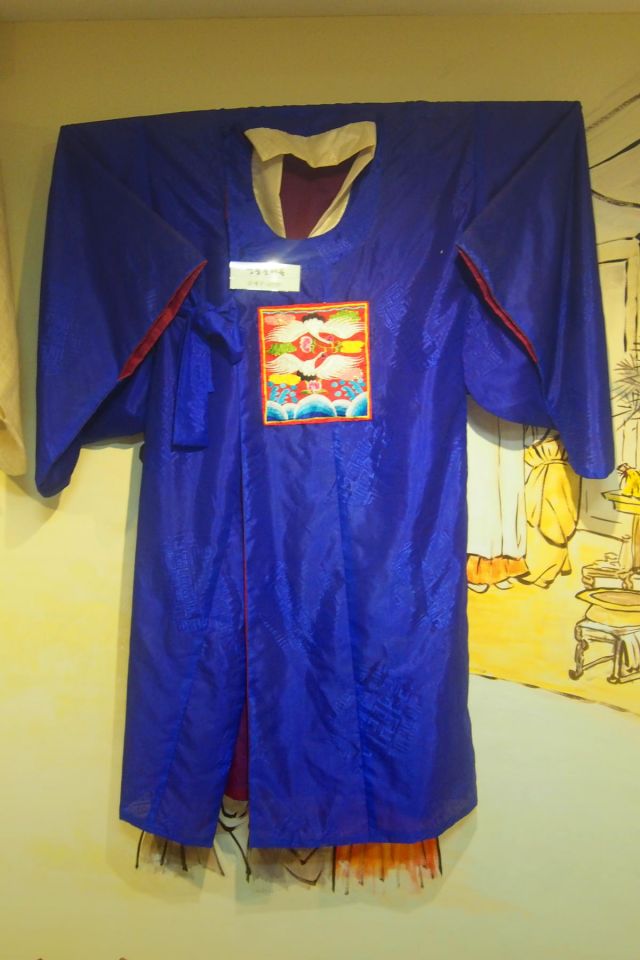 Like clothes! Regrettably, there does not seem to be anything in my notes indicating the purpose of this specific garment. I think it's supposed to be ceremonial but I wouldn't swear to it. The Geumsan Local Museum (금산향토박물관) was more about showing off old stuff than explaining what it was. Which if you can't read Korean is probably just as well. 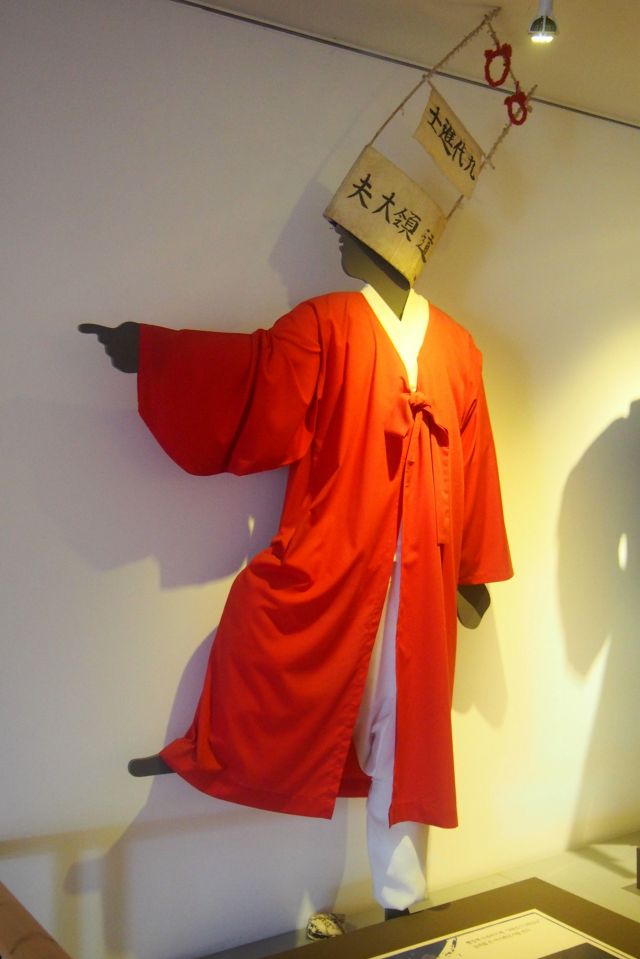 This outfit, though, was clearly identified as being used in farm music (농악), for which the Geumsan Local Museum has an entire subdivision. Farm music is...well, it's what farmers used to do for fun. These days farm music performances are pretty common in summertime, and odds are good that wherever you are in Korea, one will come up sooner or later. 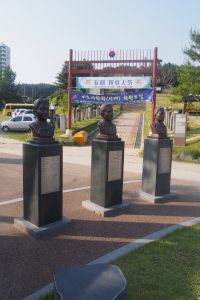 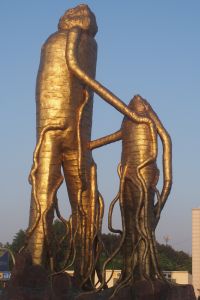 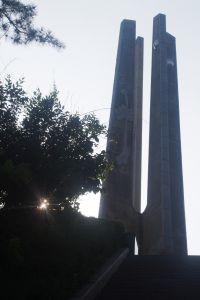