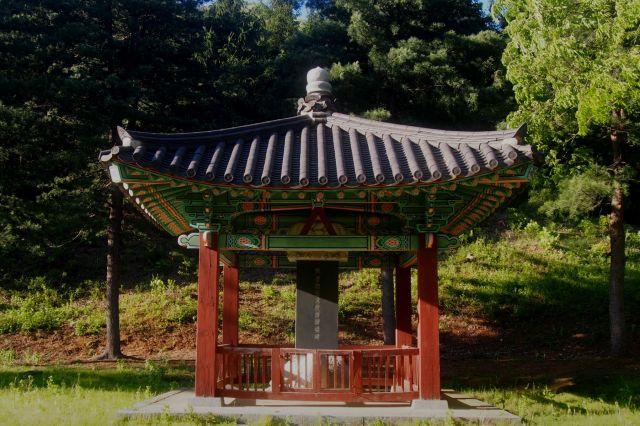 Flying into Cheongju from Jeju Island en route to Seoul, I had two choices. The sensible choice was to go to Cheongju and find some other nice subway-connected interpoint to get to Seoul. The second choice was to stumble around like an idiot through the rural countryside. I chose the latter. Don't let the tourist maps at the airport fool you- Jincheon County (진천군) is not easily reachable from the Cheongju Airport. In general it's not really traversable at all except by car. And for what? To see Kim Yu-sin's placental chamber? 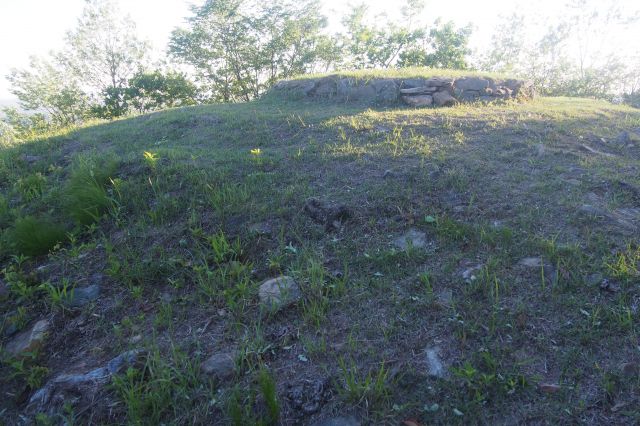 ...By the way, the placental chamber is exactly what it sounds like. It's where Kim Yu-sin's placenta is kept. I can see why Jincheon has not been able to capitalize on the fame of Uhm Tae-woong. Ancient Korean people had rather odd ways of honoring their heroes. 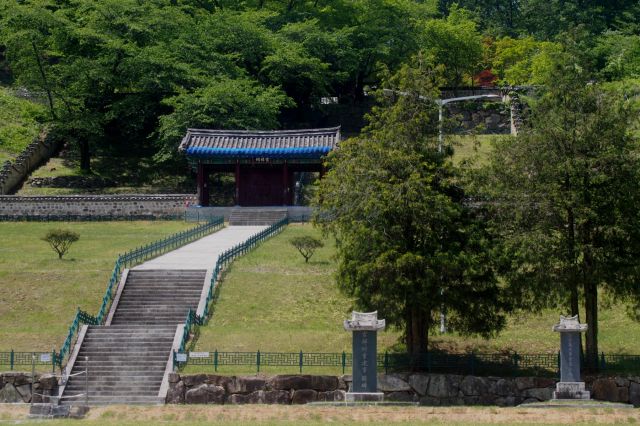 In all fairness that Gilgan Temple (길간사) is much easier to get to, and somewhat more rewarding in that an ancient picture of Kim Yu-sin is stored at the very top of all those endless stairs, cleverly angled so that glare makes it difficult to get a good photograph. Still, I was able to get a good wide view of what Jincheon looks like from this perch- 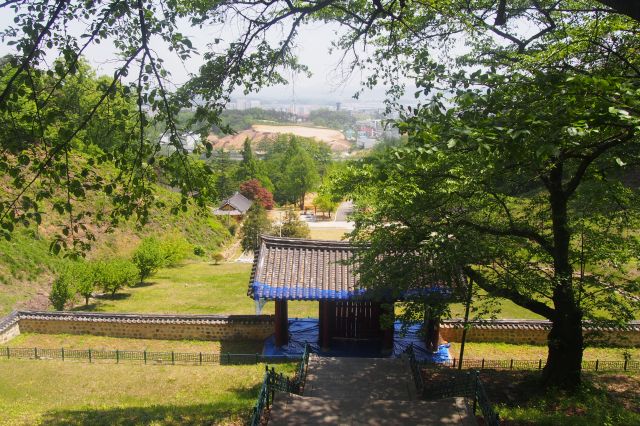 ...And that, perhaps, is the more relevant story of Jincheon anyway. It's not about who used to live here over a thousand years ago. It's about who lives in the county today. 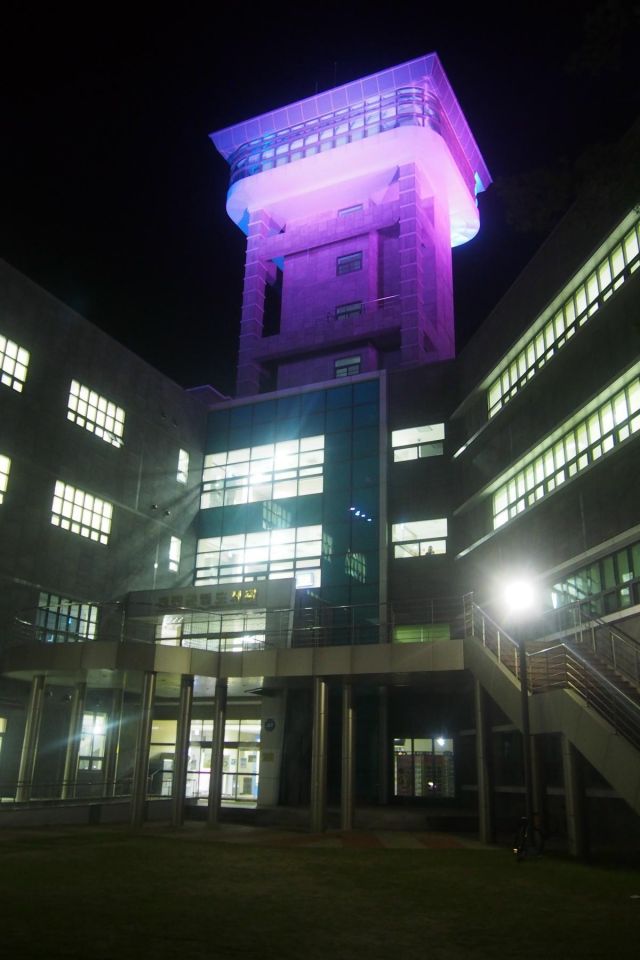 This rather striking structure is the county library, situated right next to the city library, because apparently whoever is in charge of public funds in Jincheon believes the people need good books located in striking architecture. As far as I'm concerned this was money exceptionally well-spent. I'm not a fan of modern buildings in general but this one really does sparkle in the moonlight, like a shining beacon a hill. A rather appropriate metaphor for knowledge isn't it? 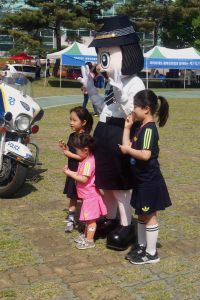 One part I rather like about these small towns is the sense of community. I was in Jincheon for Children's Day and pursuant to that, there was a big event for children with the usual clowns, taekwondo demonstrations, and posing with the police mascots. Yes, there is more than one. There's Podoli, and there is Posooni, who is like Podoli except she's a girl. On the surface anyway. Who knows, after all, the gender of the poor rookie stuck inside that suit who has to take photos with kids all day. Look, somebody's gotta improve the reputation of the Korean police. 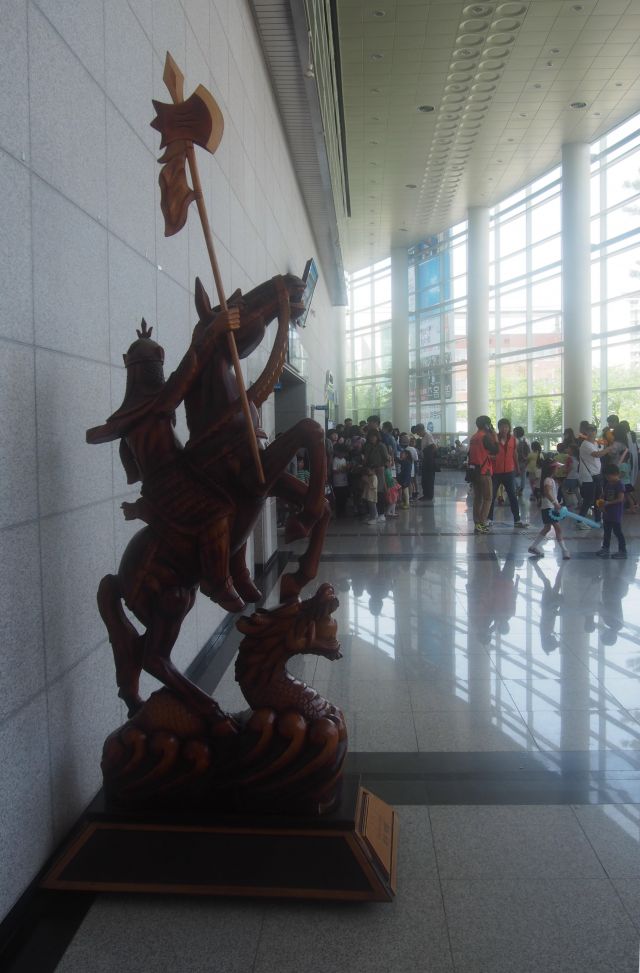 As part of the same event there was a screening for Hotel Transylvania 2, Korean dubbed, where it is rather more sensibly just called Monster Hotel 2. But for all that I really just needed some context to take a picture of this Kim Yu-sin statue in the lobby. This version of Kim Yu-sin has no placenta- just horse, dragon and poleaxe, because that's all he needs to start kicking butt and acting all generally heroic. Now that is a statue of the man who unified the anceint Silla, Goguryeo, and Baekje kingdoms, providing an inspiration to us all. 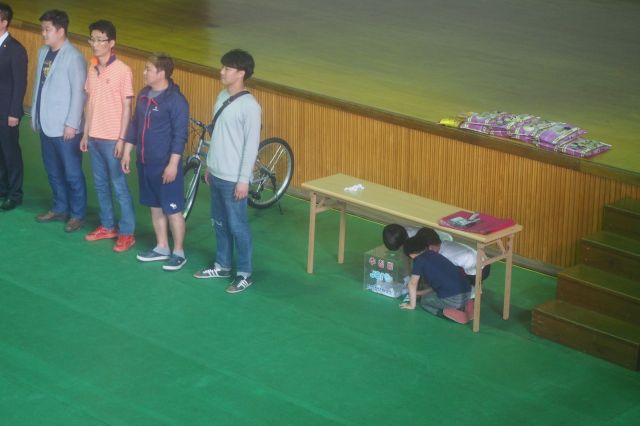 Lastly, as to be expected, the kids were pretty restless for the whole movie screening, and couldn't even stay still during the official ceremony when the raffle winners were announced. Hey, there were bikes given away for this raffle. You'd be sneaky too.

Maybe it's just because I'd recently been to Gangjeong where that hideous naval base seemed like the worst white elephant possible but...that's oddly enough the main takeaway I got from Jincheon. That this is a county which knows how to use its tax dollars. By maintaining ancient difficult-to-access monuments and giving kids free bicycles. Seriously, maintaining that stupid base will probably cost more in one month than it takes to run Jincheon for an entire year, with no happy children to show for it. Harumph. 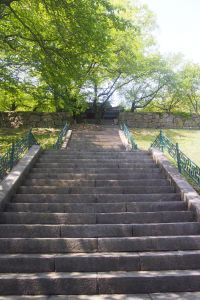 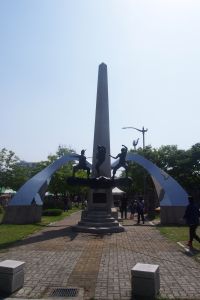 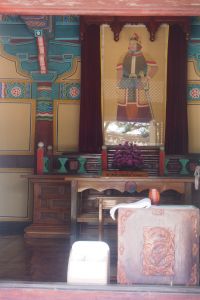