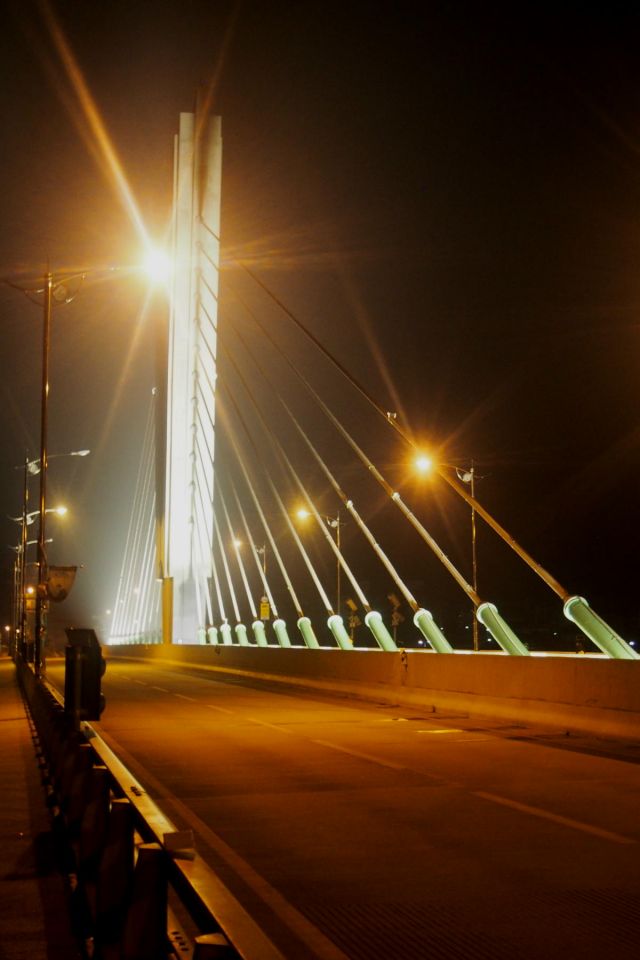 Jeongdongjin is the terminus of a rural railroad line that stretches to, among other places, Jecheon in the north-center part of the country, which as it happens was the next film festival I needed to go to. Sadly, there aren't a lot of places along the way. Or so I thought. From the very beginning Yeongwol was a very distinctive location. Observe the giant spooky bridge at three in the morning. Not that it's much more crowded during the daytime. 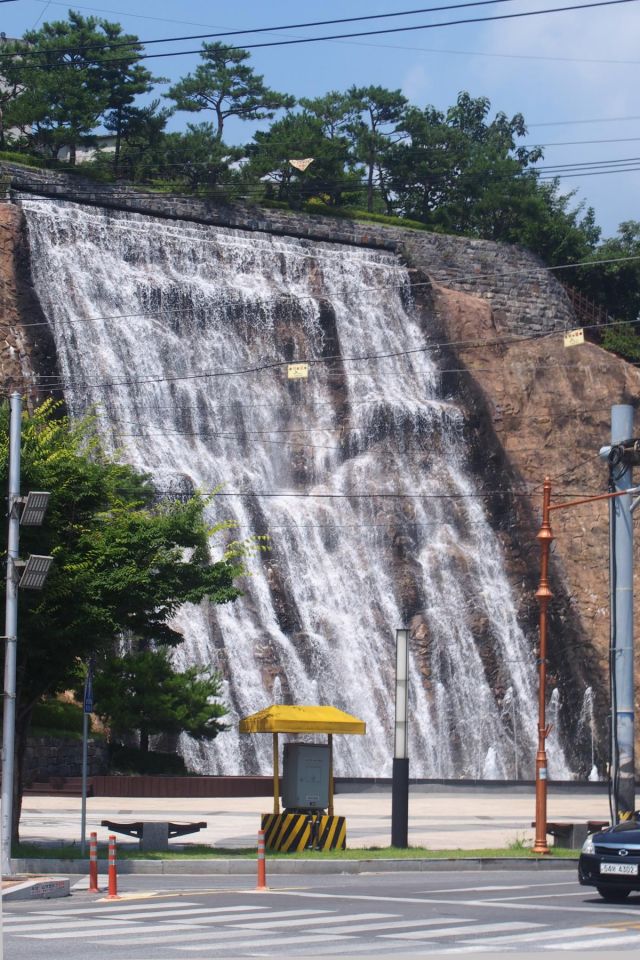 The waterfall was pretty cool, too. I'm reasonably certain this is an artificial installation. They tend to pop up all over the place. These, by way of contrast, are filial monuments. All were erected in the nineteenth century, although they appear to be related to completely different deaths, none of which involved anyone especially famous. They're just, you know, normal everyday stories about rising above illness, displaying compassion, grief, and determination at the sickness of loved ones. A pity there's more information about the technical construction of these monuments rather than the events that inspired them. 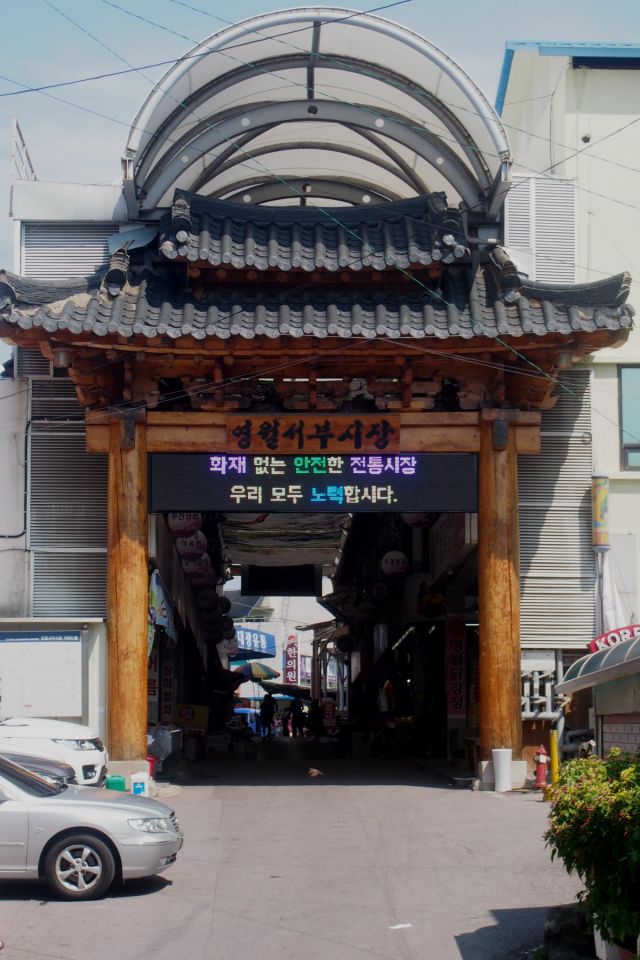 This is more of the usual. Most reasonably sized towns in South Korea have some form of traditional market with a similarly imposing traditional entrance to match. 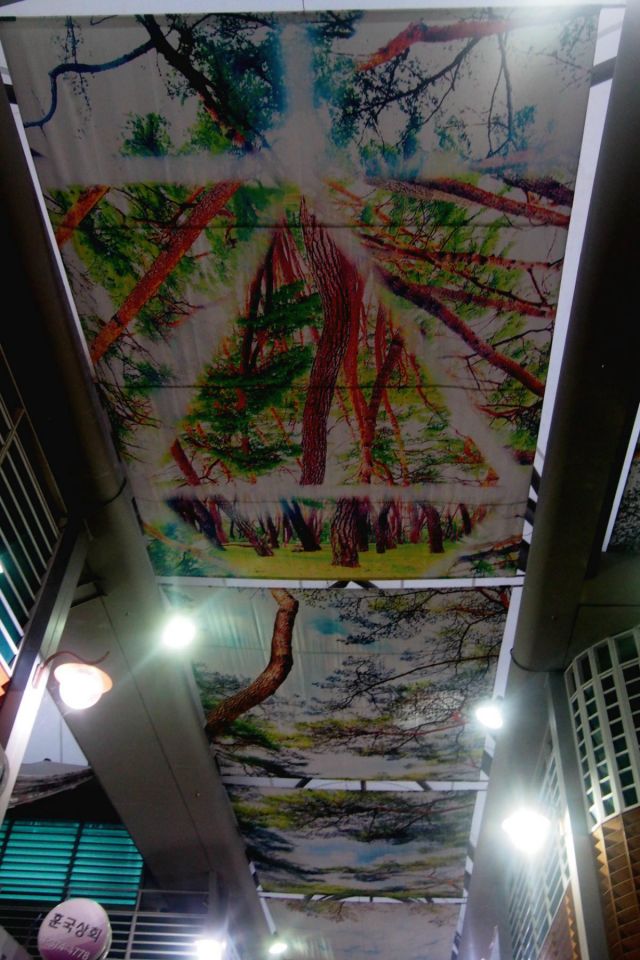 And don't forget to look at the ceiling, should you ever go to a traditional market. There's almost always some sort of elaborate work staring down at you from the ceiling. 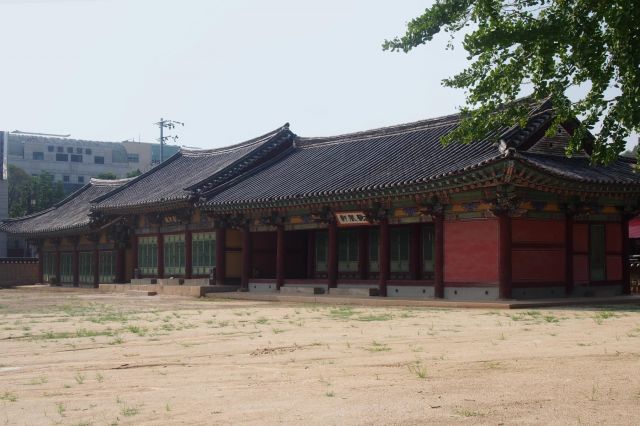 Back to unique, the Jagyu Pavilion (자규루) was built during the reign of King Sejong, briefly became famous because King Danjong recited a poem here, got destroyed by floods, and was eventually rebuilt in the late eighteen century. Yes not...exactly the most exciting of stories, which is probably why the grounds aren't that well-maintained. 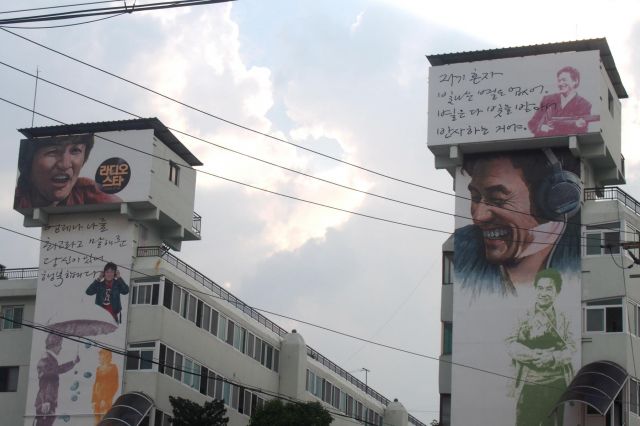 Ah, but King Danjong isn't the only famous person to have done something famous in Yeongwol- "Radio Star" was filmed here, and odd portraits like this to Park Joong-hoon and Ahn Sung-ki are all over the place. There's also a museum, which is of limited value to foreign tourists since "Radio Star" is a bit of a local cult film. 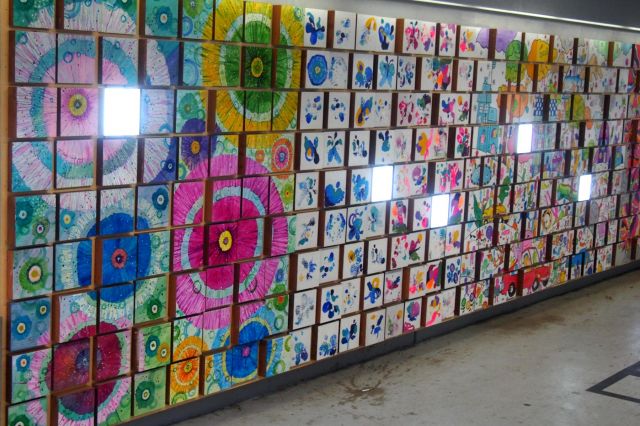 Inside a tunnel around town is the Wessie Vision Gallery (외씨버전 갤러리), which is an elaborate collage of various panels, each of which was submitted by a different person. It's supposed to be symbolic of the bright life possible even in a dark tunnel. This theme hasn't caught on in South Korean civic planning just yet. Which is a shame, really, since it's awfully pretty. 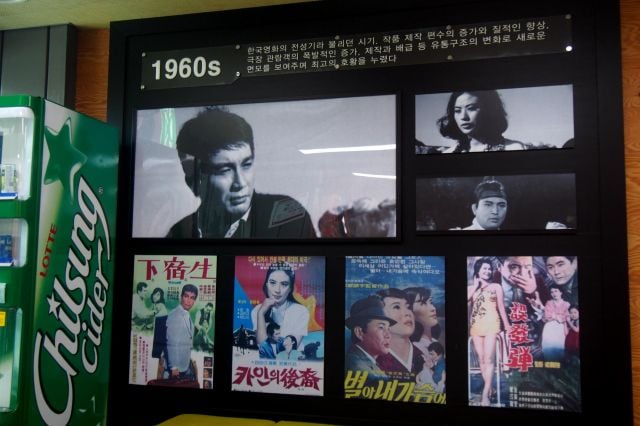 Yeongwol also boasts a rare independent movie theater. Through some form of black magic they have access to first run movies at half the price expected in Seoul. Cool beans. This collage is dedicated to sixties South Korean films- other collages are present for other decades. Ah, the classics- A Student Boarder, Descendants of Cain, The Star in my Heart, and...oh I give up, the Chinese writing on the fourth one is just plain insufferable, even if that's definitely a famous poster. I don't have a clue how Korean people are able to figure out what the names of these old movies are when half of them are written in Chinese. Then again, most of them just don't bother. 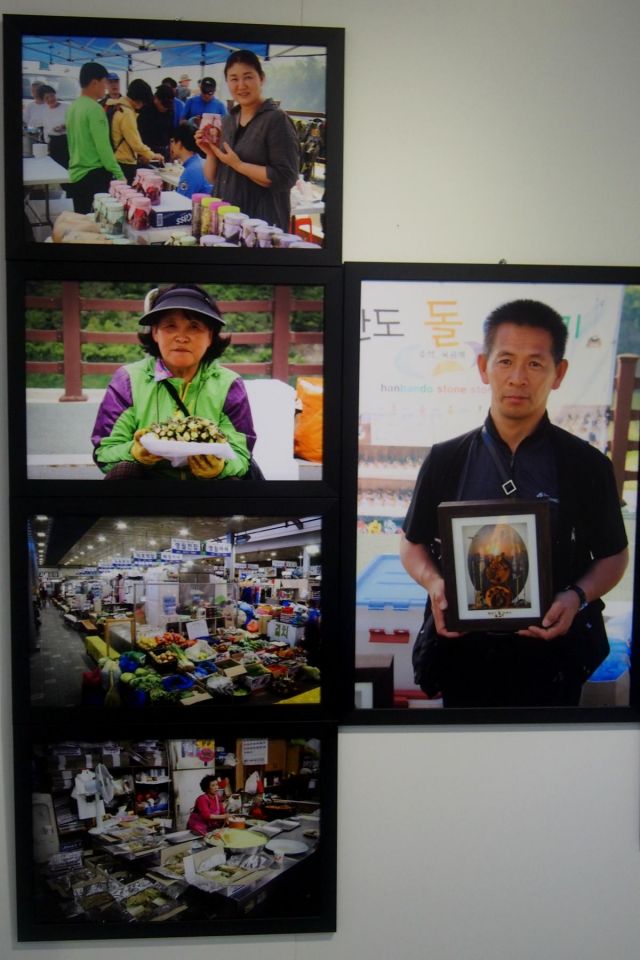 Lastly, a trip to the art gallery. It's rather appropriate for a small, rural town like Yeongwol to have an exhibition honoring the people behind increasingly rare traditional markets. 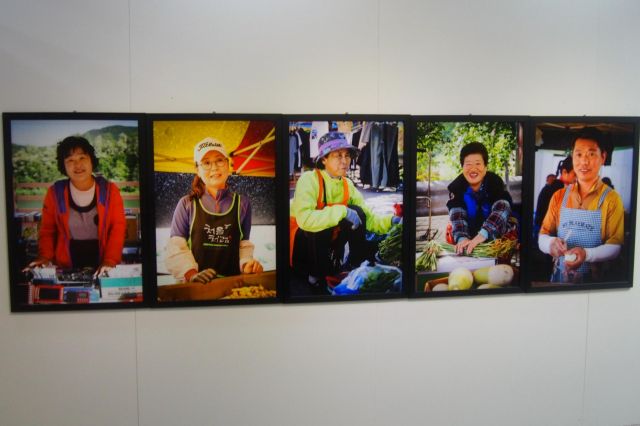 Not the big traditional markets that at this point are largely directed toward tourists, but the personal ones, with shopkeepers who sell you the meat and vegetables used for making dinner. It truly baffles me why anyone would choose to go to a large corporate store when so many of these markets are (or were) in walking distance of residential areas. 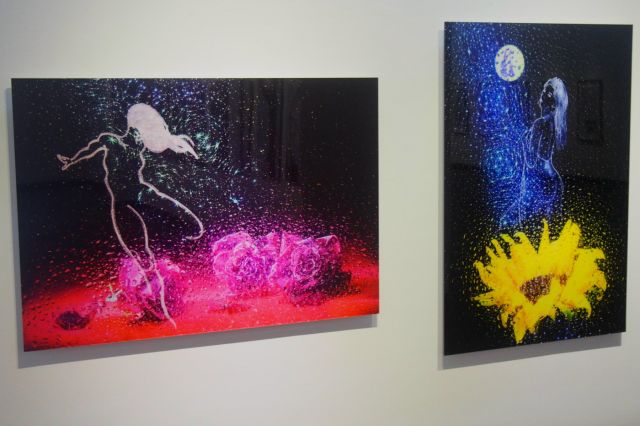 There is, of course, also normal art if that's what you're into. That's a lot of what makes a place like Yeongwol so appealing for walking tours. It's astonishing the sheer amount of interesting stuff you'll run into by complete accident. 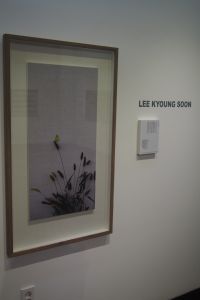 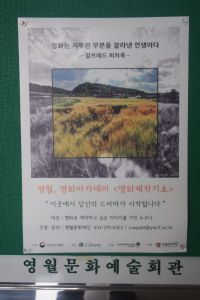 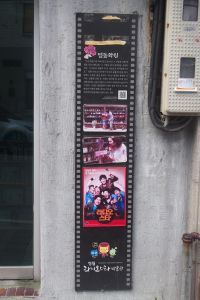