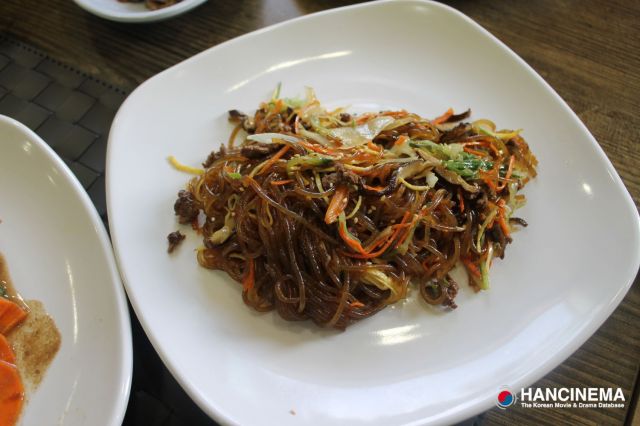 My trip to Korea was full of amazing opportunities. I went to the world-renowned BIFF 2015, saw multiple K-pop concerts, visited breathtaking historical sites both modern and ancient, and interviewed many fabulous people. But it was one woman's school and class that may have been the pinnacle of that experience: a Q&A and lesson with Chef and Food Director Kim Su-jin-I and Teacher Lee "Ellie" Hye-won of the Food & Culture Academy. The Q&A was a lesson in how Korean food embodies the spirit of its vivacious people and what makes Korean food unique. Then we, the members of Korea Joa 2015, got to make two quintessential Korean dishes: japchae and bulgogi. Those members with dietary restrictions learned how to make haemul jeon. Check the recipes out at the end of this piece.

Since Korea Joa 2015's lesson, the academy has changed locations and it can now be found at 5F, Shin-Woo B/D, 116 Pirundae-ro, Jongno Gu, Seoul, South Korea. When one enters one is greeted by pictures of the beautiful and famous posing with both Director Kim and Teacher Lee. Yeo Jin-goo, Lee Je-hoon, Jo In-sung, Kim Joon-hyun, Kim Yu-na, Im Won-hee, Jung Joo-yeon all graced the walls and it was rather exciting to be headed into the same kitchen as the talented people I admire. 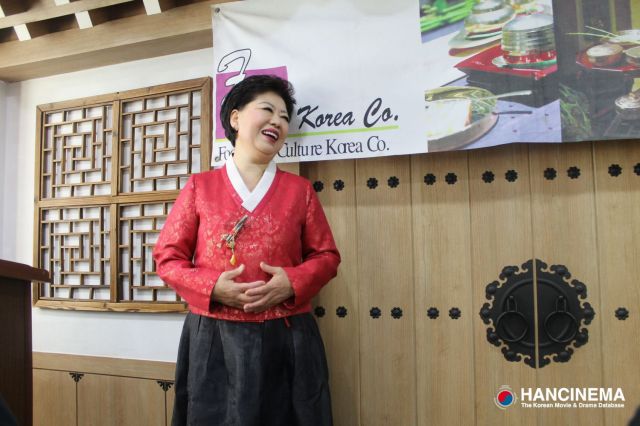 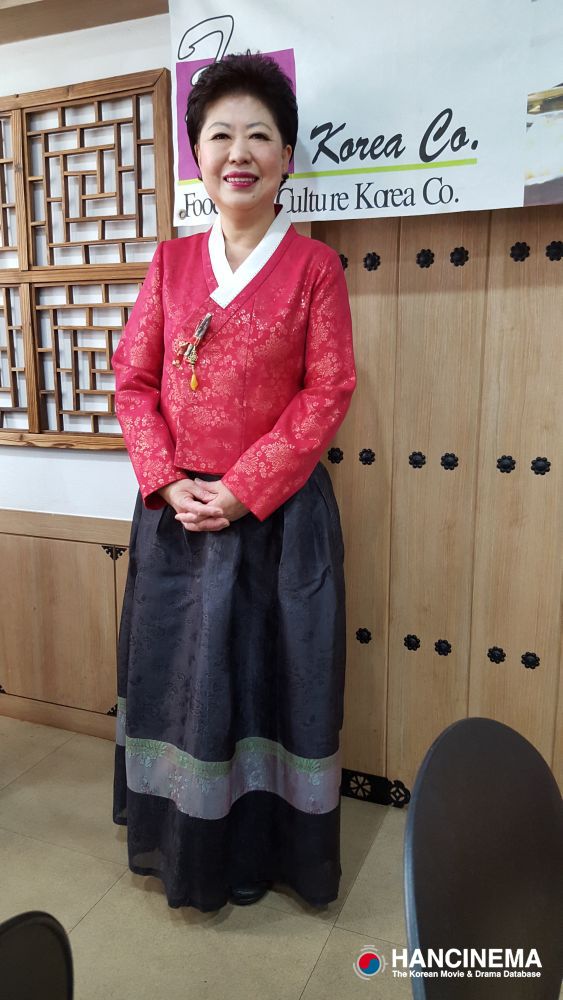 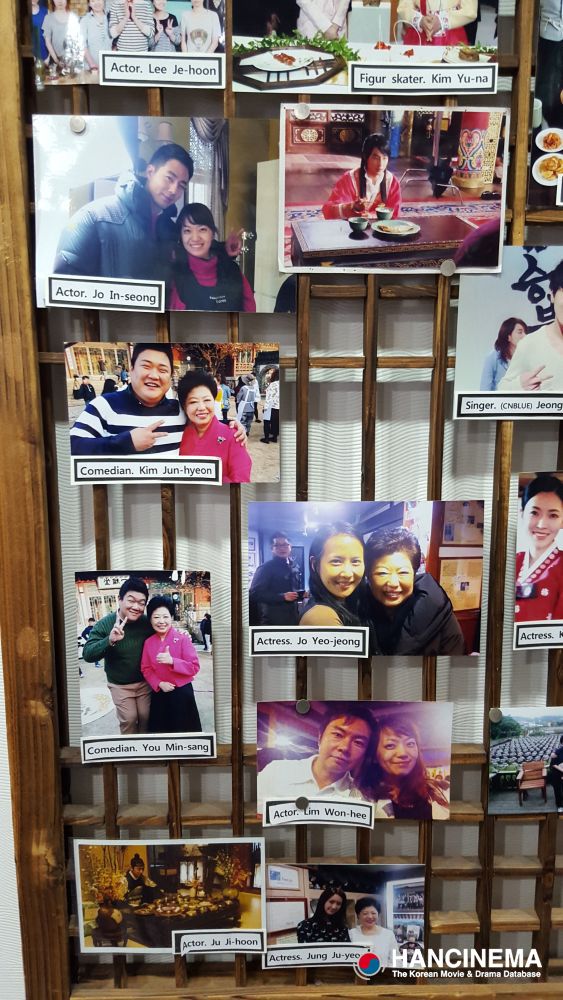 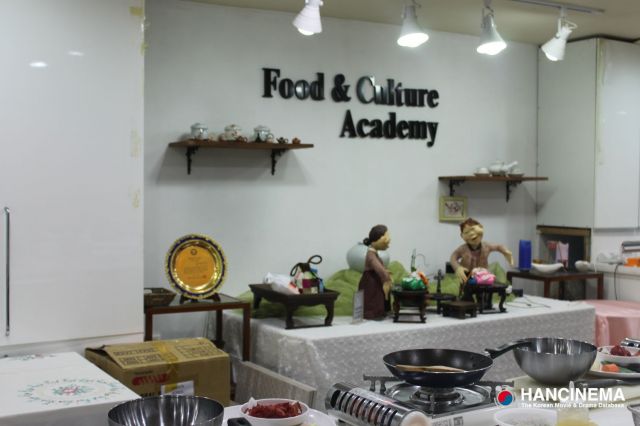 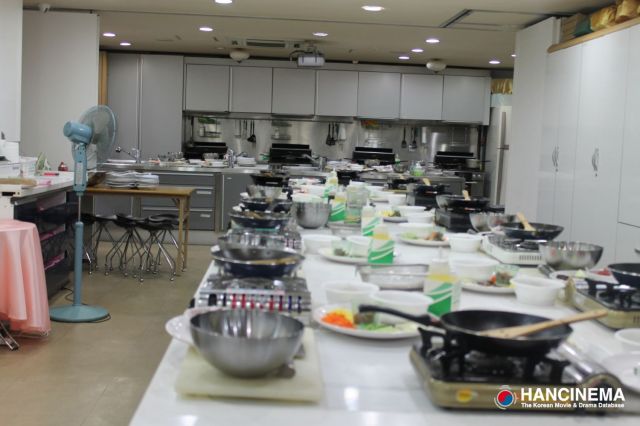 Director Kim began food directing in 2005 with the film "The King and the Clown" and continued her prolific career with such memorable films and dramas as "Chronicle of a Blood Merchant", "The Royal Tailor", "Memories of the Sword", "A Frozen Flower", "Le Grand Chef", "Gourmet", "Portrait of a Beauty", and "That Winter, the Wind Blows". Not only does she work on film and drama and run a culinary academy, but she also is the head chef for huge events such as dinners at embassies. She understands, and loves, Korean food and its role in health, life, and, mostly importantly, Korean culture. The pride Director Kim feels was palpable as she stood in her beautiful hanbok and gracefully answered the question of the Korea Joa 2015 members.

HanCinema was curious about how Director Kim portrays food and eating, an activity that requires all five senses to enjoy, when the screen only allows for the viewers to witness sight and sound. Director Kim explained that older films and dramas focused mostly on sight, but now the camera captures the sounds of cooking and eating and the expressions made by the actors as they eat the food. It is those expressions that pass along the taste, smell, and feel of the food.

Through the other questions we also learned that Director Kim is constantly cooking the same dishes and replacing them so that the food looks delicious and fresh throughout the long filming process. She also gets literal hands on experience with the stars as she trains the beautiful and famous to do such things properly hold a knife (because what woman wouldn't want to hold Yeo Jin-gu's hand?) She makes friends with the stars after they learn from her; they often study for months at a time. 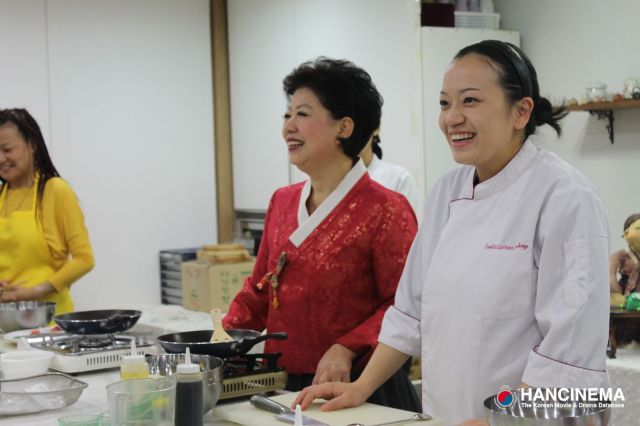 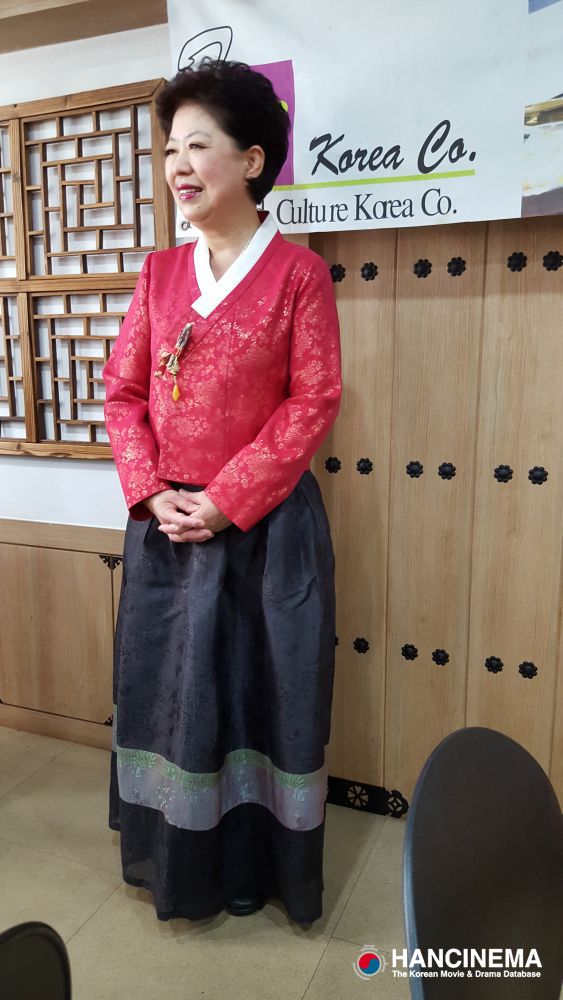 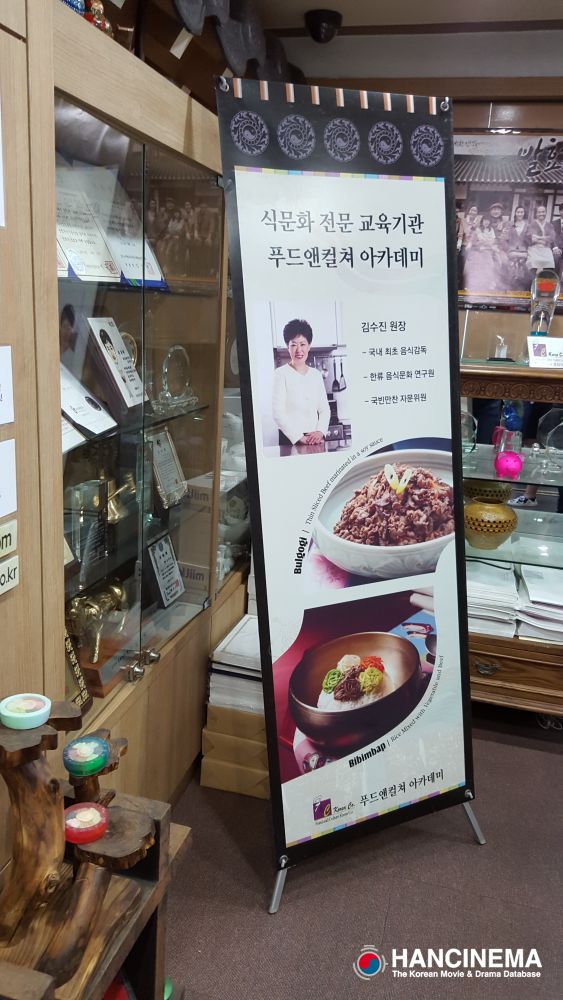 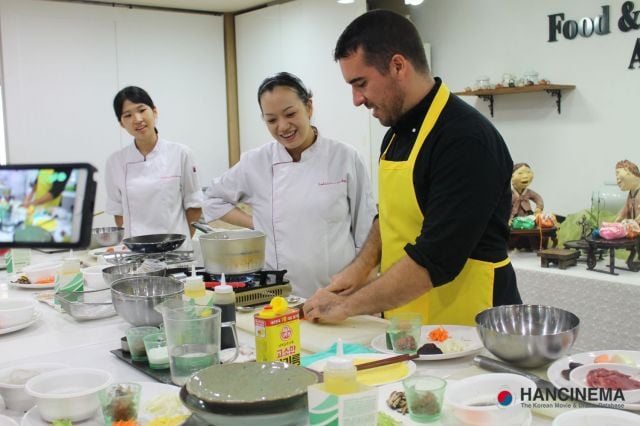 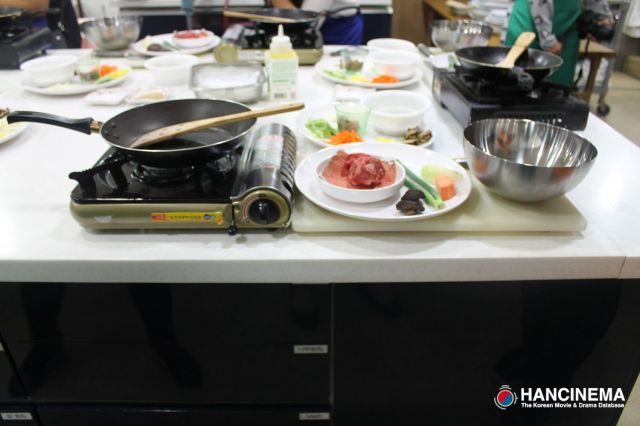 Director Kim also talked about Korean food and what makes it special, while questions from the members fleshed out that knowledge so that we could share it with you, HanCinema readers. In her travels all over the world, Director Kim teaches restaurant owners the secrets of Korean cooking, and one of them is a world superfood: kimchi. There are over two-hundred varieties of this nutrient-packed fermented food. Like fine wine, it only gets better as it ages, multiplying its nutritional value and flavor. Director Kim offered us radish kimchi as a side dish while we enjoyed the labors of our cooking lesson. Side dishes are also unique to Korean cooking. They are called "banchan" and made of fish, meat, and vegetables. Whatever nutrients the main dish, rice, or soup lacks, the banchan supplement. They make Korean food extremely healthy - those sitting around a Korean table always have a well-rounded diet!

In the kitchen, HanCinema attended a cooking class on japchae and bulgogi under the tutelage of Team Manager and Teacher Hyewon "Ellie" Lee. She first demonstrated how to cook the dishes and then she, Director Kim, and the academy staff helped Korea Joa 2015 take a gander at the two famous Korean dishes. I have to say, this part was incredibly fun as I love to cook. It was also fun watching the other members working on their dishes. I even got some help with Director Kim who was patient and sweet.

After the cooking process, we all sat down to sample our food. All of our dishes, despite using the same ingredients, tasted slightly different, but in the end were still quite delicious. And, I got a certificate from the academy in cooking japchae and bulgogi! Thank you Director Kim, Teacher Lee, and the staff of the Food & Culture Academy. 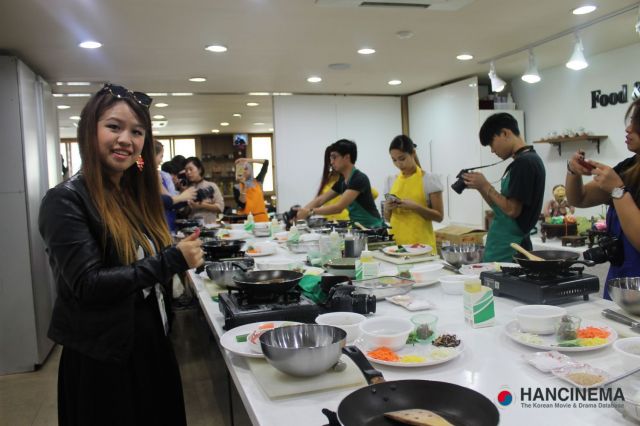 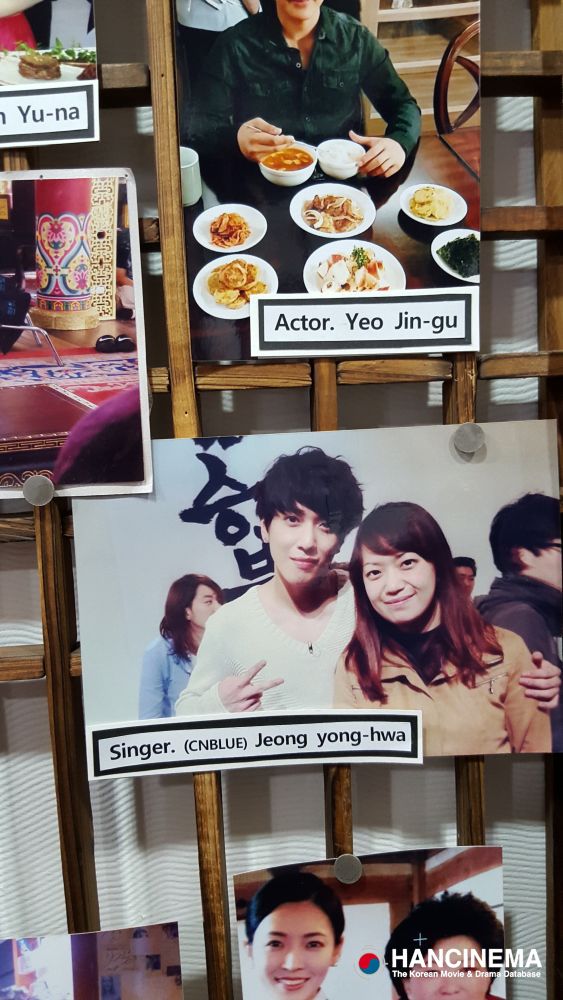 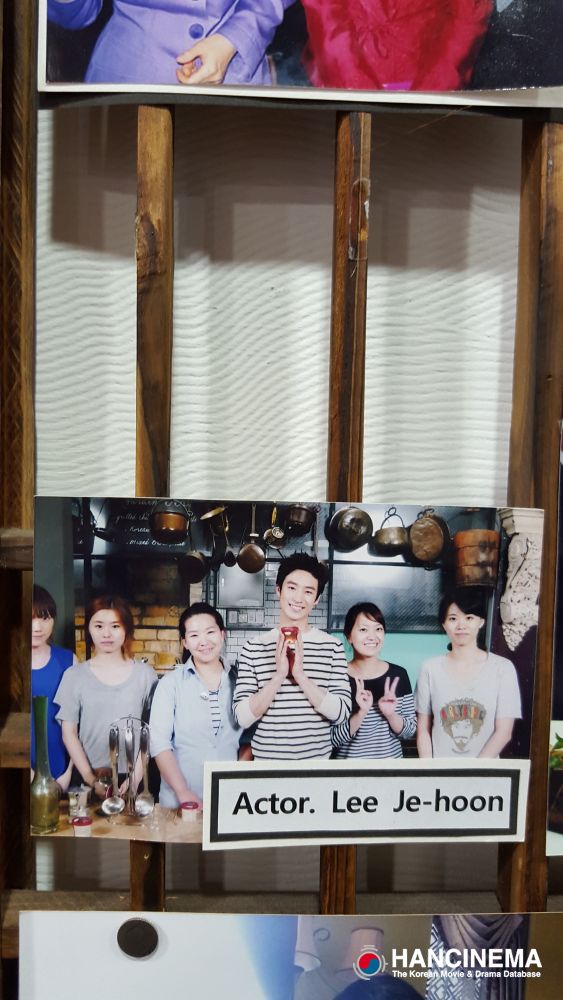 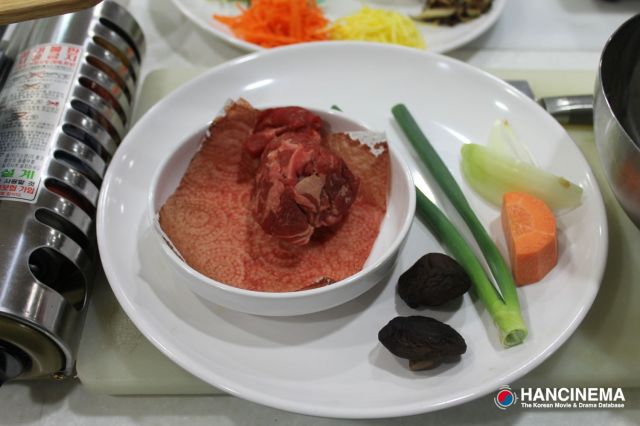 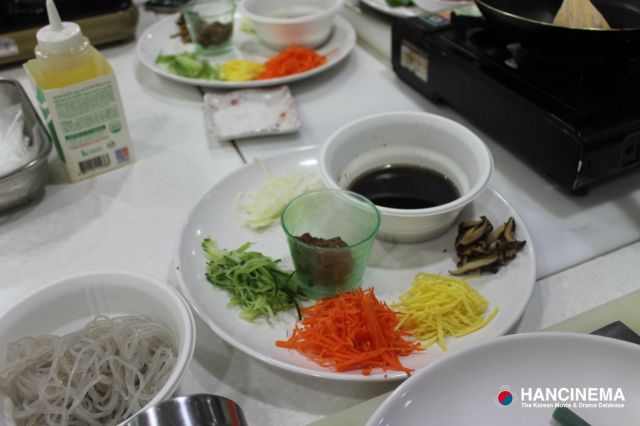 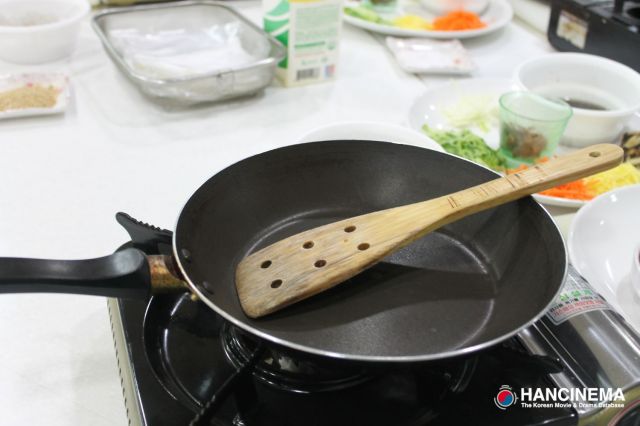 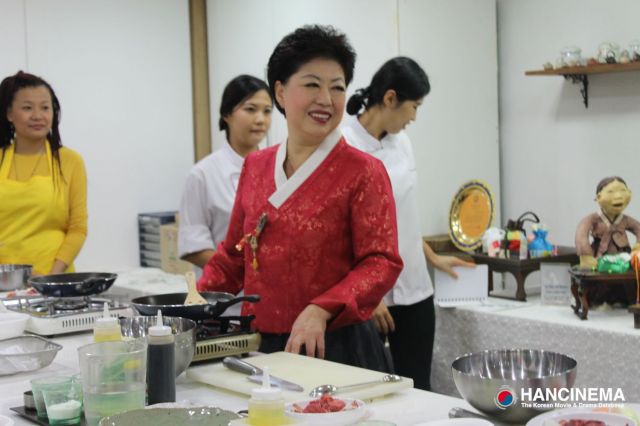 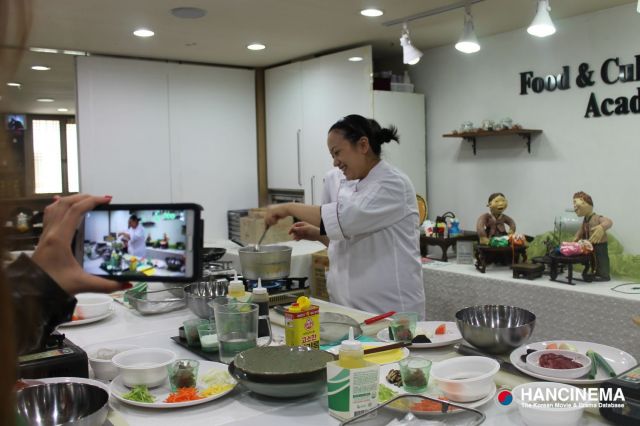 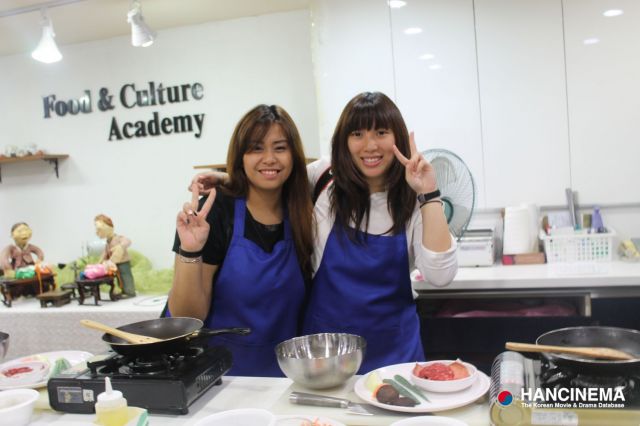 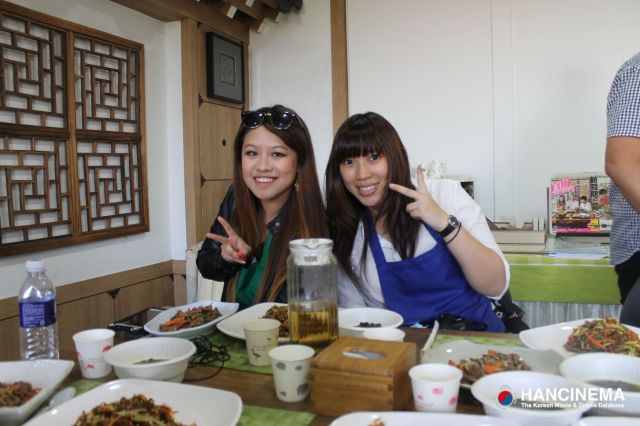 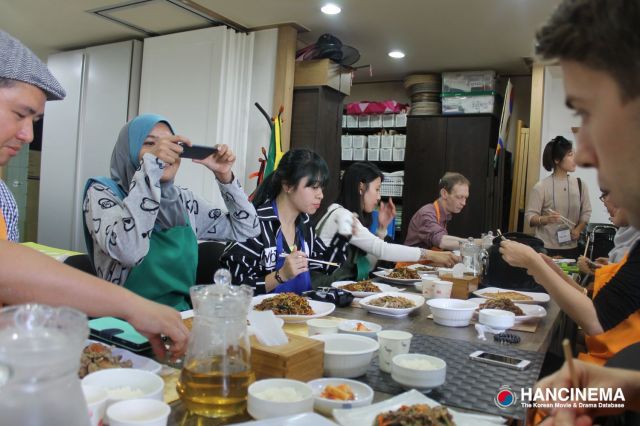 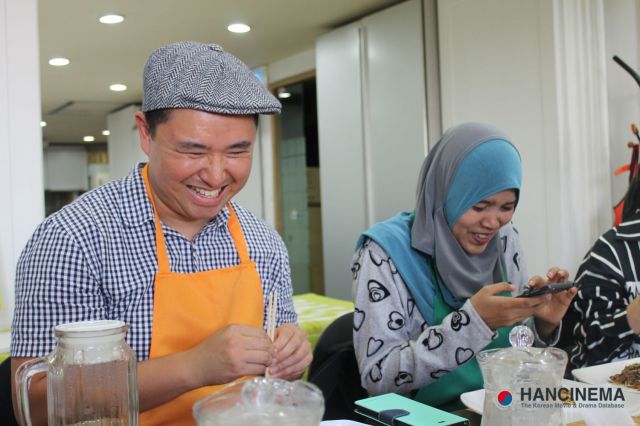 'Bul' means fire while 'gogi' means meat. Bulgogi is one of the most popular Korean dishes, made all around the world.

2. Slice carrots, onion and mushrooms. Make sure to cut carrots very thin because they take longer to cook.

3. Slice the green onion diagonally so you will get a stronger flavor because there is more exposed area.

5. Add the beef into the marinade sauce and give them a gentle massage.

6. Add carrots, onions, mushrooms and green onion together and let them be for 15 minutes so the ingredients and the sauce can mix very well.

7. Fry them on the pan with medium heat until the beef turn into brownish color (about 7-10 minutes), then its ready to serve!

'Jap' means stirred and 'chae' means vegetables. Japchae is one of the traditional Korean cuisine and usually served on holidays or special occasions (birthdays, anniversaries, etc). The glass noodles used in this recipe has springy and slightly chewy texture which is made from sweet potatoes.

70 grams Beef (can be replaced with chicken, shrimp, squid, etc.)

1 Shiitake mushroom (can substitute with any mushroom)

1. Add a pinch of salt into boiling water and cook the noodles on high heat for 2 minutes. Rinse in cold water and drain. Set aside.

2. Separate the yolk from the white to make egg garnish. Slice them thinly and prettily.

5. Stir-fry every single vegetables separately to avoid the color and the taste mixed together. Starting off with lighter color to the darker color (onion – cucumber – mushroom). Make sure you only use a little bit of oil and add a pinch of salt for every vegetables.

6. Stir-fry the beef without the oil, since we have already added the oil when marinating the beef.

Haemul Pajeon is a widely loved snack in Korea. A combination of seafood, green onions and flavorful batter creates a savory pancake to die for. It's reasonably simple to make, and is also great for parties or gatherings. Koreans usually enjoy haemul pajeon with makgeolli (milky Korean rice wine) or soju (Korean vodka).

1. Wash and slice the green onions about 20cm long.

2. Dip the fresh oysters/shrimp/mussel/sliced squid 2-3 times in saltwater, then rinse in running water.

4. Stir and sieve 2 eggs. Add the flour, salt, and water for the batter. You can use your hand to mix them together.

5. Pour the oil first into the pan and place battered green onions on the heated pan.

6. Spread the batter evenly in the pan.

8. Use green and red peppers as garnish, then fry the pajeon front and back.